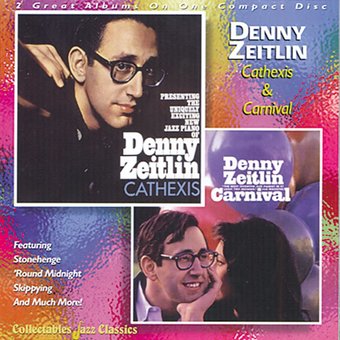 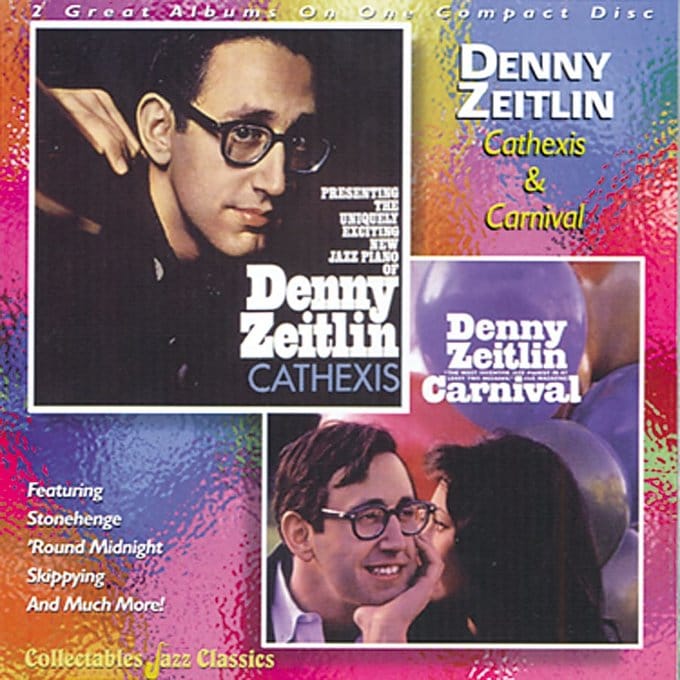 One of the most exciting and original pianists to break through in the 1960s was Denny Zeitlin. This "two-on-one" package (with over 78 minutes of music) contains Zeitlin's breakthrough debut recording "Cathexis" plus the "Carnival" album, on which he demonstrates his personal fusion of technical accuracy with unique lyricism.

2 LPs on 1 CD: CATHEXIS (1964)/CARNIVAL (1965).
Includes liner notes by Nat Hentoff and Leonard Feather.
CATHEXIS:
Personnel includes: Denny Zeitlin (piano).
CARNIVAL:
Personnel: Denny Zeitlin (piano); Charlie Haden (bass); Jerry Granelli (drums).
Personnel: Jerry Granelli (drums).
Liner Note Authors: Leonard Feather; Nat Hentoff.
Recording information: 02/19/1964-10/30/1964.
Since the 1960s, pianist Denny Zeitlin's recording career has been erratic due to his concentration on his full-time psychiatric practice, so the reissue of some of his earliest recordings will hopefully satisfy fans who haven't had anything new to acquire since his 1992 Live at Maybeck Recital Hall. This two-fer, Cathexis/Carnival, finds bassist Cecil McBee and drummer Frederick Waites joining him on the first session, which concentrates on Zeitlin's superb originals. The intelligent buildup from the repeated motif of the intense, boppish "Repeat," the rich voicings within "I-Thou," and the dazzling runs through the blazing "Cathexis" make it no surprise that Zeitlin received critical acclaim early in his career. The moody interpretation of "'Round Midnight" adds an extra touch of eeriness to an already moody work, while his spacey introduction to "Nica's Tempo" and altered harmony to George Gershwin's "Soon" are also refreshing. Bassist Charlie Haden and drummer Jerry Granelli join the pianist on the Carnival session. Zeitlin's "Carole's Garden" has been recorded several times by other musicians since its debut on Carnival, though Zeitlin's earliest version is unfortunately faded out at the three-minute mark. His tranquil "After the War" is so softly played that it would hush the noisiest nightclub crowd. Because four tracks from the Carnival recording are omitted from this compilation, collectors are advised to seek out the original release as well. ~ Ken Dryden

Denny Zeitlin
Stairway to the Stars [Digipak]
$14.90
Add to Cart

Denny Zeitlin
Wishing on the Moon [Digipak]
$16.30
Add to Cart