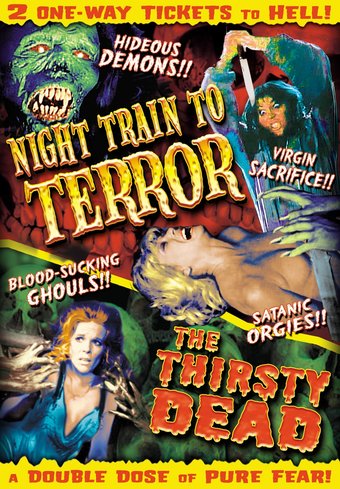 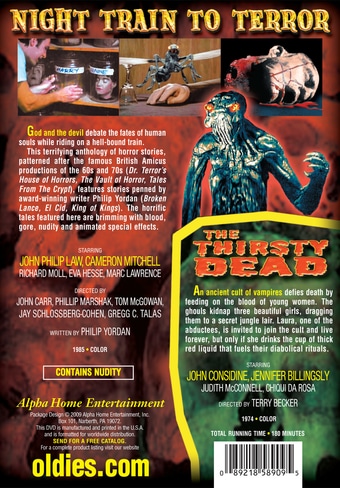 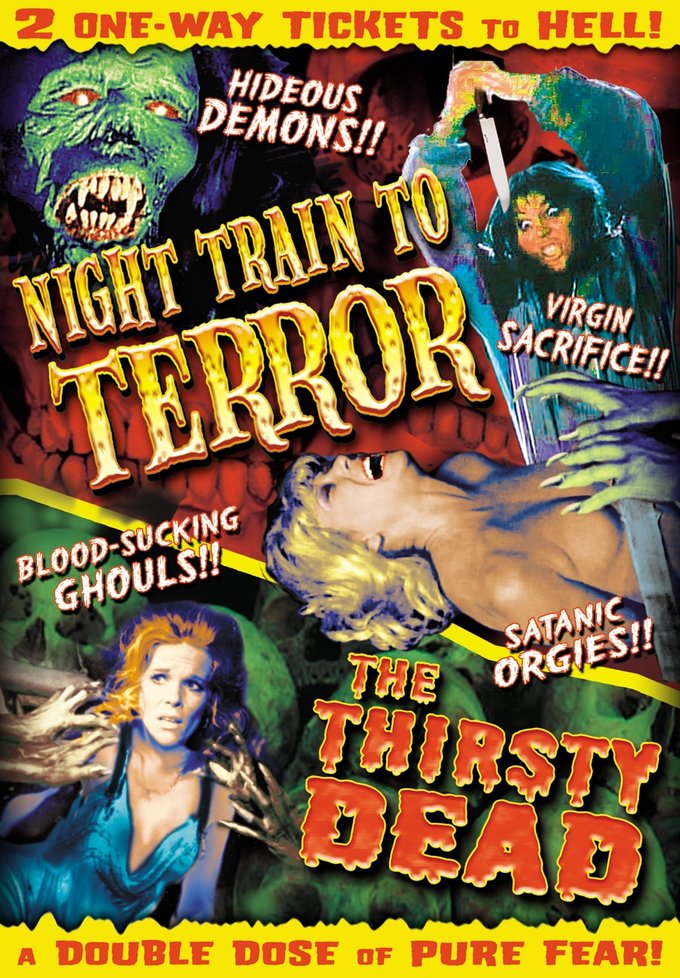 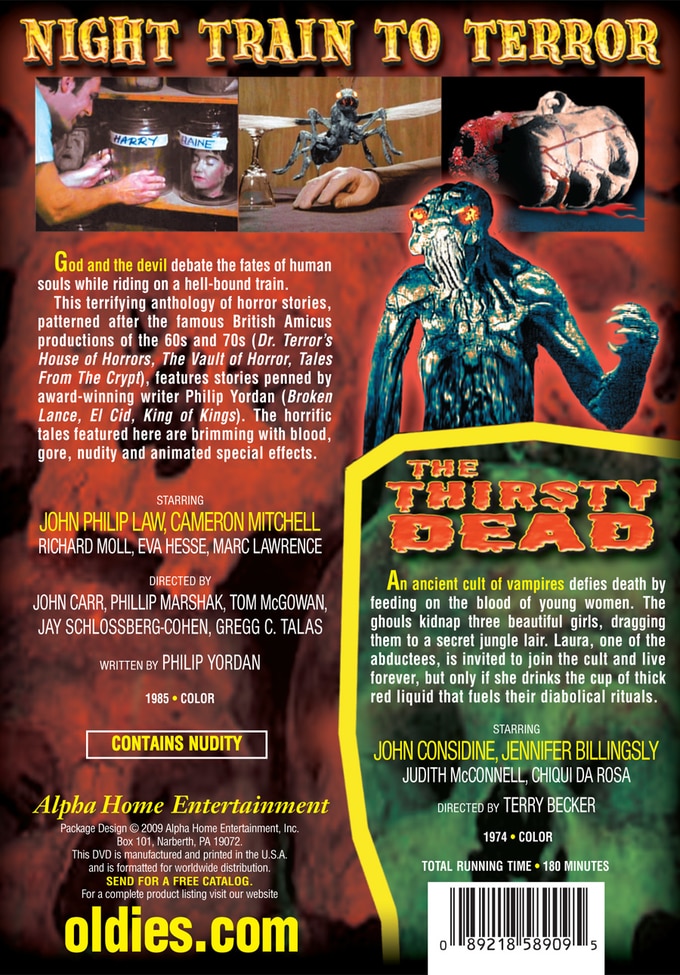 Night Train To Terror (1985, Color): God and the devil debate the fates of human souls while riding on a hell-bound train. This terrifying anthology of horror stories, patterned after the famous British Amicus productions of the 60s and 70s (Dr. Terror's House of Horrors, The Vault of Horror, Tales From The Crypt), features stories penned by award-winning writer Philip Yordan (Broken Lance, El Cid, King of Kings). The horrific tales featured here are brimming with blood, gore, nudity and animated special effects.

The Thirsty Dead (1974, Color): An ancient cult of vampires defies death by feeding on the blood of young women. The ghouls kidnap three beautiful girls, dragging them to a secret jungle lair. Laura, one of the abductees, is invited to join the cult and live forever, but only if she drinks the cup of thick red liquid that fuels their diabolical rituals.