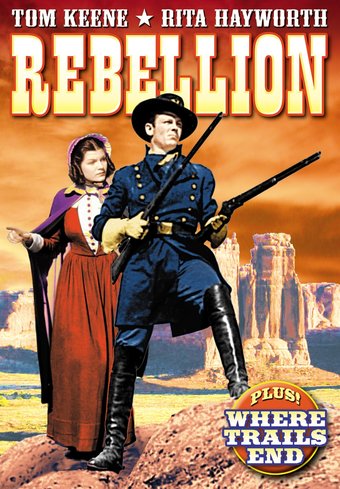 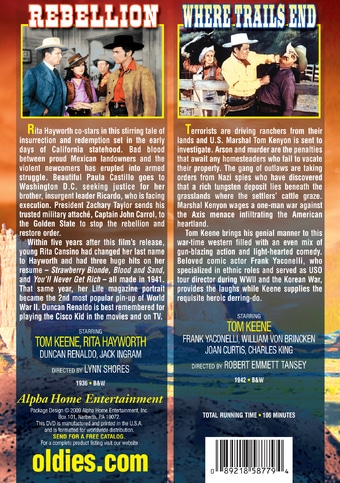 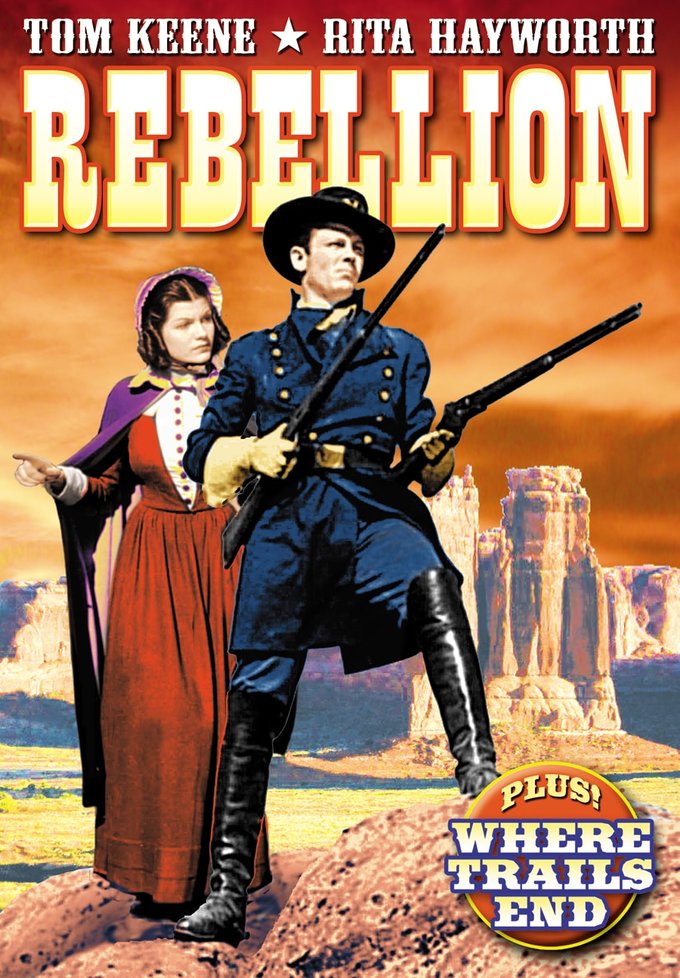 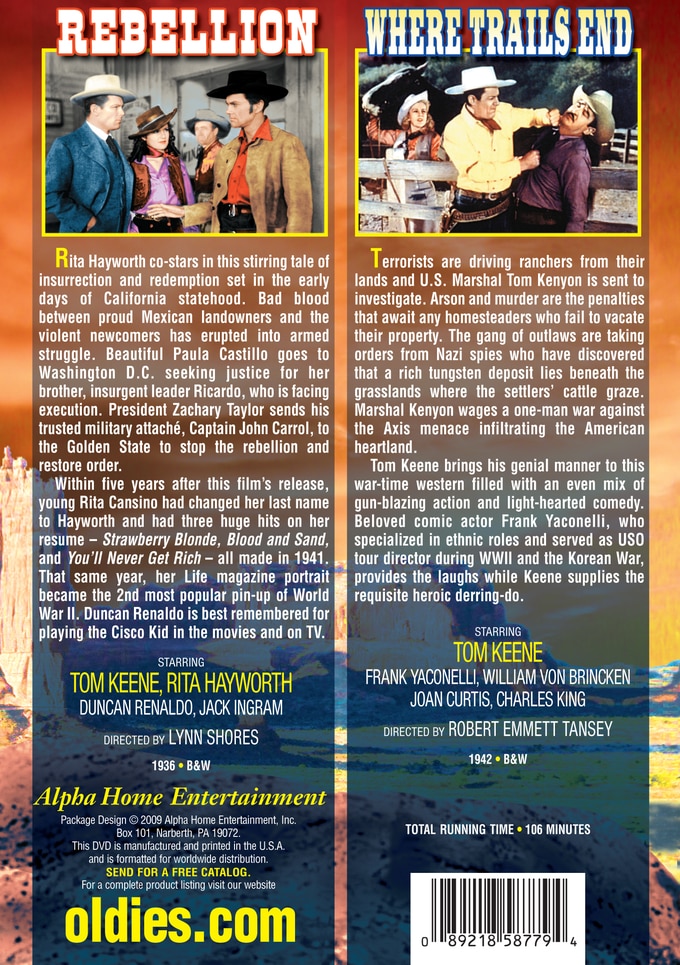 Within five years after this film's release, young Rita Cansino had changed her last name to Hayworth and had three huge hits on her resume - Strawberry Blonde, Blood and Sand, and You'll Never Get Rich - all made in 1941. That same year, her Life magazine portrait became the 2nd most popular pin-up of World War II. Duncan Renaldo is best remembered for playing the Cisco Kid in the movies and on TV.

Where Trails End (1942, B&W): Terrorists are driving ranchers from their lands and U.S. Marshal Tom Kenyon is sent to investigate. Arson and murder are the penalties that await any homesteaders who fail to vacate their property. The gang of outlaws are taking orders from Nazi spies who have discovered that a rich tungsten deposit lies beneath the grasslands where the settlers' cattle graze. Marshal Kenyon wages a one-man war against the Axis menace infiltrating the American heartland.

Tom Keene brings his genial manner to this war-time western filled with an even mix of gun-blazing action and light-hearted comedy. Beloved comic actor Frank Yaconelli, who specialized in ethnic roles and served as USO tour director during WWII and the Korean War, provides the laughs while Keene supplies the requisite heroic derring-do.