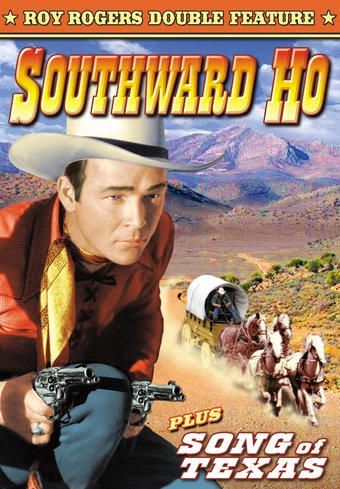 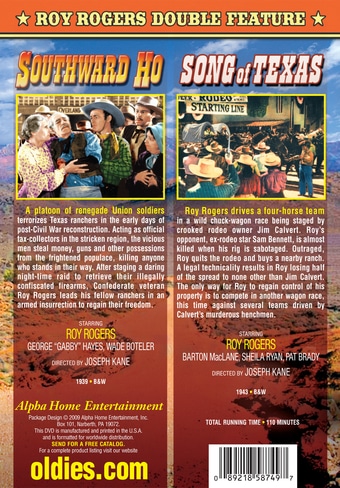 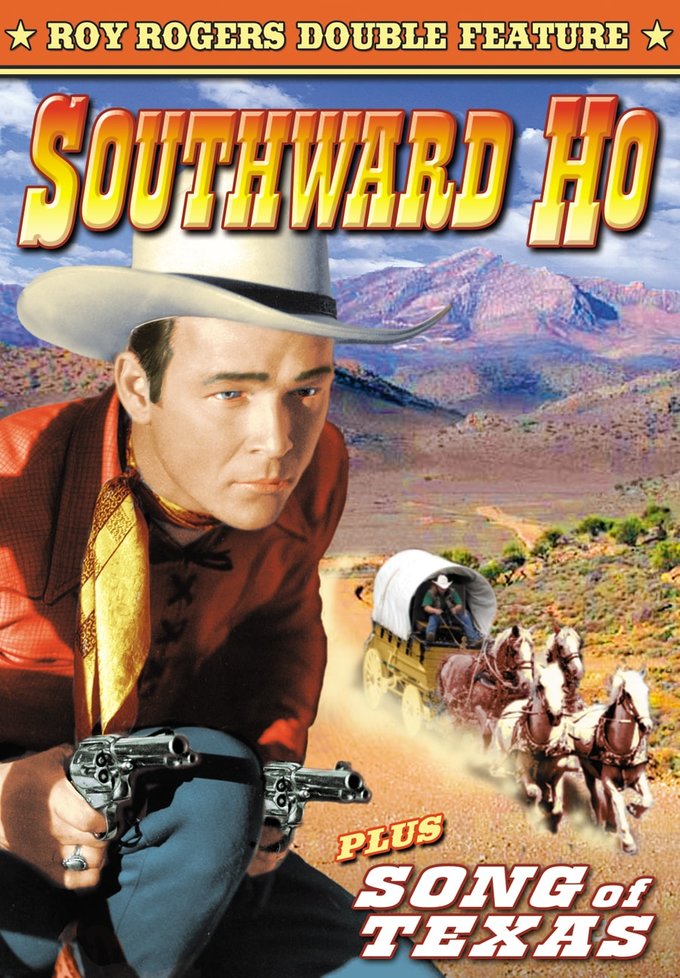 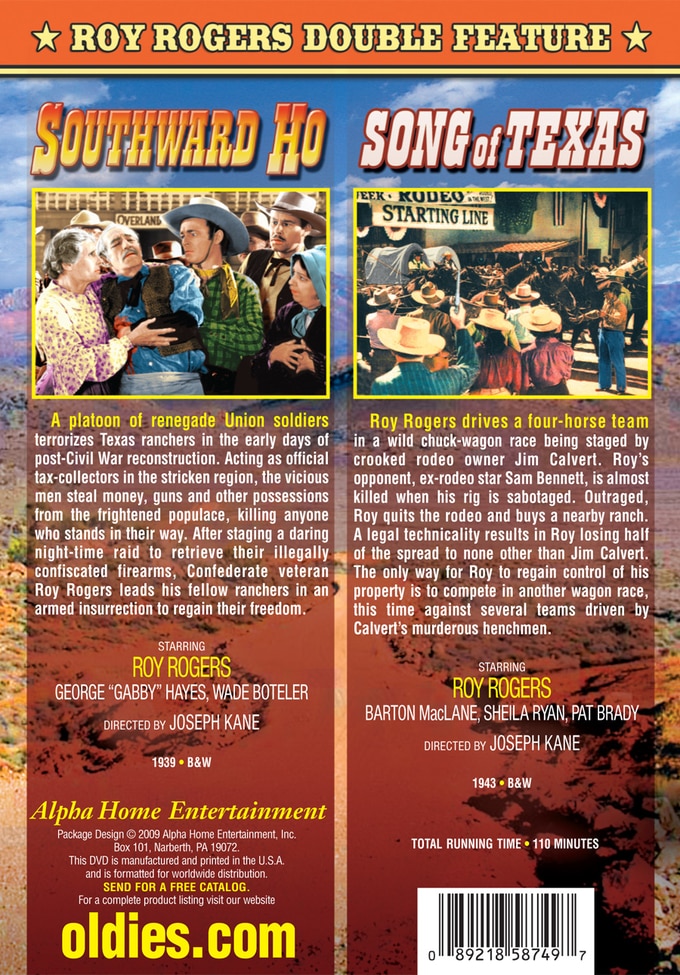 Southward Ho (1939, B&W): A platoon of renegade Union soldiers terrorizes Texas ranchers in the early days of post-Civil War reconstruction. Acting as official tax-collectors in the stricken region, the vicious men steal money, guns and other possessions from the frightened populace, killing anyone who stands in their way. After staging a daring night-time raid to retrieve their illegally confiscated firearms, Confederate veteran Roy Rogers leads his fellow ranchers in an armed insurrection to regain their freedom.

Song Of Texas (1943, B&W): Roy Rogers drives a four-horse team in a wild chuck-wagon race being staged by crooked rodeo owner Jim Calvert. Roy's opponent, ex-rodeo star Sam Bennett, is almost killed when his rig is sabotaged. Outraged, Roy quits the rodeo and buys a nearby ranch. A legal technicality results in Roy losing half of the spread to none other than Jim Calvert. The only way for Roy to regain control of his property is to compete in another wagon race, this time against several teams driven by Calvert's murderous henchmen.