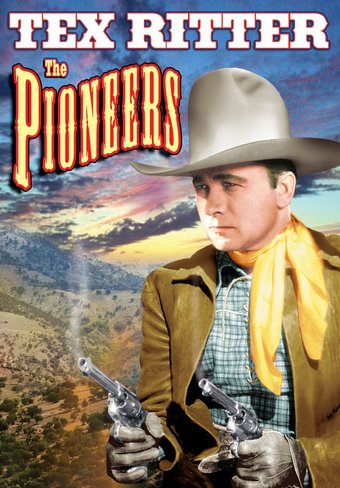 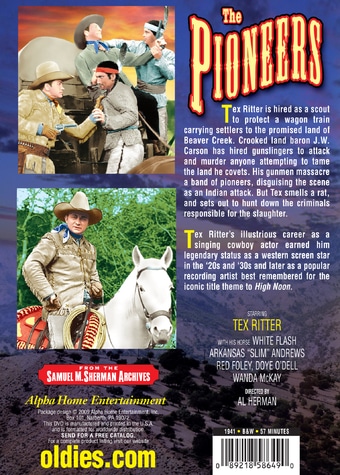 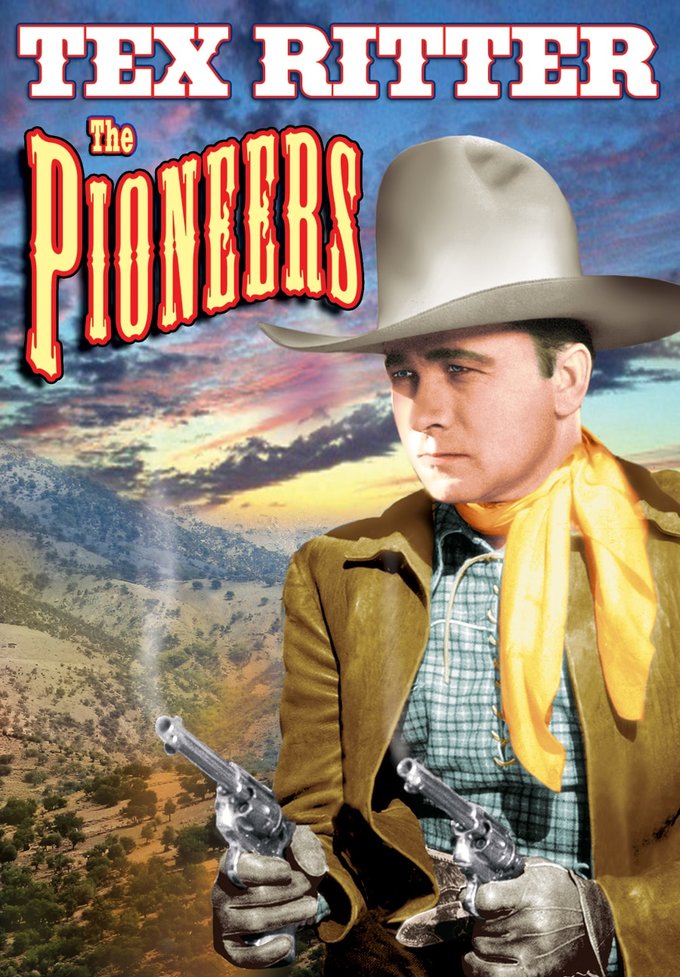 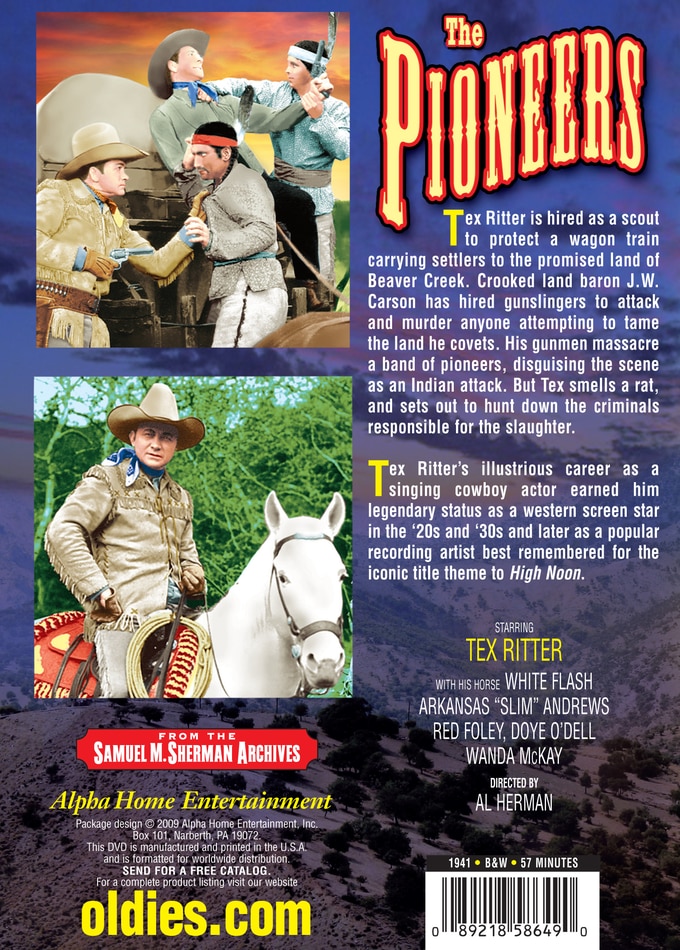 Tex Ritter is hired as a scout to protect a wagon train carrying settlers to the promised land of Beaver Creek. Crooked land baron J.W. Carson has hired gunslingers to attack and murder anyone attempting to tame the land he covets. His gunmen massacre a band of pioneers, disguising the scene as an Indian attack. But Tex smells a rat, and sets out to hunt down the criminals responsible for the slaughter.

Tex Ritter's illustrious career as a singing cowboy actor earned him legendary status as a western screen star in the '20s and '30s and later as a popular recording artist best remembered for the iconic title theme to High Noon.

Tex Ritter's 32nd musical Western for producer Edward F. Finney, THE PIONEERS was also perhaps Ritter's most unusual. "Suggested" by James Fenimore Cooper's 1853 THE LEATHERSTOCKING TALES, the Western featured both Ritter and sidekick Slim Andrews wearing buckskin jackets, the latter even completing his ensemble with a homey coonskin cap. Ritter and Andrews played trail guides saving a wagon train from an Indian attack, much to the dismay of land owner J.W. Carson (Karl Hackett). Carson, along with henchmen Wilson (George Chesebro) and Jingo (Lynton Brent), had orchestrated the raid in an attempt to scare settlers away from a valuable parcel of land. Tex, meanwhile, is falsely accused of murdering one of the settlers, Ames (Del Lawrence), whose daughter Suzannah (Wanda McKay) Carson has been courting. Ritter narrowly escapes a lynching party to hook up with his pal Red Foley. Together with Slim and Doye O'Dell (of radio fame), they manage to save Suzannah from a fate worse than death and the settlers from Carson's evil machinations. Making their screen debuts, country and western performers Foley and O'Dell played themselves, a rather odd choice for what was ostensibly a Fenimore Cooper adaptation. THE PIONEERS, alas, was Ritter's final solo starring vehicle.

Action | Cowboys
This product is made-on-demand by the manufacturer using DVD-R recordable media. Almost all DVD players can play DVD-Rs (except for some older models made before 2000) - please consult your owner's manual for formats compatible with your player. These DVD-Rs may not play on all computers or DVD player/recorders. To address this, the manufacturer recommends viewing this product on a DVD player that does not have recording capability.