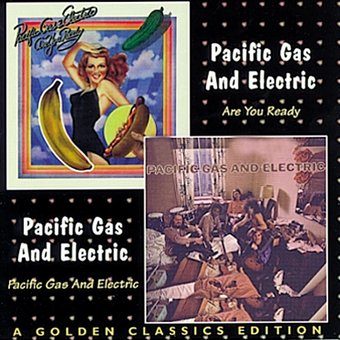 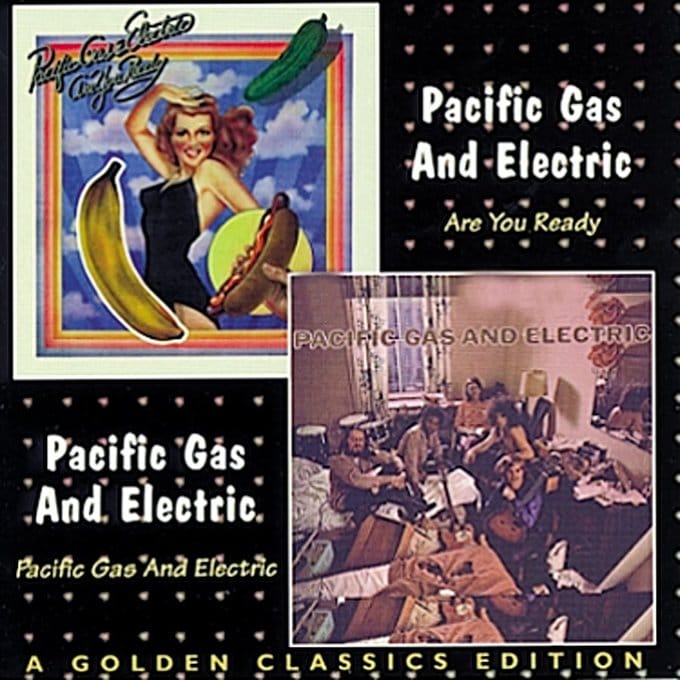 Get email alerts for Pacific Gas & Electric
18 ratings
Currently Out of Stock: We'll get more as soon as possible
Notify Me When Available
Add to Wishlist
Format:  CD
item number:  COL 5860
Related products:
Pacific Gas & Electric: Get It On [The Kent Records Sessions] for $14.98
Vanilla Fudge [1967] for $13.10
Heighty Hi: The Best of Lee Michaels for $17.20
John Mayall: Blues From Laurel Canyon for $14.40
Janis Joplin / Big Brother & the Holding Company: Live At Winterland '68 for $6.50
91% recommend us!

Here's one of the only bands who can say that they're truly powerful. The early seventies West Coast Blues/Rock quintet Pacific Gas and Electric managed to power their way up both the Pop and R&B charts. The group scored a Top 20 hit in 1970 with "Are You Ready", which is included here.

2 LPs On 1 CD: ARE YOU READY (1969)/PACIFIC GAS & ELECTRIC (1970).
This double-disc set brings together the first two albums by California blues-rock outfit Pacific Gas & Electric. Led by soul belter Charlie Allen and former James Gang guitar wizard Glenn Beck, the band played a mix of R&B covers and originals, heavy on showmanship and west coast groove. Though PC&G 's music might not have been quite as interesting as the drama that surrounded them (which included born-again proselytizing and cult deprogramming), they were a solid unit capable of turning out heavy blues on par with the biggest names of the day.