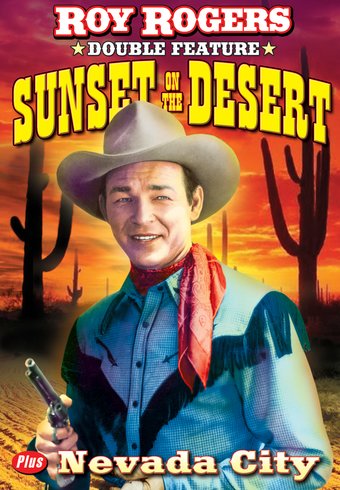 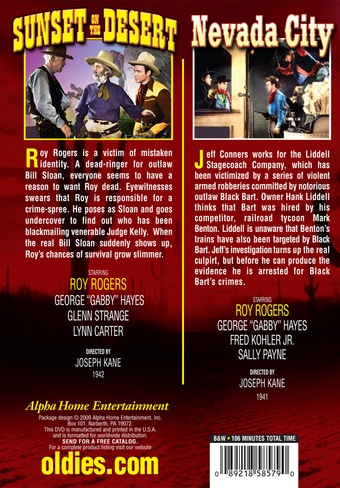 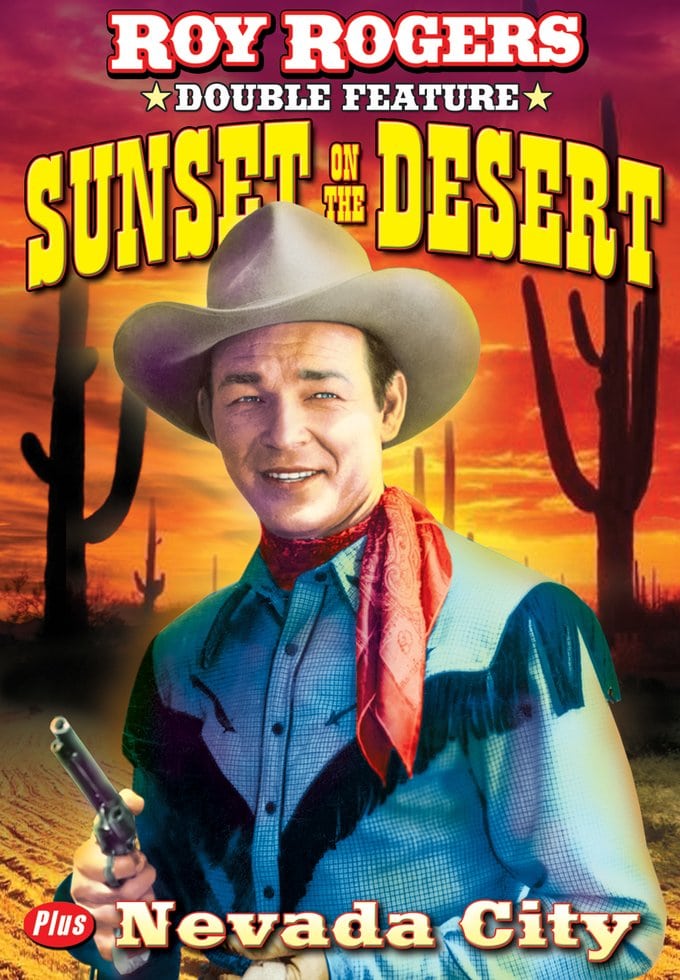 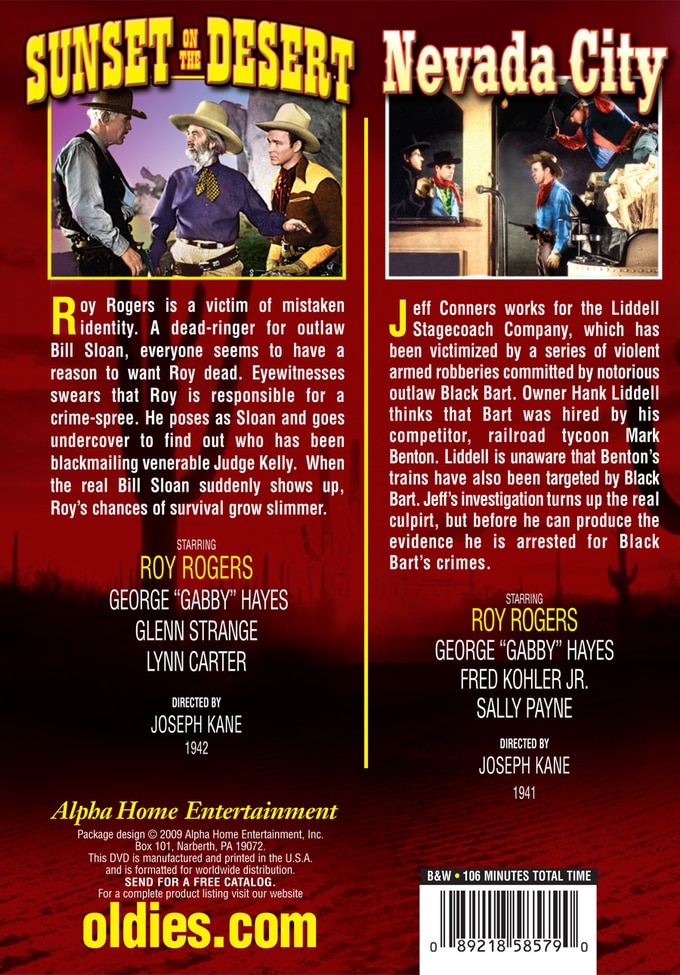 Sunset on the Desert (1942, B&W): Roy Rogers is a victim of mistaken identity. A dead-ringer for outlaw Bill Sloan, everyone seems to have a reason to want Roy dead. Eyewitnesses swears that Roy is responsible for a crime-spree. He poses as Sloan and goes undercover to find out who has been blackmailing venerable Judge Kelly. When the real Bill Sloan suddenly shows up, Roy's chances of survival grow slimmer.

Nevada City (1941, B&W): Jeff Conners works for the Liddell Stagecoach Company, which has been victimized by a series of violent armed robberies committed by notorious outlaw Black Bart. Owner Hank Liddell thinks that Bart was hired by his competitor, railroad tycoon Mark Benton. Liddell is unaware that Benton's trains have also been targeted by Black Bart. Jeff's investigation turns up the real culprit, but before he can produce the evidence he is arrested for Black Bart's crimes.