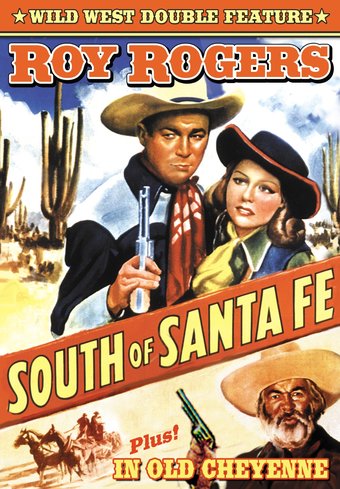 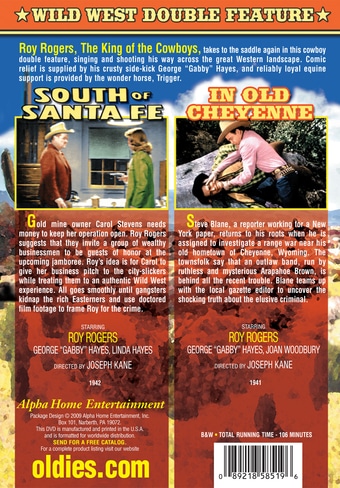 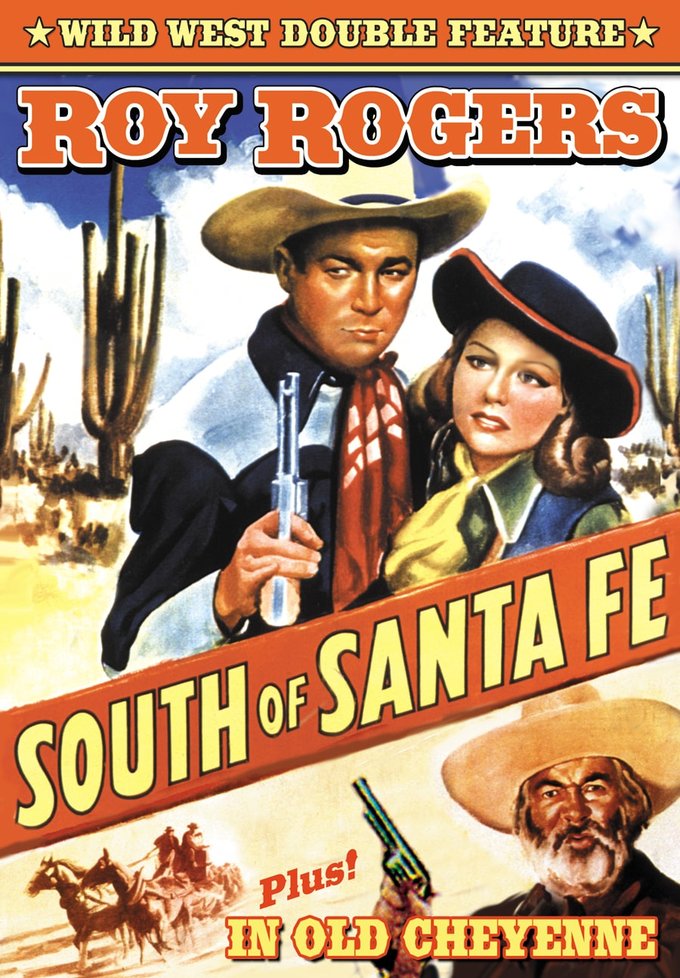 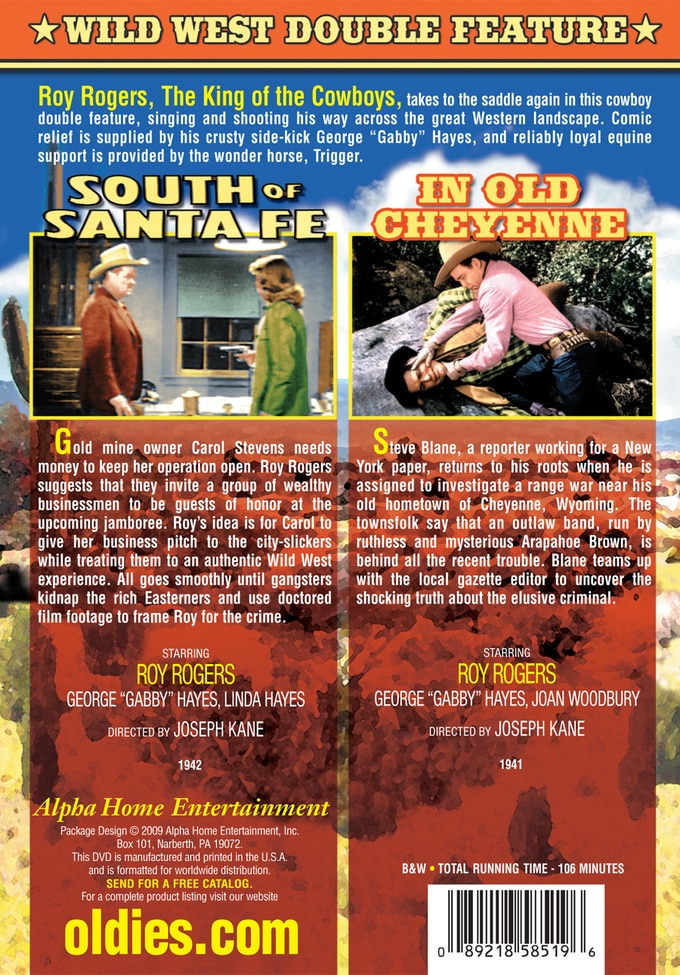 South Of Santa Fe (1942, B&W): Gold mine owner Carol Stevens needs money to keep her operation open. Roy Rogers suggests that they invite a group of wealthy businessmen to be guests of honor at the upcoming jamboree. Roy's idea is for Carol to give her business pitch to the city-slickers while treating them to an authentic Wild West experience. All goes smoothly until gangsters kidnap the rich Easterners and use doctored film footage to frame Roy for the crime.

In Old Cheyenne (1941, B&W): Steve Blane, a reporter working for a New York paper, returns to his roots when he is assigned to investigate a range war near his old hometown of Cheyenne, Wyoming. The townsfolk say that an outlaw band, run by ruthless and mysterious Arapahoe Brown, is behind all the recent trouble. Blane teams up with the local gazette editor to uncover the shocking truth about the elusive criminal.

Horses | Old West
This product is made-on-demand by the manufacturer using DVD-R recordable media. Almost all DVD players can play DVD-Rs (except for some older models made before 2000) - please consult your owner's manual for formats compatible with your player. These DVD-Rs may not play on all computers or DVD player/recorders. To address this, the manufacturer recommends viewing this product on a DVD player that does not have recording capability.