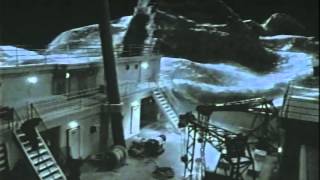 The story begins in London, when a young pickpocket, Jaime Perse, steals his way onboard the Titanic. The cream of high society are gathering there, including society matron Hazel Foley, financier John Jacob Astor, self-made millionaire Wynn Park, and the infamous Molly Brown. But also on-board is Simon Doonan, a hard-bitten criminal determined to rob the first-class passengers and simultaneously destroy Jaime's last chance to start over.

THE TITANIC weaves a captivating mosaic of lives that will touch your heart forever. 1,523 men, women, and children perished the night the Titanic sailed into darkness. Only 705 passengers survived. Their tragic experience will grip your imagination. Their courage will capture your heart.

The Poseidon Adventure (DVD)
$8.98 on Sale
Add to Cart