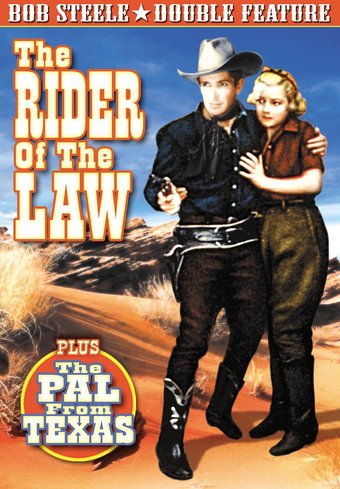 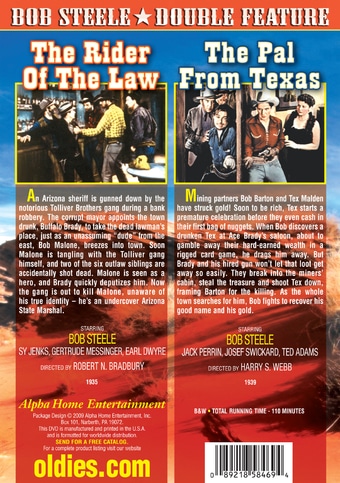 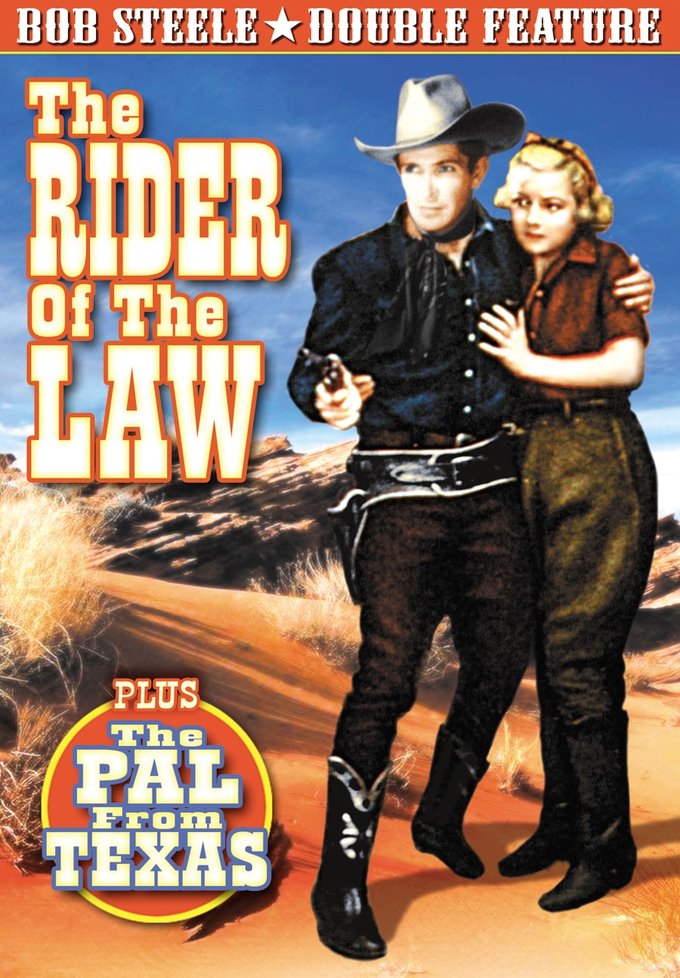 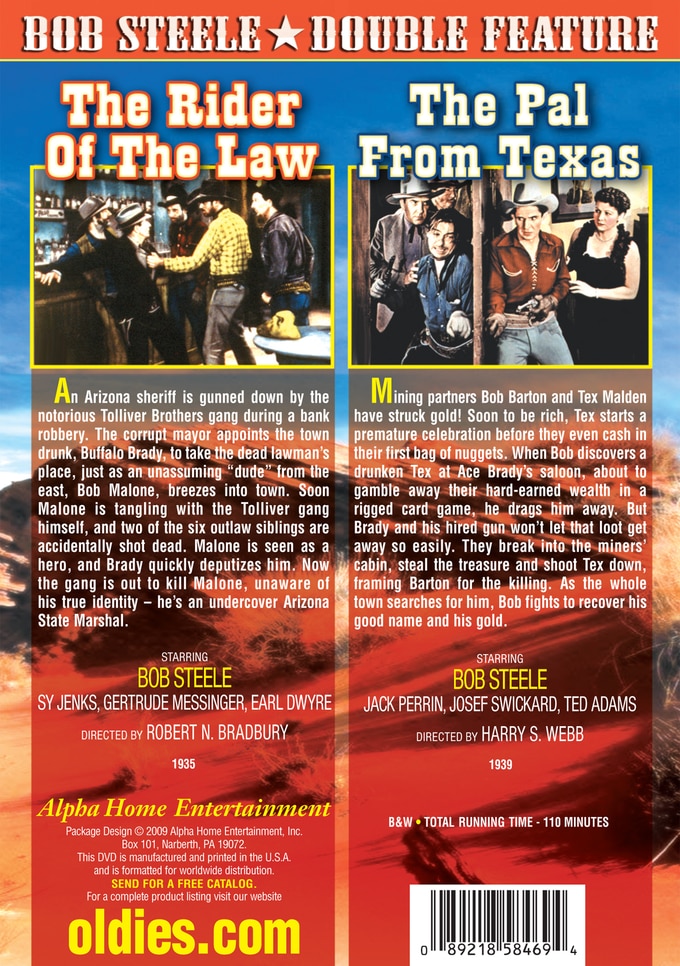 The Rider Of The Law (1935, B&W): An Arizona sheriff is gunned down by the notorious Tolliver Brothers gang during a bank robbery. The corrupt mayor appoints the town drunk, Buffalo Brady, to take the dead lawman's place, just as an unassuming "dude" from the east, Bob Malone, breezes into town. Soon Malone is tangling with the Tolliver gang himself, and two of the six outlaw siblings are accidentally shot dead. Malone is seen as a hero, and Brady quickly deputizes him. Now the gang is out to kill Malone, unaware of his true identity - he's an undercover Arizona State Marshal.

The Pal From Texas (1939, B&W): Mining partners Bob Barton and Tex Malden have struck gold! Soon to be rich, Tex starts a premature celebration before they even cash in their first bag of nuggets. When Bob discovers a drunken Tex at Ace Brady's saloon, about to gamble away their hard-earned wealth in a rigged card game, he drags him away. But Brady and his hired gun won't let that loot get away so easily. They break into the miners' cabin, steal the treasure and shoot Tex down, framing Barton for the killing. As the whole town searches for him, Bob fights to recover his good name and his gold.

This double feature includes two vintage Westerns. The legendary Bob Steele stars in RIDER OF THE LAW, in which a rash of recent bank robberies cripples a small town. But once the agent assigned to the case gets wind of who the perpetrators are, he poses as a regular law enforcer to weed them out. Bob Steele stars again in THE PAL FROM TEXAS.