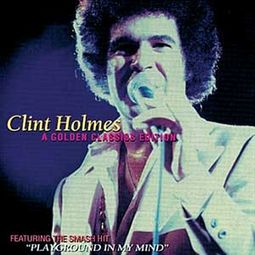 Popular stage & television star Clint Holmes first came to the public's attention as a recording star in the early 1970s. His biggest hit, "Playground In My Mind" (which reached #2 on the Pop charts in 1973), is included in this collection, which also includes other great performance from this versatile performer.

The Righteous Brothers
The Very Best of Unchained Melody (CD)
$13.30
Add to Cart