Zu: Warriors from the Magic Mountain 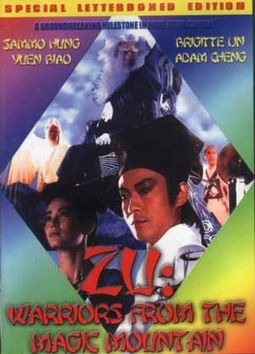 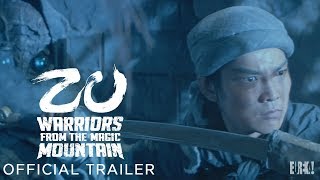 When ZU: WARRIORS OF THE MAGIC MOUNTAIN first appeared in 1983, Hong Kong audiences were shocked by the level of sophistication of the film's special effects. Determined to raise the production values of Hong Kong films to those of the United States, director Tsui Hark hired special-effects experts from Hollywood to help him create a mind-boggling fantastical adventure with flying swords, staffs made of pure energy, a pulsing blood monster, and a wizard with bushy eyebrows that act as long whips. Set in the sublime crags and peaks of Szechuan province during the midst of a senseless war between blue, red, orange, and green factions, ZU is adapted from the 64-volume novel THE LEGEND OF ZU. The story follows unlucky soldier Ti Ming Chi (Yuen Biao), who becomes entangled in a quest to save the earth from evil spirits. Also featuring the portly Sammo Hung and the graceful Brigitte Lin, ZU is a non-stop spectacle that recalls the mythopoetic fantasy CLASH OF THE TITANS (1981). Eastern myth and fantasy, Western technology, and Hark's perpetual-motion pacing combine in a film that ends in a plea for unity.

The ground-breaking Zu Warriors from the Magic Mountain is undoubtedly one of the most famous and influential films to emerge from Hong Kong - the inspiration for John Carpenter's Big Trouble In Little China and heavily borrowed from by director Ang Lee to re-create the style for his epic Crouching Tiger, Hidden Dragon. Featuring breathtaking art design, striking cinematography and stunning locations in the Sichun Mountains, Zu Warriors revolutionized the Hong Kong special-effects industry, as Tsui Hark combined Western technology and expertise with Chinese imagery for the very first time. The result is a spellbinding fantasy to delight fans of sci-fi, martial arts, special effects and of course, the unique style which can only be found in Hong Kong cinema.