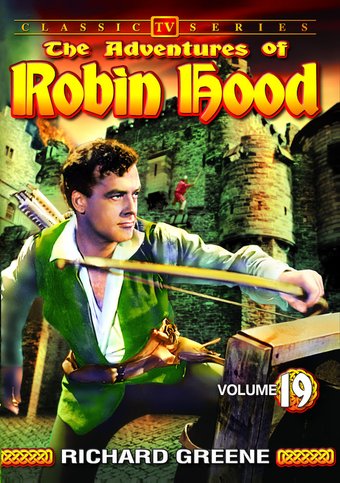 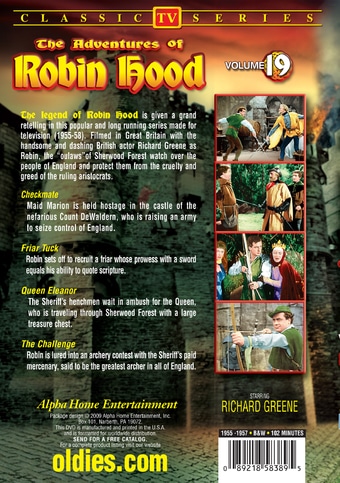 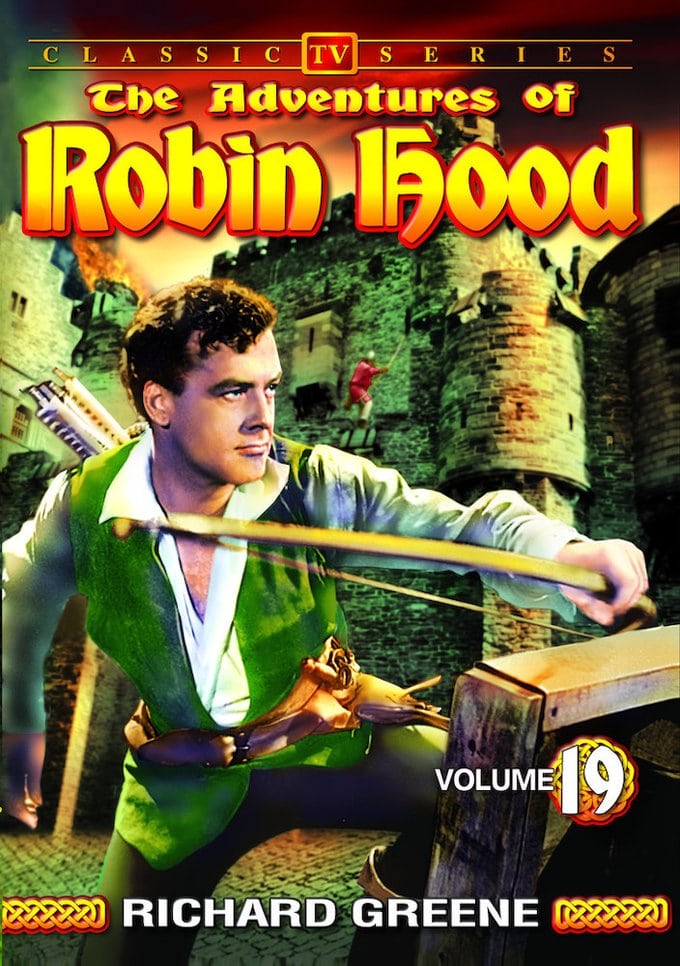 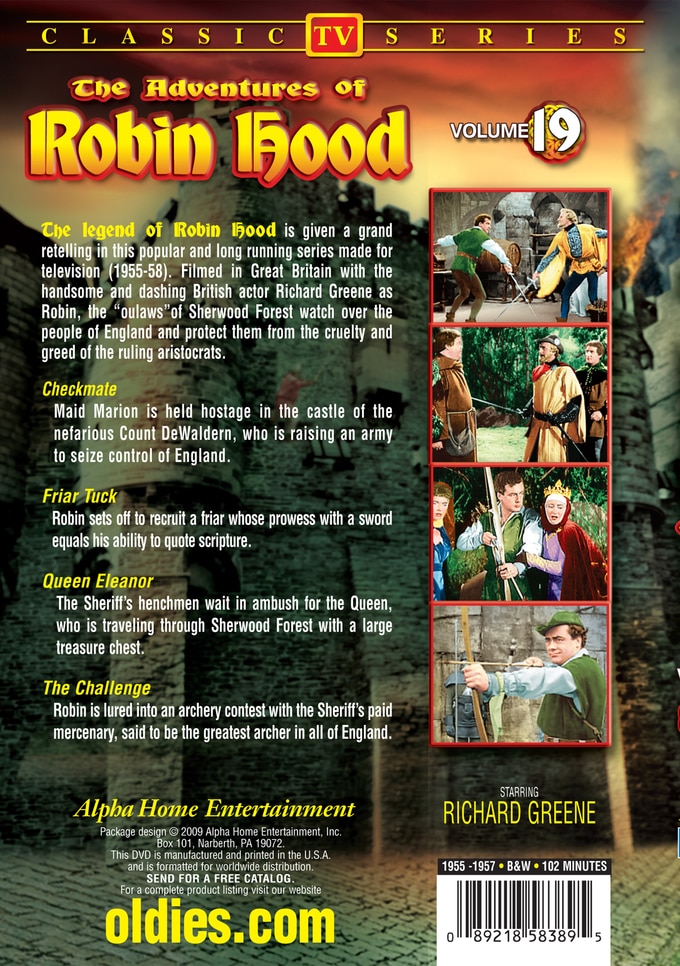 The legend of Robin Hood is given a grand retelling in this popular and long running series made for television (1955-58). Filmed in Great Britain with the handsome and dashing British actor Richard Greene as Robin, the "oulaws"of Sherwood Forest watch over the people of England and protect them from the cruelty and greed of the ruling aristocrats.

Checkmate: Maid Marion is held hostage in the castle of the nefarious Count DeWaldern, who is raising an army to seize control of England.

Friar Tuck: Robin sets off to recruit a friar whose prowess with a sword equals his ability to quote scripture.

Queen Eleanor: The Sheriff's henchmen wait in ambush for the Queen, who is traveling through Sherwood Forest with a large treasure chest.

The Challenge: Robin is lured into an archery contest with the Sheriff's paid mercenary, said to be the greatest archer in all of England.

In this British television series (1955-60), Richard Greene played Robin Hood as an upbeat and expansive fellow, while a superb small repertory troupe played different supporting roles. The interior backgrounds were mounted on wheels to facilitate fast shooting, and the studio was located near historic Runnymede Meadow, the ideal locale for the outdoor scenes. Loosely based on the earlier Douglas Fairbanks and Errol Flynn classic films about a forest bandit with a gang that "steals from the rich and gives to the poor" (that were in turn based on poems and stories dating back 600 years), this children's show remains fondly remembered by those lucky enough to grow up with it.