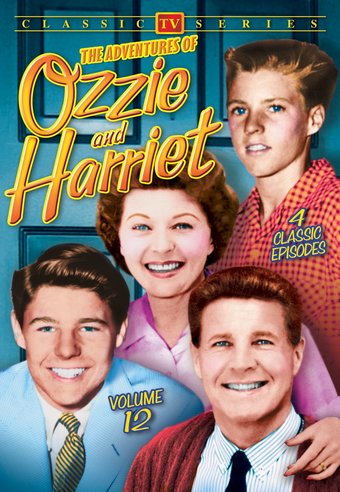 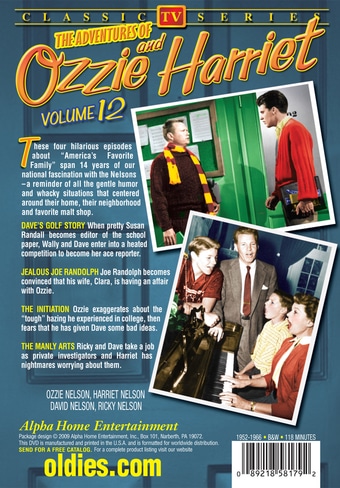 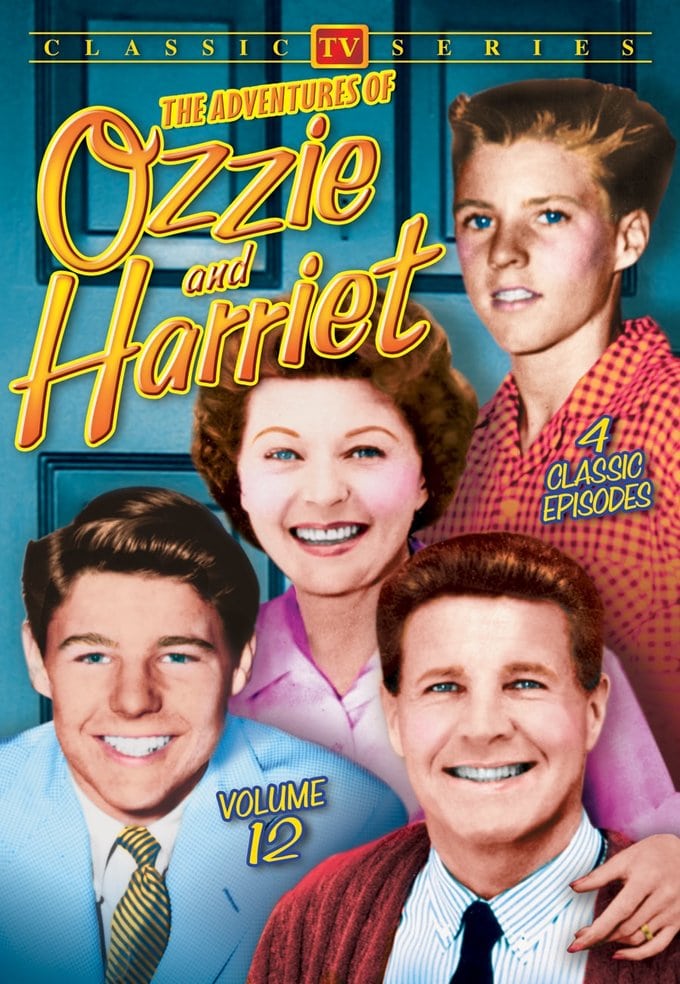 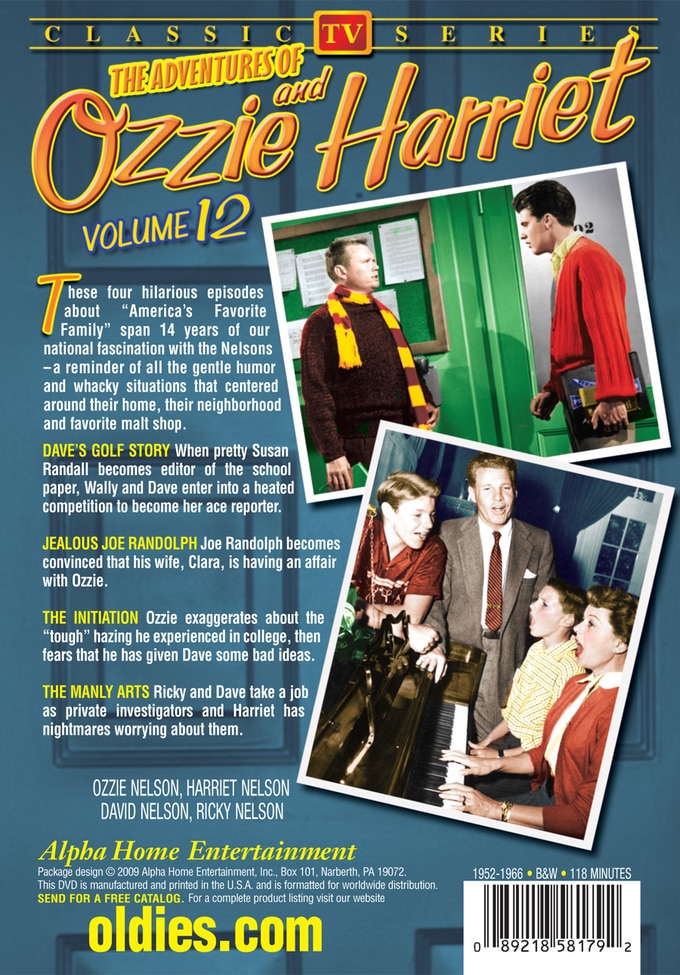 Dave's Golf Story: When pretty Susan Randall becomes editor of the school paper, Wally and Dave enter into a heated competition to become her ace reporter.

Jealous Joe Randolph: Joe Randolph becomes convinced that his wife, Clara, is having an affair with Ozzie.

The Initiation: Ozzie exaggerates about the "tough" hazing he experienced in college, then fears that he has given Dave some bad ideas.

The Manly Arts: Ricky and Dave take a job as private investigators and Harriet has nightmares worrying about them.

ABC's THE ADVENTURES OF OZZIE & HARRIET was a long-running sitcom that starred the Nelson family. The Nelsons, who were a real family off-screen, included parents Ozzie and Harriet and their sons, David and Ricky. Their wholesome exploits were transferred from radio to television in 1952, and many of the stories were based on real events that had occurred in their lives. The show lasted for 14 years, and this collection includes four classic episodes: "The Initiation," "Dave's Golf Story," "Jealous Joe Randolph," and "The Manly Arts."