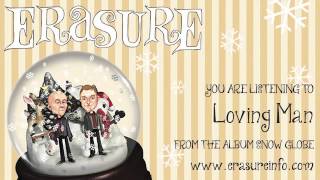 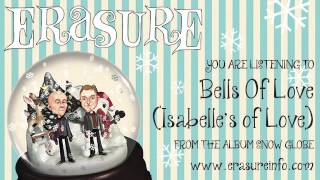 Personnel: Gareth Jones (programming).
Audio Mixers: Pete Hofmann; Richard X.
Illustrators: Miguel Sandoval; Barney Marquez; Lauren Sassen.
If the holidays are a time of miracles, it's only fitting that Snow Globe at one point combines Kraftwerk beats with a 16th century song, and all by way of Steeleye Span. The track where it happens, "Gaudete", is the same carol that the Span had a hit with in the '70s, but the miracle bit is that Erasure's thoroughly modern take on the cut could warm the heart of a deep space robot, echoing into the vacuum with sequencers, sacred vocals, church bells, and not the slightest hint of cheese. It's vocalist Andy Bell's triumphant and sincere performance of the carol that really sells it, and with years of seeing poignancy and camp as two sides of the same coin, he's set up for a win on Snow Globe, a holiday album that's nostalgic for the animated Christmas television specials of the past with its artwork, but bold enough to drop "I don't believe in your religion/I only know what I can see" during its opening number "Bells of Love (Isabelle's of Love)". There are many original holiday songs here, vividly depicting the time of year when many reflect and roll wistfully through the nostalgic thoughts in their head, all in an effort to gather some spiritual warmth after being driven inside by cold days and long nights. Vince Clarke's brand of electro-pop is the ghosts of Christmases future, past, and present all at once, with the crispness of the MP3 age meeting bleeps and bloops that could have been on Erasure album number one (1986). Old favorites get the Erasure spin as "Silent Night" is delivered dramatically as if it was Dylan Thomas' "Do Not Go Gentle Into That Good Night", while "White Christmas" is an almost audio verite piece, covering Bell's scratchy record performance with a Pachinko bar worth of downtown Tokyo sounds.That's much more effort than veteran acts usually pour into a holiday album, but with odd, quirky, and cheeky ideas popping in and out, Snow Globe is still for those predisposed to the duo. Think of it as a personal and meaningful gift for fans, not just some "didn't think much about it" trinket or faceless gift certificate. ~ David Jeffries

Erasure
Light At The End Of The World
$12.50 Super Savings
Add to Cart

Erasure
Hits: The Very Best of Erasure
$16.90
Add to Cart

16%off
Chilling, Thrilling Sounds Of The Haunted House
$18.50 on Sale
Add to Cart

69%off
Mannheim Steamroller
Christmas Extraordinaire
$3.99 on Sale
Add to Cart
(100+)