The Source: 3.5 Stars - Dope - "...IN A MAJOR WAY is just that--beats and lyrics hittin' your chest cavity with force. It's straight mobb music for fools that like to roll or chill at barbecues..." 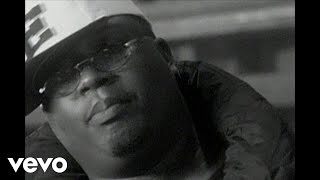 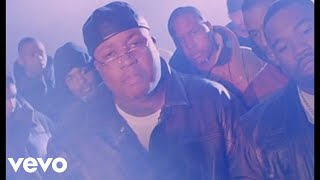 Vibe - 5/95, p.96
"...Full of keyboards and rollicking, heavy bass lines, the songs...only make sense when booming from the back of a late-model car....One minute E-40 is rapping slow, the next he's crooning, and the next finds him moving on and off tempo in his own rapid style..."
The Source - 5/95, p.66
3.5 Stars - Dope - "...IN A MAJOR WAY is just that--beats and lyrics hittin' your chest cavity with force. It's straight mobb music for fools that like to roll or chill at barbecues..."

Personnel: E-40 (vocals); Studio Ton, Kevin Gardner (guitar, keyboards, programming); James "Flat Top" Jones (guitar); Sam Bostic, Mike Mosley, Funk Daddy (keyboards, programming); Geraldine Michaels, T-Pup, Luscious Lynn, Nikki Barksdale, Earl Stevens, Jr. (background vocals).
Producers: Sam Bostic, Mike Mosley, E-40, Funk Daddy; Studio Ton.
Engineers include: K-Lou, Ken Franklin, Studio Ton.
One of E-40's best albums -- and along with Tha Hall of Game (1996), perhaps his best overall -- In a Major Way features the Bay Area rapper early in his career, when he was at his most inspired and focused. His previous solo releases (Federal, 1993; The Mail Man, 1993), as well as his work with the Click (Down and Dirty, 1994), had been formative and low-budget, released independently by his Sick Wid' It label in association with a regional distributor. Sure, some of that prior work was great, particularly The Mail Man and its breakout hit, "Captain Save a Hoe," but none of it compares to In a Major Way in terms of scale and consistency. Over the course of 16 tracks, E-40 collaborates with his Sick Wid' It stable of producers (Studio Ton, Mike Mosley, Sam Bostic) and rappers (B-Legit, Suga T, Celly Cel), along with outside talent. Newcomer Funk Daddy produces three tracks, including the standout "Sideways," while up-and-coming Bay Area rappers 2Pac, Mac Mall, and Spice 1 team up for another standout, "Dusted 'n' Disgusted." Besides these two standouts, highlights of In a Major Way include a pair of hit singles ("1-Luv," "Sprinkle Me") that broke into the Billboard Hot 100, plus "Da Bumble." In a Major Way does have its shortcomings, chief among them the production, which still sounds low-budget, if improved from prior releases. E-40 made the most of what he had to work with at the time, though, and for a mostly in-house album, In a Major Way is an impressive showcase of the talent at hand. E-40's raps would improve over the years, as would his production stable and his recording budget, yet few albums in his catalog rival In a Major Way, which track-for-track is remarkably solid and thoroughly entertaining. ~ Jason Birchmeier