Less Than Jake See the Light

Get email alerts for Less Than Jake
Currently Out of Stock: We'll get more as soon as possible
Notify Me When Available
Add to Wishlist
Format:  CD
item number:  38GGJ
Related products:
Reel Big Fish: Life Sucks... Let's Dance! for $14.50
91% recommend us! 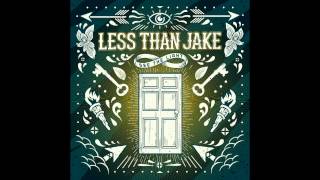 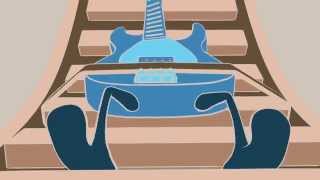 Less Than Jake - Do The Math (Official Video) (Music Video)

Audio Mixer: Jason Livermore.
Although its heyday was nearly two decades ago, there's something enduring about the spirit of the heavy-hitters of the third wave ska revival. In their day, bands like Less Than Jake brought a special kind of chemistry, combining the uncertainty of youth with angsty punk and a certain carefree exuberance to create music that got kids with spiked hair and spiked belts to stop moshing and start dancing. This nostalgic tie to the good old days is palpable on the band's ninth album, See the Light, which finds the ska-punk icons returning with a sound that feels reflective and strangely comforting. Where their early work felt tailor-made to make people cut loose and live in the moment, the older and wiser Less Than Jake have an air of maturity about them as they impart their sage-like wisdom upon listeners on songs like "Bless the Cracks" and "American Idle." Perhaps owing to the fact that their lineup has barely changed in the last 20 years, the songs on See the Light feel different but not unfamiliar. This is same Less Than Jake that people grew up listening to, but like the listeners themselves, the bandmembers are more concerned about enjoying life and sharing their experiences than whether or not a kid who looked like Johnny Quest thinks they're sellouts. This makes See the Light feel like a family reunion, giving Less Than Jake and their fans the chance to catch up and reminisce about the way things used to be when they were young, as they pass on the lessons they had to learn the hard way to a whole new generation of punks. ~ Gregory Heaney

Less Than Jake
Live from Astoria
$19.60
Add to Cart