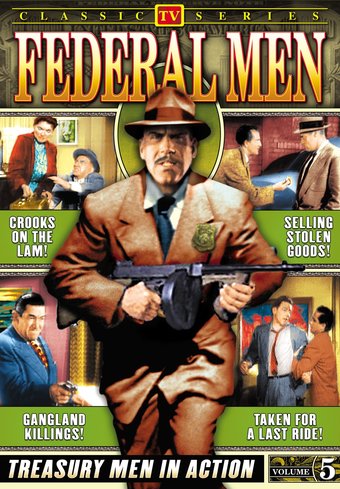 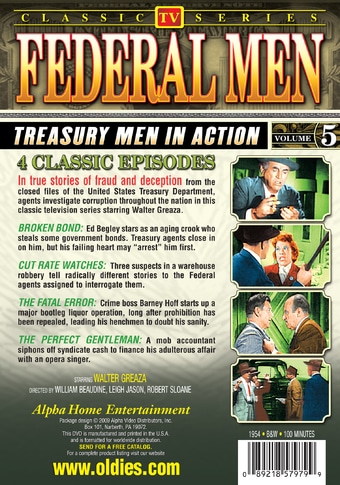 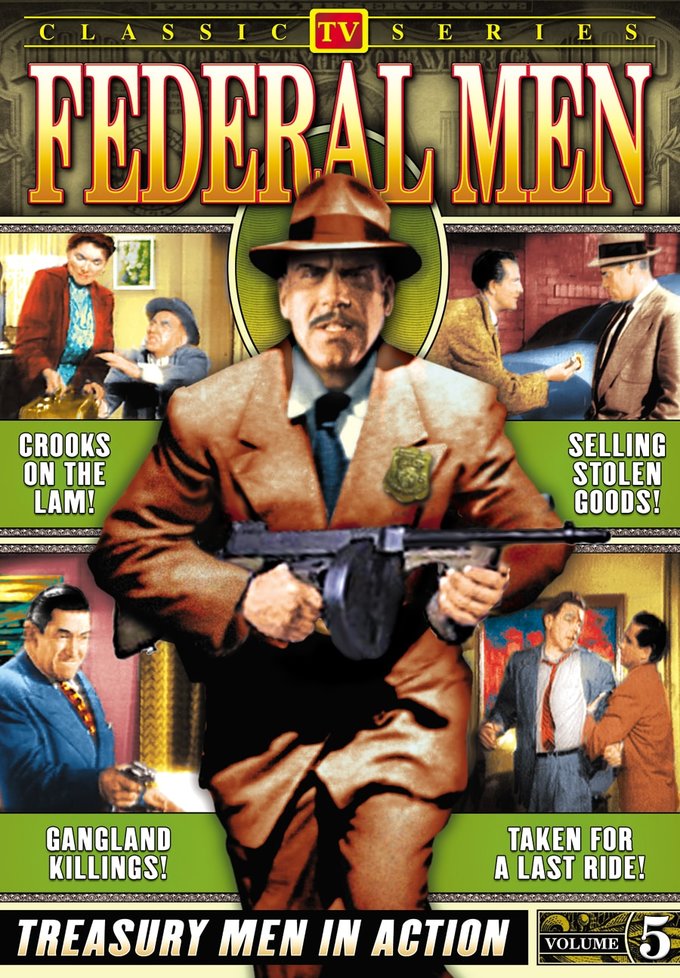 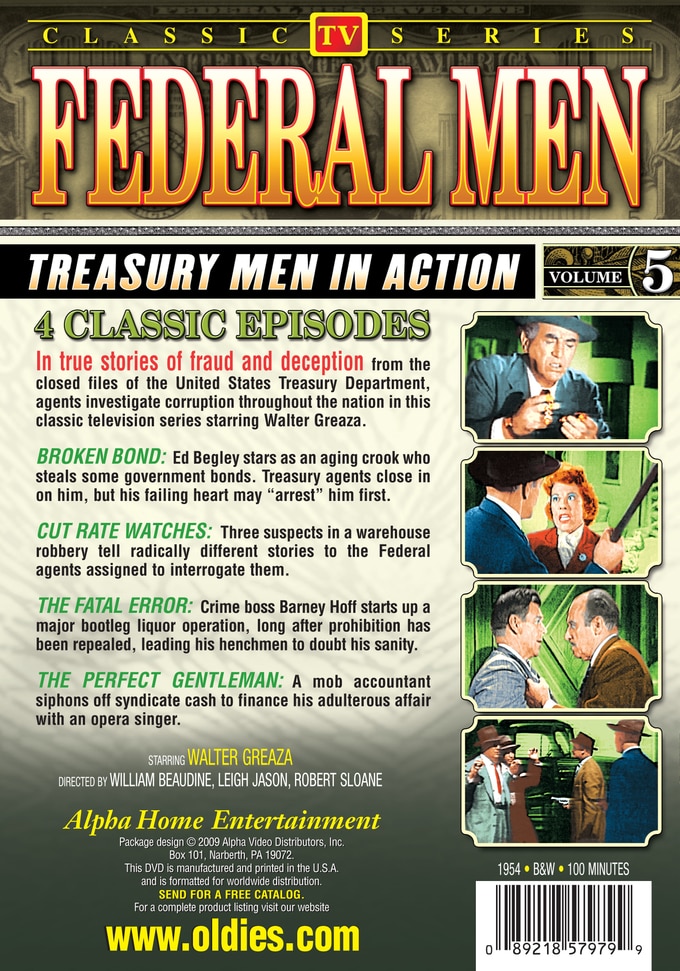 Broken Bond: Ed Begley stars as an aging crook who steals some government bonds. Treasury agents close in on him, but his failing heart may "arrest" him first.

The Fatal Error: Crime boss Barney Hoff starts up a major bootleg liquor operation, long after prohibition has been repealed, leading his henchmen to doubt his sanity.

The Perfect Gentleman: A mob accountant siphons off syndicate cash to finance his adulterous affair with an opera singer.

Fans of the action-packed FEDERAL MEN will be delighted with this fifth volume of episodes from the cult TV show. With the feds hotfooting it after a variety of hoodlums, the action never lets up from start to finish. All the classic noir-inflected ingredients are intact, including dealings with narcotics, gangsters, and all manner of deviant behavior. Included here are the episodes "Broken Bond," "Cut Rate Watches," "The Fatal Error," and "The Perfect Gentleman."