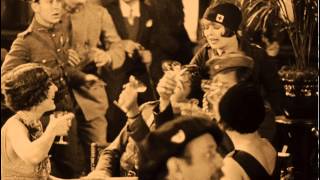 WINGS was the first film ever made that graphically captured the emotional combination of freedom and fear of flying in combat. Director William Wellman drew on his years in an elite flying squadron and pushed the cinematic technology of the day to its limit when he created this film's timeless aerial sequences. The story revolves around two young men, of different classes, who have both fallen for the same young woman before they head off to combat. Richard Arlen and Charles Rogers are well paired as they fight it out over both Clara Bow and enemy soil, and Gary Cooper makes a memorable cameo appearance, which launched his career. The emotional current created by the three stars is as intense as the film's special effects, and the result adequately reflects the lasting brutality of war. This drama won the very first Academy Award for Best Picture.

This silent film classic deals with two World War I pilots in love with the same woman. Actual footage of air battles adds to the film's realism.

All Quiet on the Western Front
$6.40 Super Savings
Add to Cart