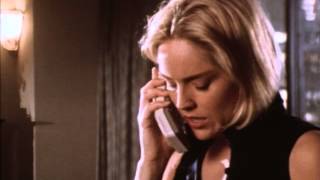 SLIVER is based on a novel by Ira Levin (ROSEMARY'S BABY), although the script shares striking similarities with writer Joe Eszterhas's earlier BASIC INSTINCT screenplay. Phillip Noyce directs efficiently, and Polly Walker is striking as a Londoner out of her element in the coke-addled world of upscale Manhattan.

In Phillip Noyce's thriller, a young woman rents an apartment in one of New York's luxurious Sliver buildings. After meeting two handsome neighbors she believes she has found the perfect home--but someone has wired the entire building with surveillance devices. When she learns of the grisly things that have happened to some former residents, she realizes someone is watching her too.