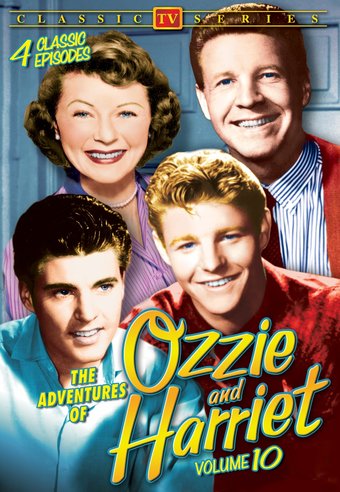 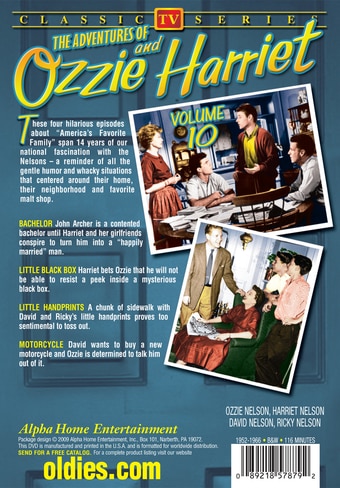 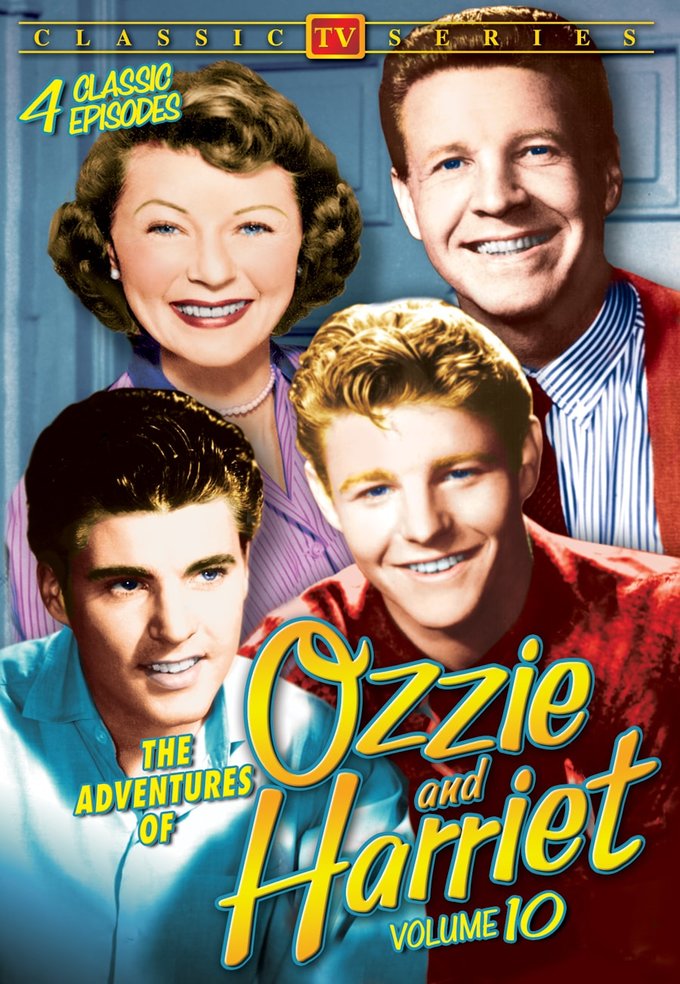 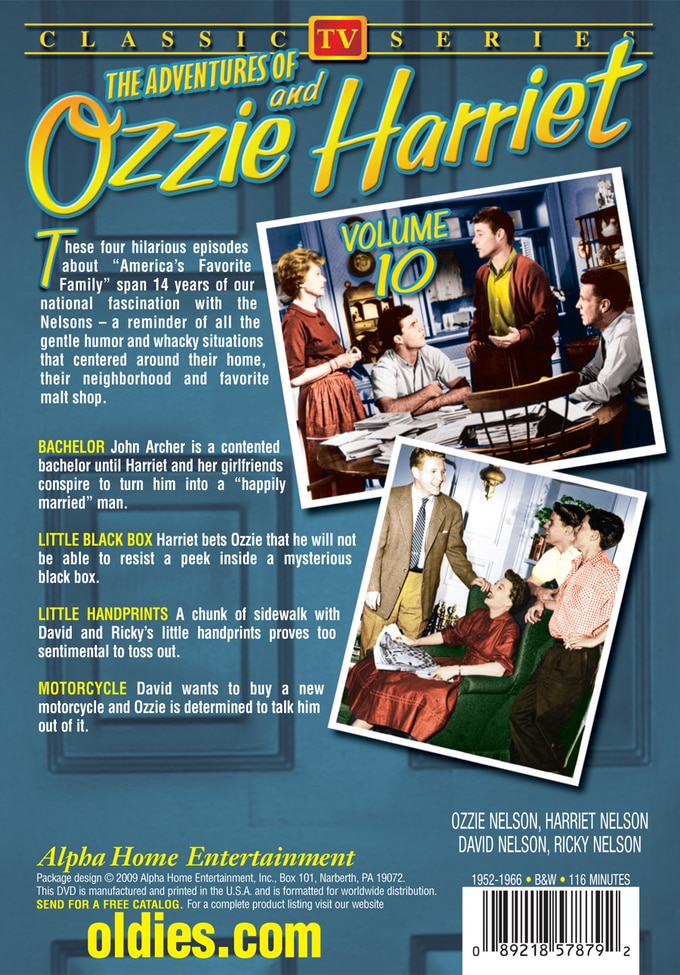 Bachelor: John Archer is a contented bachelor until Harriet and her girlfriends conspire to turn him into a "happily married" man.

Little Black Box: Harriet bets Ozzie that he will not be able to resist a peek inside a mysterious black box.

Little Handprints: A chunk of sidewalk with David and Ricky's little handprints proves too sentimental to toss out.

Motorcycle: David wants to buy a new motorcycle and Ozzie is determined to talk him out of it.

ABC's THE ADVENTURES OF OZZIE & HARRIET was a long-running sitcom that starred the Nelson family. The Nelsons, who were a real family off-screen, included parents Ozzie and Harriet and their sons, David and Ricky. Their wholesome exploits were transferred from radio to television in 1952, and many of the stories were based on real events that had occurred in their lives. The show lasted for 14 years, and this collection includes four episodes: "Bachelor," "Little Black Box," "Little Handprints," and "Motorcycle."

Family Life
This product is made-on-demand by the manufacturer using DVD-R recordable media. Almost all DVD players can play DVD-Rs (except for some older models made before 2000) - please consult your owner's manual for formats compatible with your player. These DVD-Rs may not play on all computers or DVD player/recorders. To address this, the manufacturer recommends viewing this product on a DVD player that does not have recording capability.