The Ghost and Mrs. Muir (Blu-ray)

24K ratings
Out of Print: Future availability is unknown
Notify Me When Available
Add to Wishlist
Format:  Blu-ray
sku:  38JRW
Also released as:
The Ghost and Mrs. Muir for $5.80
92% recommend us! 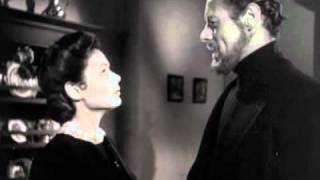 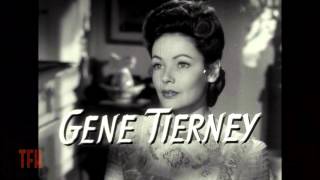 Axelle Carolyn on THE GHOST AND MRS MUIR (Featurette)

Joseph L. Mankiewicz's bittersweet, sparkling romance between a young widow and a sea captain's ghost weaves a magical tale of immortal love. Determined to live her life the way she wants, newly widowed Lucy Muir (Gene Tierney) declines her straitlaced in-laws' demand that she live with them and moves with her daughter (a young Natalie Wood) to the seaside into a cottage haunted by the handsome, blustering Captain Gregg (Rex Harrison). A deal is struck between the two in the wee hours of the morning allowing Lucy to stay in the house and the captain to materialize only in the master bedroom. As they gradually get to know each other better, Lucy's spunk and stubbornness gains first the captain's grudging respect, then his heart. But when another man woos Lucy, both must face that her future lies with the living, not in the spirit world.

A timeless romantic favorite, THE GHOST AND MRS. MUIR subtly traces the complex development of friendship and love, themes that director Mankiewicz excels with in films such as A LETTER TO THREE WIVES and ALL ABOUT EVE, projecting a keen understanding of the tangled emotions and motives that compel people toward their fates. The film is based on the novel by R.A. Dick and scored by Bernard Herrmann.

This lovingly made fantasy, based on the R.A. Dick novel, centers on a lonely widow who refuses to be scared by the ghost of a salty sea captain in her haunted cottage. When her debts mount, he helps her write a successful novel about his life, but ultimately, she is forced to choose between her love for this spirit, or a flesh-and-blood man, in this Joseph L. Mankiewicz film starring Gene Tierney and Rex Harrison.