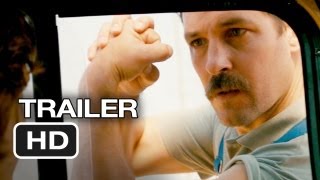 USA Today - 08/08/2013
"[W]orth seeing for its offbeat character study....[A] sweetly eccentric and low-key buddy picture/bromance..."
Los Angeles Times - 08/08/2013
"Rudd and Hirsch make surprisingly good polar opposites. Their major fight is a great blend of screwball comedy and total truth."
Chicago Sun-Times - 08/15/2013
"PRINCE AVALANCHE is frequently funny in a subdued sort of way, but it's primarily contemplative and eventually intimate."
New York Times - 08/08/2013
"It is refreshing -- even thrilling, in a way -- to see Mr. Rudd play the uptight guy, and the expectation of goofiness the audience is likely to greet him with makes Alvin's gravitas funny as well as oddly convincing."
A.V. Club - 08/08/2013
"By going back to nature -- and to his indie roots -- the director of GEORGE WASHINGTON has reconnected with his poetic side. The Malick comparisons seem appropriate again."
Total Film - 10/13/2013
4 stars out of 5 -- "Green opts for a mournful yet humorous character study that plots as steady a course as the barely used highways upon which what passes for action takes place."
Empire - 10/11/2013
4 stars out of 5 -- "[A] wise and witty slow-motion road trip that catches the sun."

A remake of the 2011 Icelandic film EITHER WAY, David Gordon Green's quirky character study tells the tale of Alvin and Lance, two polar opposites from the city who nurture an unlikely friendship while repainting traffic lines on a damaged country road during the summer of 1988. Paul Rudd, Emile Hirsch, and Lance Le Gault star.

The Kings of Summer
$12.60 Super Savings
Add to Cart