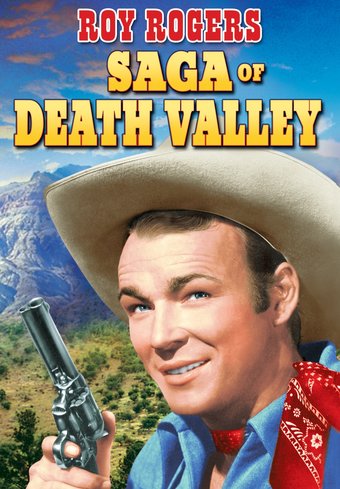 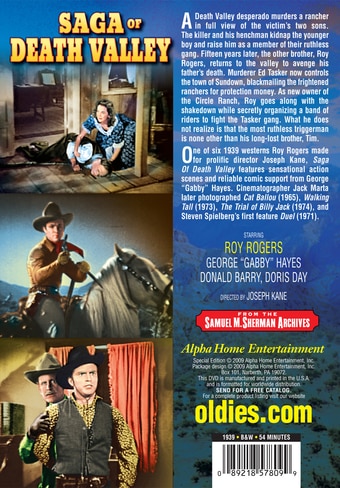 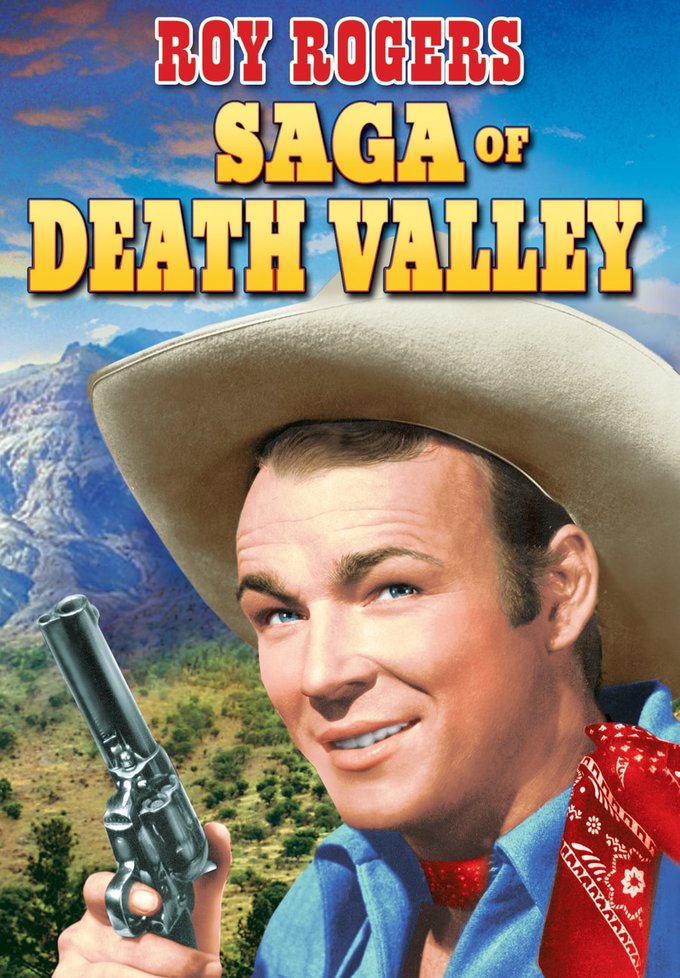 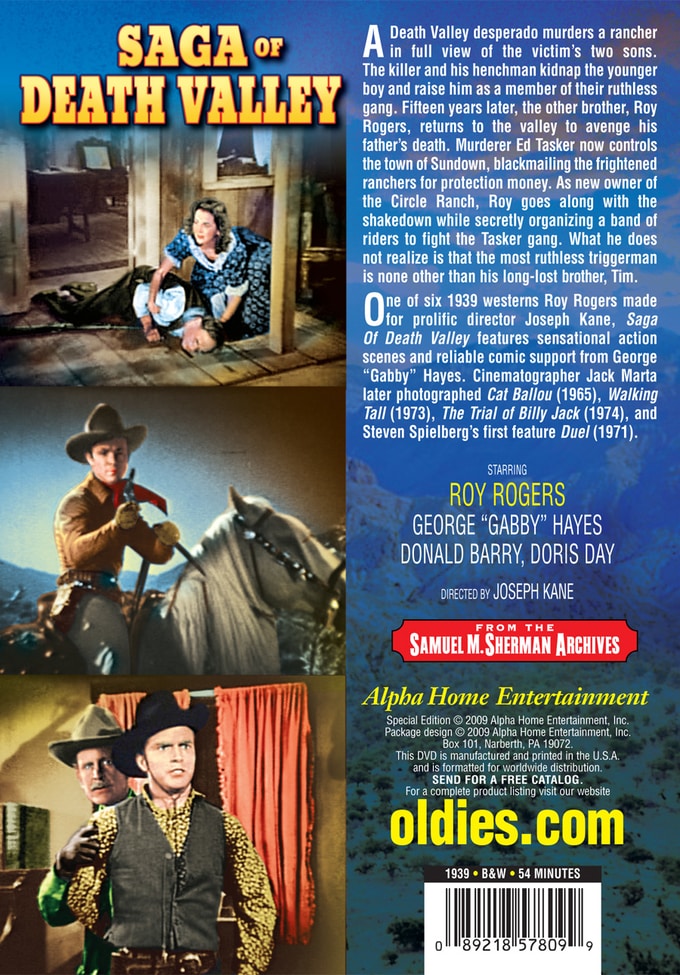 A Death Valley desperado murders a rancher in full view of the victim's two sons. The killer and his henchman kidnap the younger boy and raise him as a member of their ruthless gang. Fifteen years later, the other brother, Roy Rogers, returns to the valley to avenge his father's death. Murderer Ed Tasker now controls the town of Sundown, blackmailing the frightened ranchers for protection money. As new owner of the Circle Ranch, Roy goes along with the shakedown while secretly organizing a band of riders to fight the Tasker gang. What he does not realize is that the most ruthless triggerman is none other than his long-lost brother, Tim.

Roy is a rancher facing a gang extorting protection money.

Roy Rogers stars in this musical western, which features an early film appearance by Doris Day.
Roy returns to the town of his birth to take vengeance on Ed Tasker, a bandit who killed his father and kidnapped his brother, Tim. Brought up by Tasker as his "nephew," Tim has become a bully and a ruffian. When he kills a farmer on Tasker's orders, Roy decides that the time for retribution has finally arrived.

Riders of Destiny
$10
Add to Cart

Sunset in the West
$17.20 Super Savings
Add to Cart