Rolling Stone: Ranked #82 in Rolling Stone's "500 Greatest Albums Of All Time" - "...Like Hendrix, AXIS was cryptic and bewitching..."

Get email alerts for Jimi Hendrix
253 ratings
Currently Out of Stock: We'll get more as soon as possible
Notify Me When Available
Add to Wishlist
Format:  CD
sku:  38R94
Our customers love us! 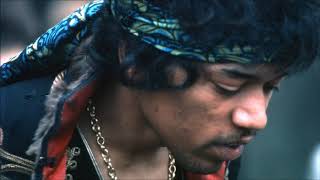 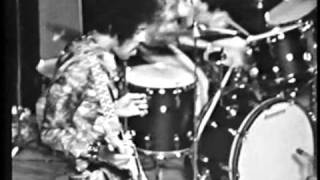 This 1997 reissue of AXIS: BOLD AS LOVE is a newly remastered version that restores the original album artwork. It is among the first batch of albums on Experience Hendrix, a new label controlled by Hendrix's family.
The Jimi Hendrix Experience: Jimi Hendrix (vocals, electic guitar); Noel Redding (vocals, bass); Mitch Mitchell (drums, background vocals).
Recorded at Olympic Studios, London, England.
Originally released on Reprise.
Includes liner notes by Jym Fahey.
Audio Remasterers: Eddie Kramer; George Marino.
Liner Note Author: Jym Fahey.
Photographers: Leni Sinclair; Eddie Kramer; Baron Wolman; Bruce Fleming; Wilson Lindsey; Linda McCartney.
AXIS: BOLD AS LOVE was the follow-up to ARE YOU EXPERIENCED?, and represented a much more conscious use of the recording studio's possibilities. Where his live shows continued to showcase the raw rocking power of the Experience, the recording studio gave Hendrix the composer/arranger a broader palette. There are still plenty of powerful blues/rock-inflected songs, such as the menacing "If 6 Was 9," the rolling "Spanish Castle Magic" and the spatial title tune. But "Up from the Skies" is a jazzy trio romp, featuring Hendrix's bluesy, vocalized wah-wah pedal. And on the ballads "Little Wing" and "Castles Made of Sand," Hendrix shifts the focus from the band to the silvery chord/melody accompaniments he often employed to complement his vocals. They are an orchestral effect unto themselves.