It's all in your head 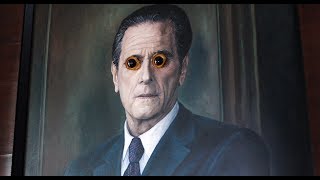 Definitely not for those who are faint of heart, Renato Polselli's DELIRIUM is a truly shocking piece of 1970s Euro-exploitation cinema. Although the plot makes the film sound like a giallo, DELIRIUM is actually 100 minutes of lunacy that pays lip service to its complex and absurd story. It stars Mickey Hargitay as Dr. Herbert Lyutak, an unhinged sex maniac who brutally abuses his female victims before killing them. Fortunately, his wife is turned on by Lyutak's victims, although her increasingly disturbing visions of medieval torture and lesbian orgies threaten her already tenuous grip on reality. Shocking, darkly comic, and unspeakably sleazy, DELIRIUM is an unforgettable experience. This special Anchor Bay edition of the film contains both the truncated North American version of the film as well as the uncut European version.

Escape of the Birdmen (DVD)
$6.20 Super Savings
Add to Cart