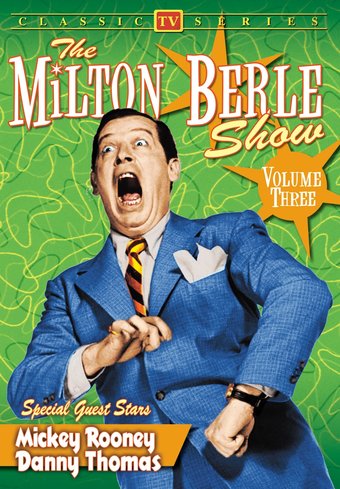 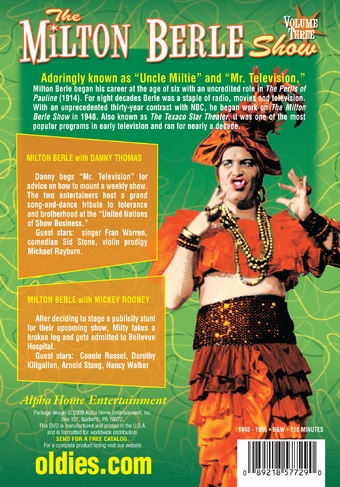 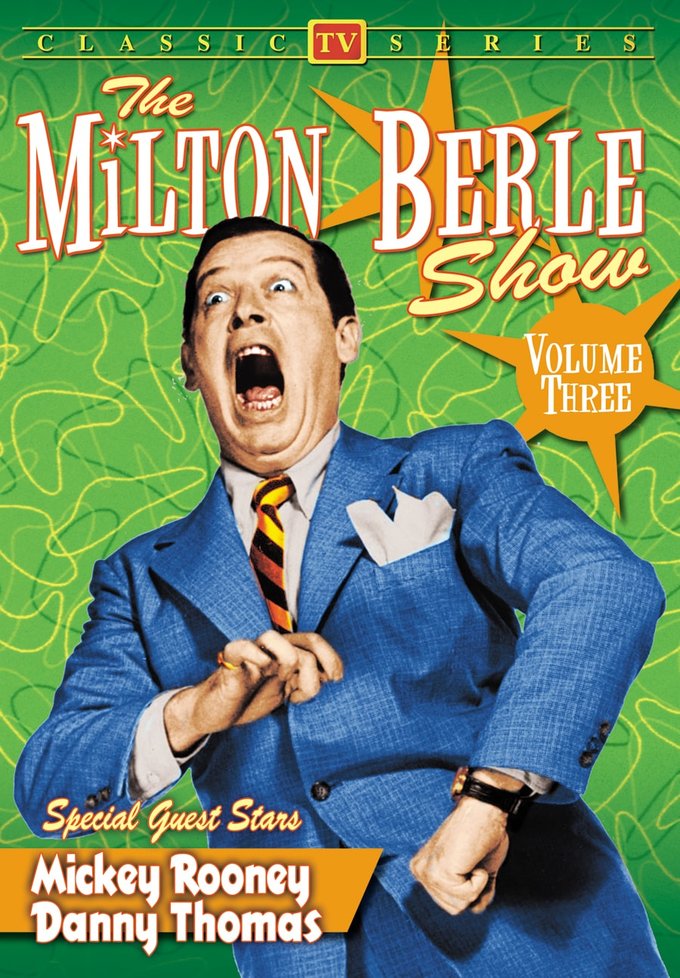 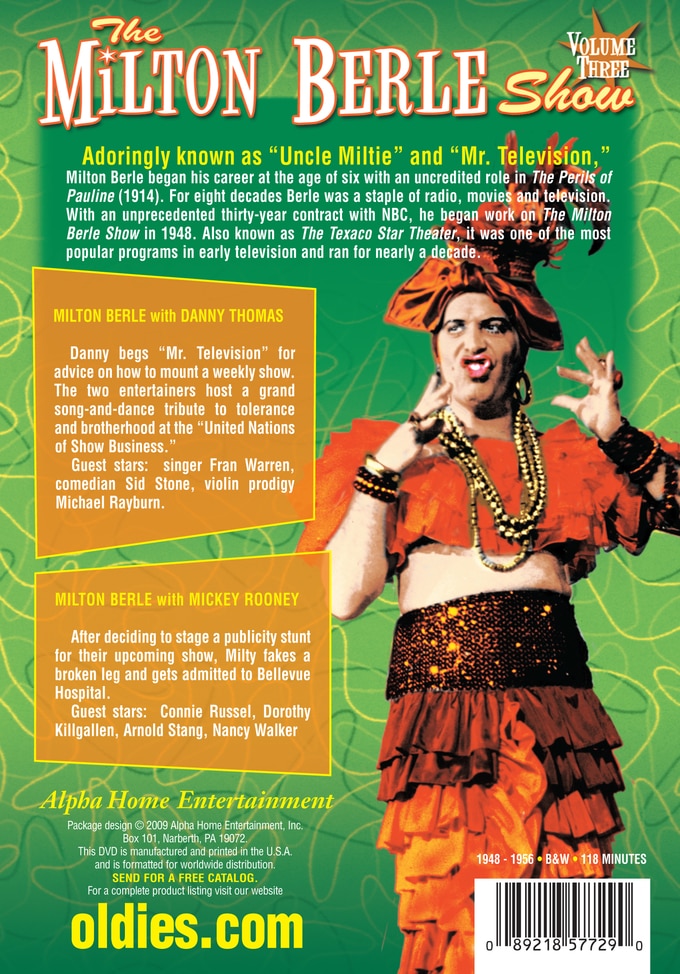 Adoringly known as "Uncle Miltie" and "Mr. Television," Milton Berle began his career at the age of six with an uncredited role in The Perils of Pauline (1914). For eight decades Berle was a staple of radio, movies and television. With an unprecedented thirty-year contract with NBC, he began work on The Milton Berle Show in 1948. Also known as The Texaco Star Theater, it was one of the most popular programs in early television and ran for nearly a decade.

Milton Berle first charmed audiences in 1948 as the host of a comedy-variety hour called THE TEXACO STAR THEATRE. The show was a huge success in the '50s, and Berle became a major star of the new television medium. Structured on a vaudeville format, the show highlighted Berle's flair for comedy, gags, and outrageous costumes. In this pair of episodes, the entertainment legend meets up with Danny Thomas and Mickey Rooney for some hilarious hijinks.
This product is made-on-demand by the manufacturer using DVD-R recordable media. Almost all DVD players can play DVD-Rs (except for some older models made before 2000) - please consult your owner's manual for formats compatible with your player. These DVD-Rs may not play on all computers or DVD player/recorders. To address this, the manufacturer recommends viewing this product on a DVD player that does not have recording capability.