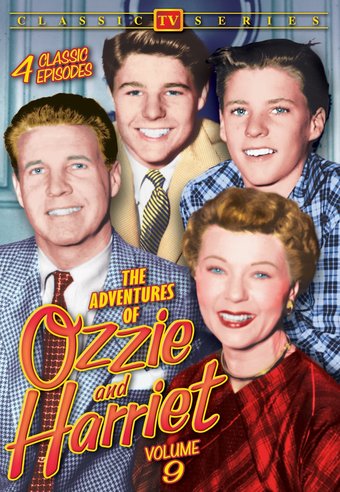 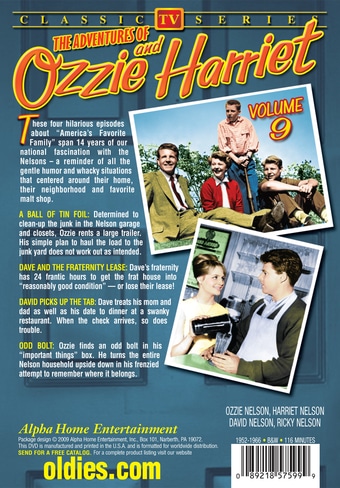 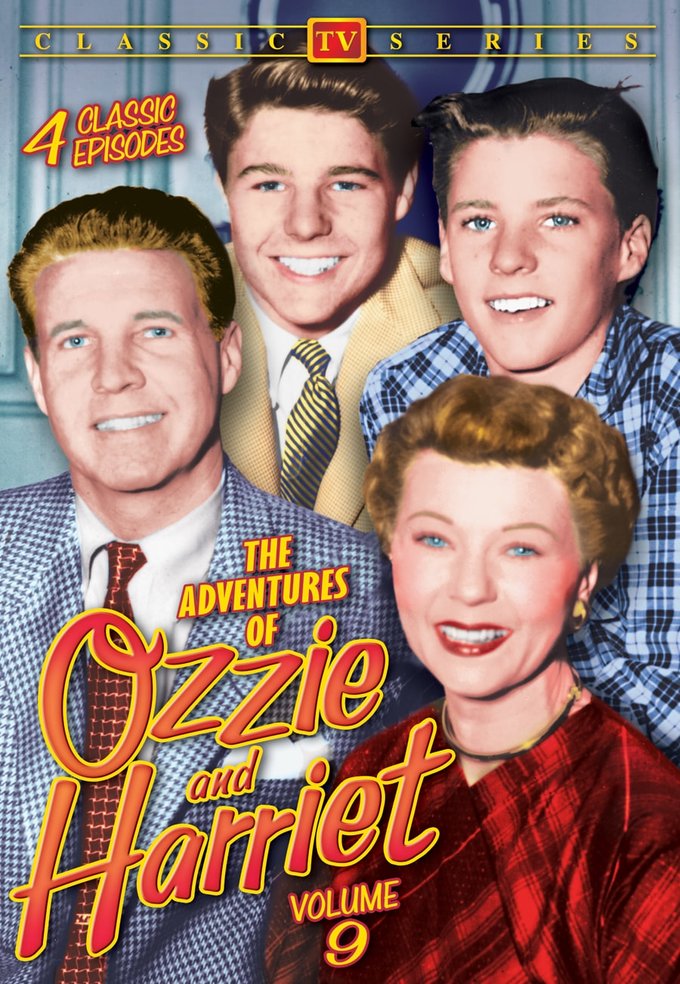 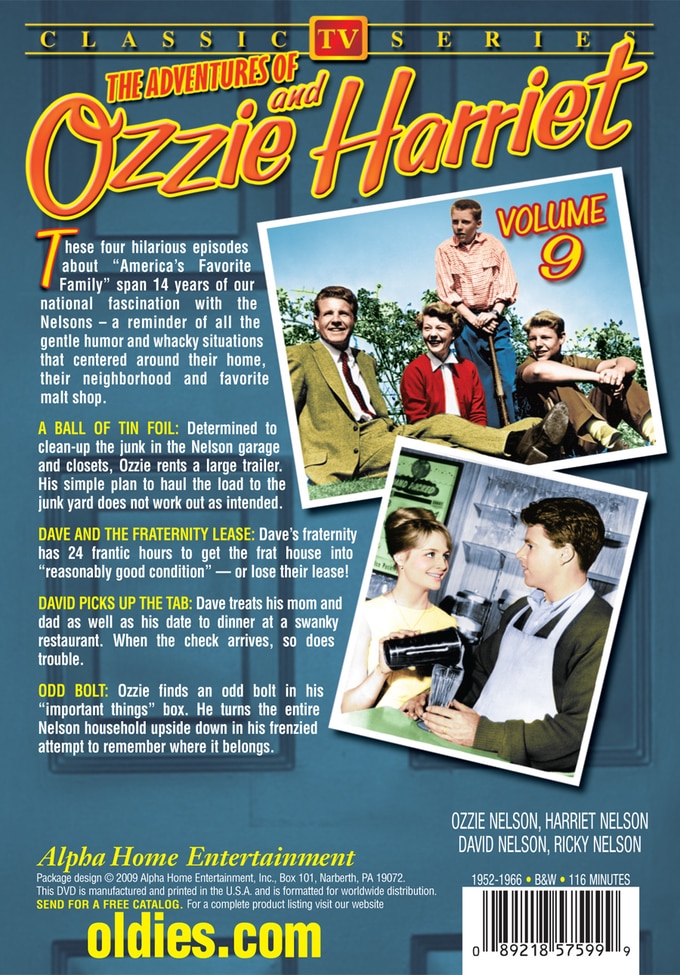 These four hilarious episodes about "America's Favorite Family" span 14 years of our national fascination with the Nelsons -- a reminder of all the gentle humor and whacky situations that centered around their home, their neighborhood and favorite malt shop.

A Ball Of Tin Foil: Determined to clean-up the junk in the Nelson garage and closets, Ozzie rents a large trailer. His simple plan to haul the load to the junk yard does not work out as intended.

Dave And The Fraternity Lease: Dave's fraternity has 24 frantic hours to get the frat house into "reasonably good condition" - or lose their lease!

David Picks Up The Tab: Dave treats his mom and dad as well as his date to dinner at a swanky restaurant. When the check arrives, so does trouble.

Odd Bolt: Ozzie finds an odd bolt in his "important things" box. He turns the entire Nelson household upside down in his frenzied attempt to remember where it belongs.

Spend some time with one America's most famous families, the Nelsons, in this special collection featuring four episodes from THE ADVENTURES OF OZZIE AND HARRIET. Join Ozzie, Harriet, son Ricky, and the rest of the show's iconic characters for adventures in the heart of 1950s America.
This product is made-on-demand by the manufacturer using DVD-R recordable media. Almost all DVD players can play DVD-Rs (except for some older models made before 2000) - please consult your owner's manual for formats compatible with your player. These DVD-Rs may not play on all computers or DVD player/recorders. To address this, the manufacturer recommends viewing this product on a DVD player that does not have recording capability.