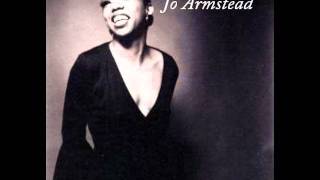 Jo Armstead wore many hats in the recording industry - singer, songwriter, producer, arranger and manager. She got her start as a performer in 1961 when she joined the Ike & Tina Turner Revue as an Ikette. As a songwriter, she collaborated with Ashford and Simpson, and soon was on the charts herself. This collection features her most popular works, including "I Feel An Urge", "A Stone Good Lover" and "I Who Love You So".

Liner Note Author: Mark Marymont.
Arrangers: Andrew "Mike" Terry; Charles Handy; Paul Riser.
A nice collection of Armstead's late-'60s and early-'70s hits. Highlights include "I've Been Turned On," "I Feel an Urge Coming On," "I'm Gonna Show You (How a Man Is Supposed to Be Treated)," and the title track. Armstead's early training with Ike and Tina Turner shines brightly on these tracks, and as a woman writing much of her own material, this distanced her from other R&B divas of the time. A hidden treasure. ~ Cub Koda

73%off
Bloodstone
Train Ride To Hollywood (Soundtrack) (CD)
$3.98 on Sale
Add to Cart