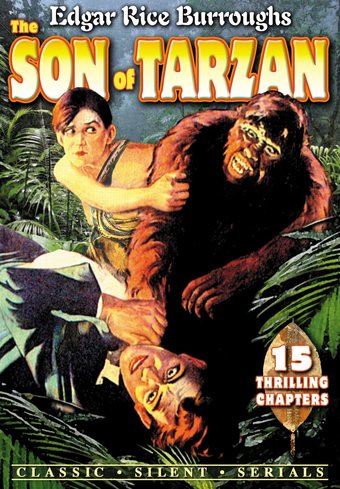 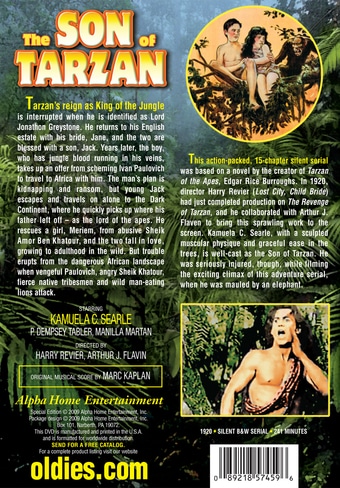 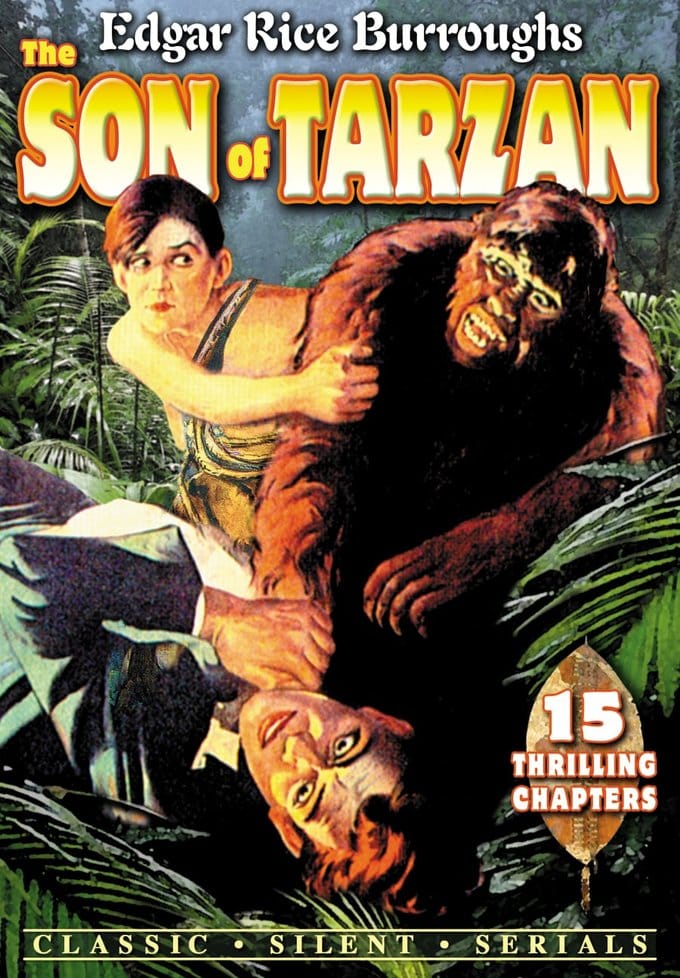 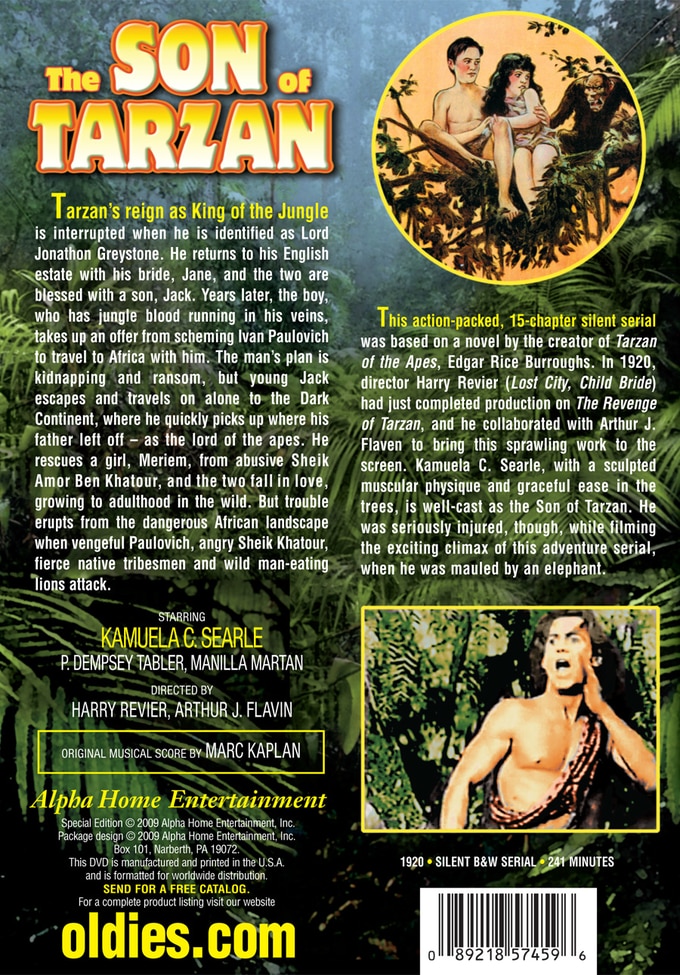 Tarzan's reign as King of the Jungle is interrupted when he is identified as Lord Jonathon Greystone. He returns to his English estate with his bride, Jane, and the two are blessed with a son, Jack. Years later, the boy, who has jungle blood running in his veins, takes up an offer from scheming Ivan Paulovich to travel to Africa with him. The man's plan is kidnapping and ransom, but young Jack escapes and travels on alone to the Dark Continent, where he quickly picks up where his father left off - as the lord of the apes. He rescues a girl, Meriem, from abusive Sheik Amor Ben Khatour, and the two fall in love, growing to adulthood in the wild. But trouble erupts from the dangerous African landscape when vengeful Paulovich, angry Sheik Khatour, fierce native tribesmen and wild man-eating lions attack.

This action-packed, 15-chapter silent serial was based on a novel by the creator of Tarzan of the Apes, Edgar Rice Burroughs. In 1920, director Harry Revier (Lost City, Child Bride) had just completed production on The Revenge of Tarzan, and he collaborated with Arthur J. Flaven to bring this sprawling work to the screen. Kamuela C. Searle, with a sculpted muscular physique and graceful ease in the trees, is well-cast as the Son of Tarzan. He was seriously injured, though, while filming the exciting climax of this adventure serial, when he was mauled by an elephant.

Action | Adventure | Silent Films
This product is made-on-demand by the manufacturer using DVD-R recordable media. Almost all DVD players can play DVD-Rs (except for some older models made before 2000) - please consult your owner's manual for formats compatible with your player. These DVD-Rs may not play on all computers or DVD player/recorders. To address this, the manufacturer recommends viewing this product on a DVD player that does not have recording capability.

The Tarzan Collection with Jock Mahoney and Mike Henry...
$36.40
Add to Cart

Customer Rating:
Based on 131 ratings.


Starts off slow and gets better in an up and down pateran.Film is in good shape and I liked the old time music in the back ground. This movie is not for the person without an open mine.Remember this is a very high quality movie of its time.I remember my grand father tell me about this movie and he had seen it many times.The actors of their time fit right in this Tarzan movie. Let your chrildren see it.It is funny and interesting to them.I know because three little girls saw it with me from our area.Now I have questions when they can see it again. Of course the younger fell asleep but was mad at her sister for not keepping her awake.(My spelling is not good but I fill you get the piture I'm trying to show.)

25%off
The Adventures of Dusty Bates - Complete Lost British Serial (DVD-R)
$5.95 on Sale
Add to Cart