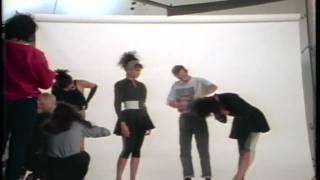 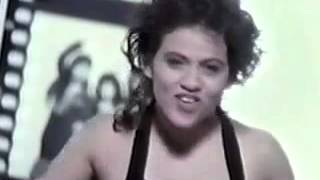 The Cover Girls - My Heart Skips A Beat (Music Video)

The mid-80s to mid-90s dance-pop group Cover Girls was the brainchild of producer/songwriter Andy "Panda" Triploi and promoter Sal Abbatiello. Taking cues from the burgeoning freestyle genre of music, (Which itself took cues from the classic 80s electro of acts like Mantronix and Afrika Bambaataa, and later acted as a disco-inflected progenitor to the 90s infusion of dance-house.) the duo recruited a rotating lineup of singers from 1987 to 1996, including Angel Civiles, Caroline Jackson, Sunshine Wright, Margo Urban, Evelyn Escalera, and Michelle Valentine. As a group, The Cover Girls never achieved the major mainstream success of contemporaries of their subgenre like Lisa Lisa or Exposé, but were a constant presence on Billboard's pop and dance charts. Across four albums, the group reached multi-platinum levels of sales, and released 13-charting singles, including the Top 10 pop hit "We Can't Go Wrong", and Dance Chart-toppers such as "My Heart Skips A Beat" and "Show Me." The greatest of their prolific output is collected here in Greatest Hits, which catalogues the best from their four studio releases, and their greatest commercial successes, including their signature song "Show Me", which Billboard would later name one of the 100 Greatest Girl Group Songs of All Time.

The Stylistics
You Are Everything (The Essential) (3-CD)
$11.20 Super Savings
Add to Cart