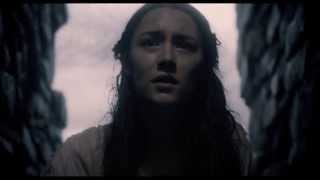 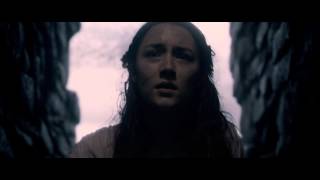 Gemma Arterton and Saoirse Ronan star in INTERVIEW WITH THE VAMPIRE director Neil Jordan's lavish yet decadent tale of a blood-sucking mother/daughter duo whose dark 200-year history threatens to catch up with them at a run-down hotel on the English coast. Their story begins during the Napoleonic Wars, when young Eleanor (Ronan) is abandoned as Clara (Arterton) falls into a passionate love affair. Two centuries later, demure Eleanor and extroverted Clara are on the run when they seek sanctuary in a dilapidated coastal resort. There, Clara sets her sights on a lonely soul named Noel (Daniel Mays), who has just inherited the Byzantium hotel, a once-thriving inn that has fallen into a sad state of disrepair. Before long, the elder vampire has transformed the Byzantium into a makeshift brothel where she and her young companion can quench their thirst for human blood while maintaining a low profile. Meanwhile, Eleanor falls for Frank (Caleb Landry Jones), a charming young waiter who unwittingly draws out the natural storyteller in her. Amidst a string of mysterious disappearances in the sleepy coastal town, Frank realizes that Eleanor's extraordinary tales are much more than simple fantasy. As Clara and Eleanor's sanguinary past slowly comes into focus, it's only a matter of time before the pair will be forced to either flee once again or face their fates with a sense of dark courage. Jonny Lee Miller and Sam Riley co-star.

The Disappearance of Alice Creed
$7.69 on Sale
Add to Cart