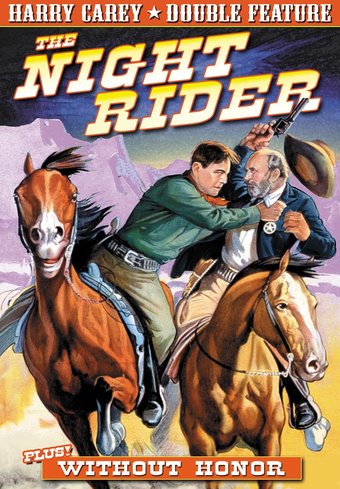 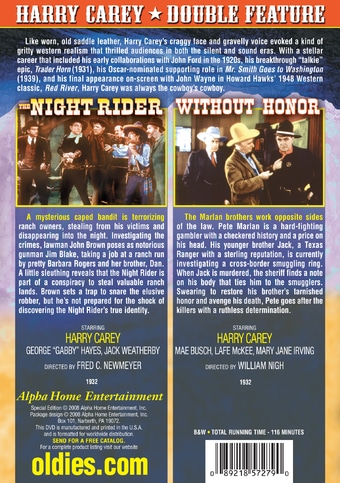 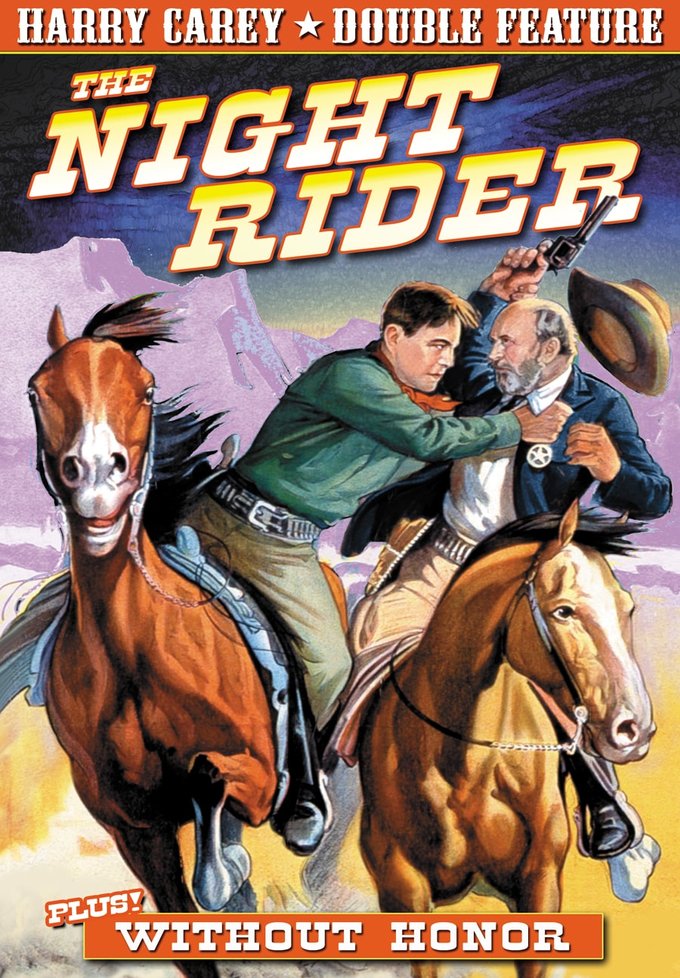 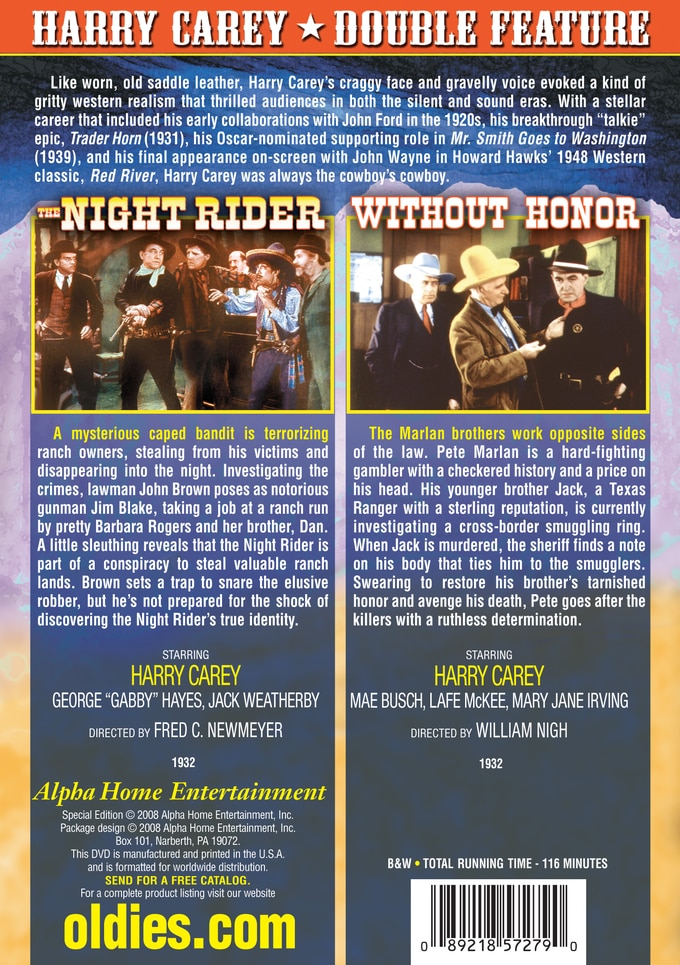 Like worn, old saddle leather, Harry Carey's craggy face and gravelly voice evoked a kind of gritty western realism that thrilled audiences in both the silent and sound eras. With a stellar career that included his early collaborations with John Ford in the 1920s, his breakthrough "talkie" epic, Trader Horn (1931), his Oscar- nominated supporting role in Mr. Smith Goes to Washington (1939), and his final appearance on-screen with John Wayne in Howard Hawks' 1948 Western classic, Red River, Harry Carey was always the cowboy's cowboy.

The Night Rider (1932, B&W): A mysterious caped bandit is terrorizing ranch owners, stealing from his victims and disappearing into the night. Investigating the crimes, lawman John Brown poses as notorious gunman Jim Blake, taking a job at a ranch run by pretty Barbara Rogers and her brother, Dan. A little sleuthing reveals that the Night Rider is part of a conspiracy to steal valuable ranch lands. Brown sets a trap to snare the elusive robber, but he's not prepared for the shock of discovering the Night Rider's true identity.

Without Honor (1932, B&W): The Marlan brothers work opposite sides of the law. Pete Marlan is a hard-fighting gambler with a checkered history and a price on his head. His younger brother Jack, a Texas Ranger with a sterling reputation, is currently investigating a cross-border smuggling ring. When Jack is murdered, the sheriff finds a note on his body that ties him to the smugglers. Swearing to restore his brother's tarnished honor and avenge his death, Pete goes after the killers with a ruthless determination.


Acting very good with the stories,pitures still in good condishion,and strong sound. Enjoyed very much Mr. H.Carey's work,just like his son's acting with is very good. Fred from Austin.(Spelling not so good)