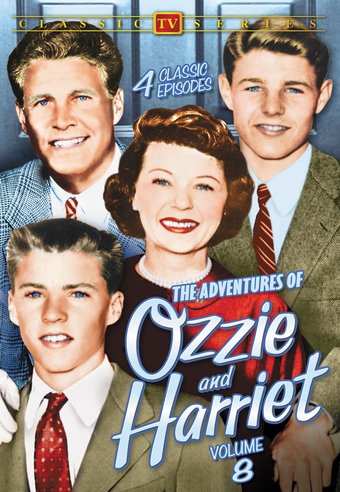 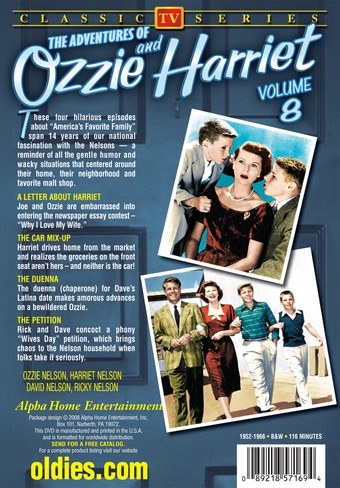 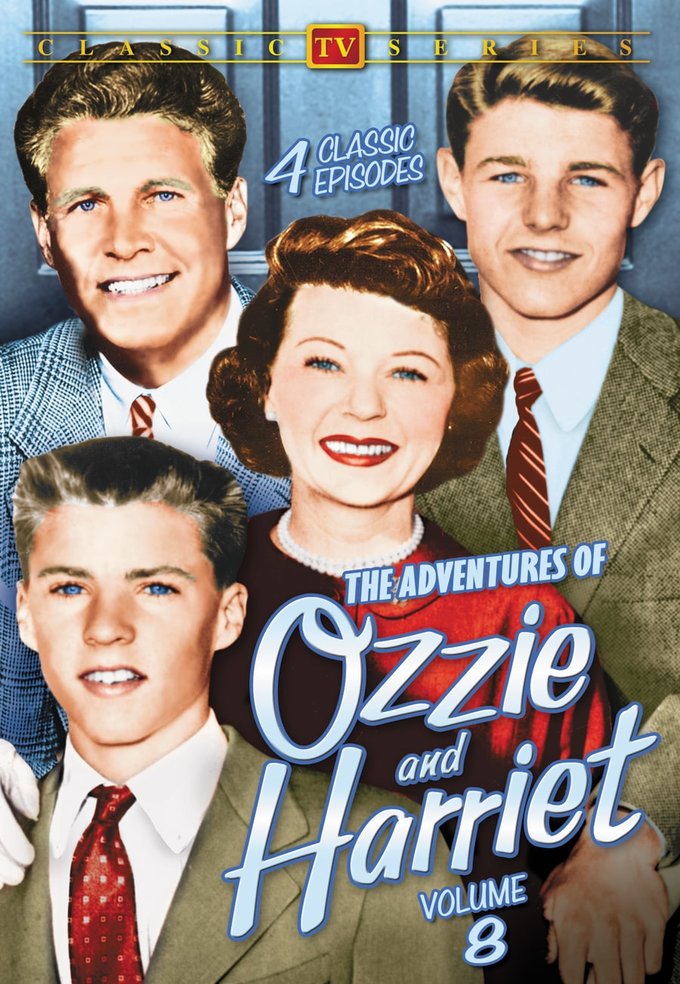 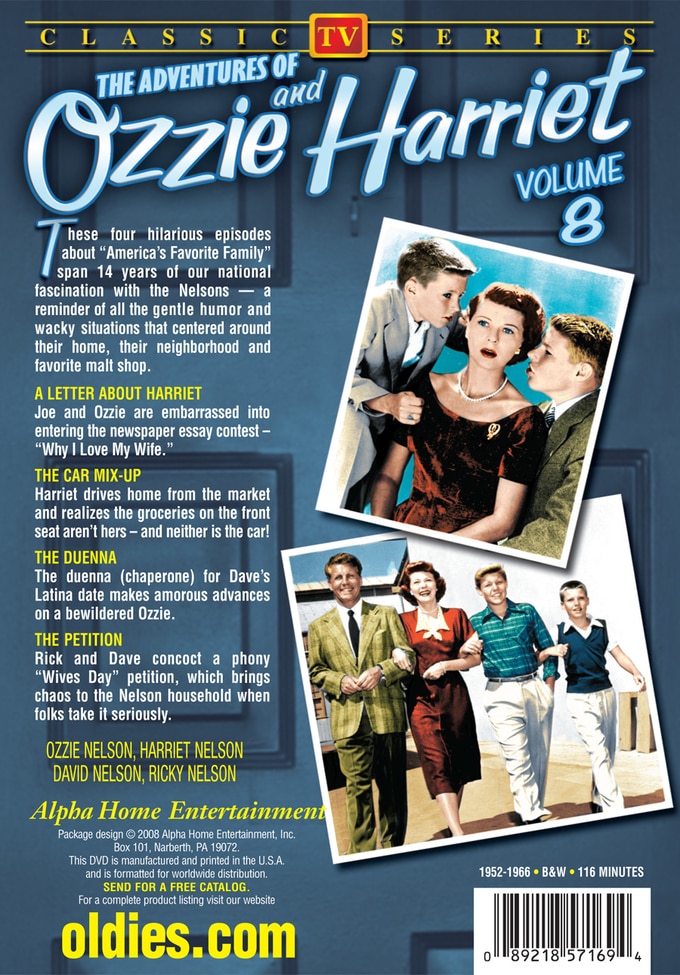 A Letter About Harriet: Joe and Ozzie are embarrassed into entering the newspaper essay contest - "Why I Love My Wife."

The Car Mix-Up: Harriet drives home from the market and realizes the groceries on the front seat aren't hers - and neither is the car!

The Duenna: The duenna (chaperone) for Dave's Latina date makes amorous advances on a bewildered Ozzie.

The Petition: Rick and Dave concoct a phony "Wives Day" petition, which brings chaos to the Nelson household when folks take it seriously.

ABC's THE ADVENTURES OF OZZIE & HARRIET was a long-running sitcom that starred the Nelson family. The Nelsons, who were a real family off-screen, included parents Ozzie and Harriet and their sons, David and Ricky. Their wholesome exploits were transferred from radio to television in 1952, and many of the stories were based on real events that had occurred in their lives. The show lasted for 14 years, and this collection includes four episodes: "A Letter About Harriet," "The Car Mix-Up," "The Duenna," and "The Petition."

Family Life | Television / TV Series
This product is made-on-demand by the manufacturer using DVD-R recordable media. Almost all DVD players can play DVD-Rs (except for some older models made before 2000) - please consult your owner's manual for formats compatible with your player. These DVD-Rs may not play on all computers or DVD player/recorders. To address this, the manufacturer recommends viewing this product on a DVD player that does not have recording capability.