A teacher takes a job at a girl's reformatory. 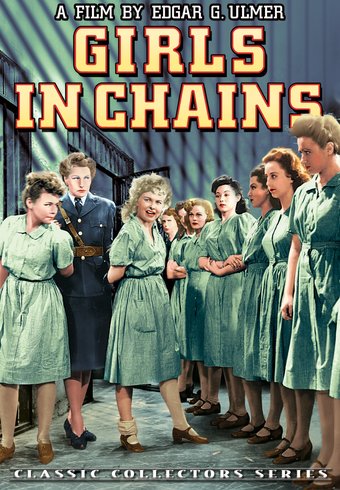 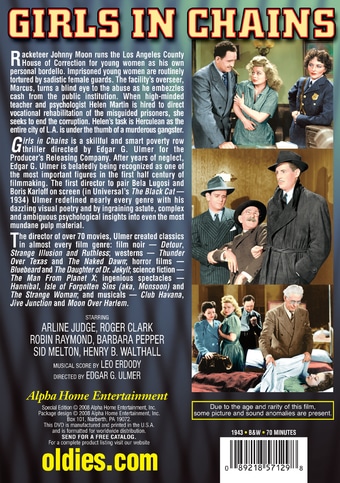 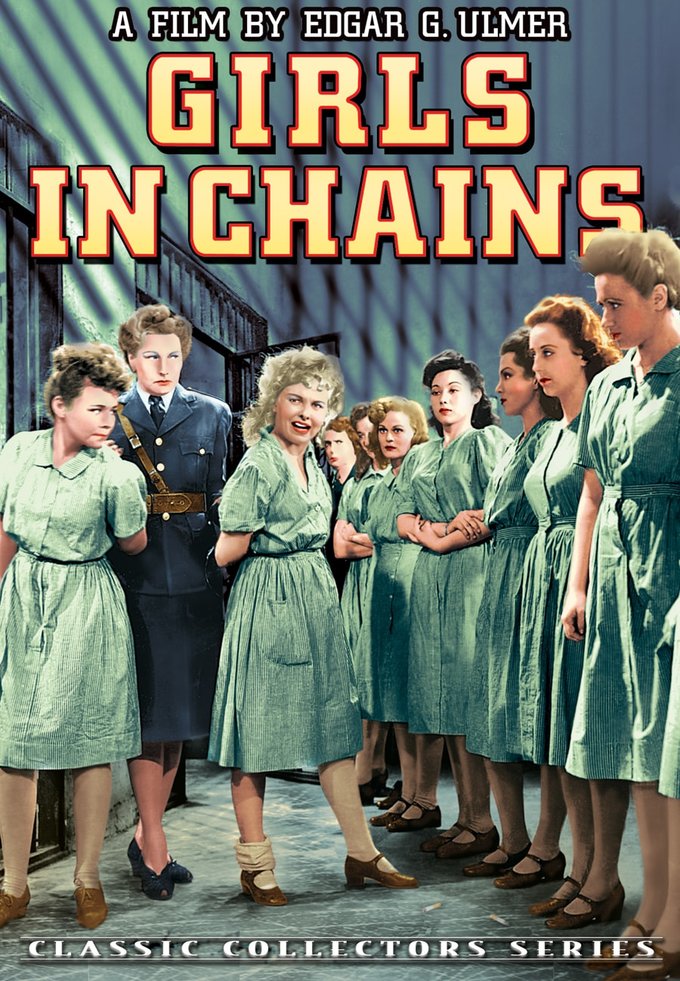 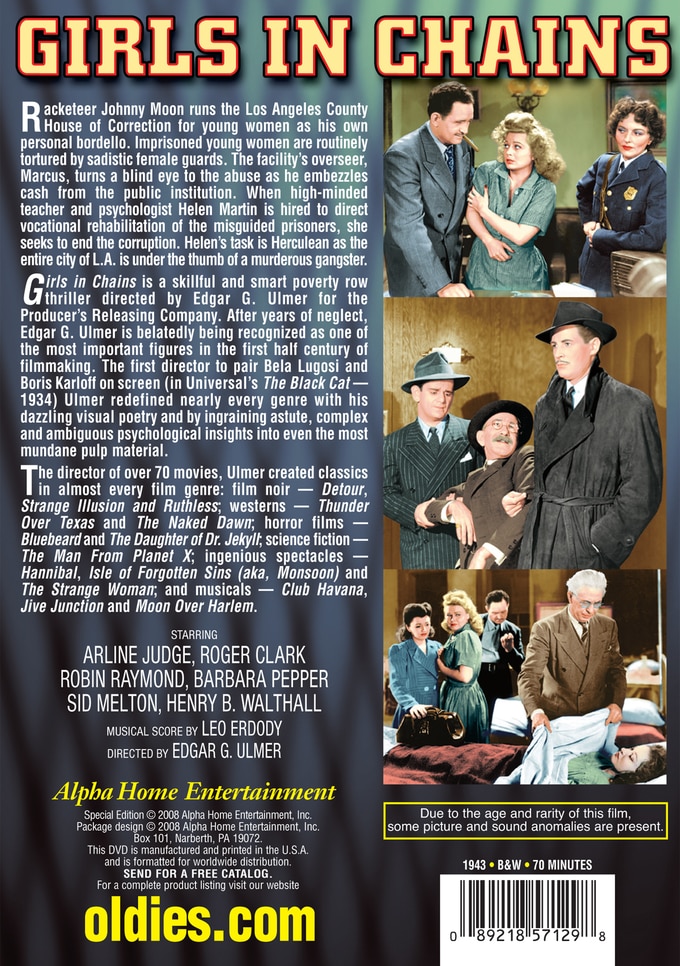 Racketeer Johnny Moon runs the Los Angeles County House of Correction for young women as his own personal bordello. Imprisoned young women are routinely tortured by sadistic female guards. The facility's overseer, Marcus, turns a blind eye to the abuse as he embezzles cash from the public institution. When high-minded teacher and psychologist Helen Martin is hired to direct vocational rehabilitation of the misguided prisoners, she seeks to end the corruption. Helen's task is Herculean as the entire city of L.A. is under the thumb of a murderous gangster.

Girls in Chains is a skillful and smart poverty row thriller directed by Edgar G. Ulmer for the Producer's Releasing Company. After years of neglect, Edgar G. Ulmer is belatedly being recognized as one of the most important figures in the first half century of filmmaking. The first director to pair Bela Lugosi and Boris Karloff on screen (in Universal's The Black Cat - 1934) Ulmer redefined nearly every genre with his dazzling visual poetry and by ingraining astute, complex and ambiguous psychological insights into even the most mundane pulp material.

The director of over 70 movies, Ulmer created classics in almost every film genre: film noir - Detour, Strange Illusion and Ruthless; westerns - Thunder Over Texas and The Naked Dawn; horror films - Bluebeard and The Daughter of Dr. Jekyll; science fiction - The Man From Planet X; ingenious spectacles - Hannibal, Isle of Forgotten Sins (aka Monsoon) and The Strange Woman; and musicals - Club Havana, Jive Junction and Moon Over Harlem.