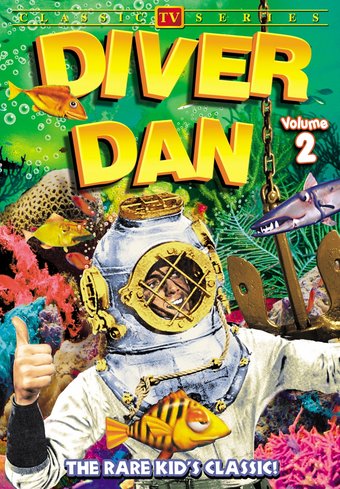 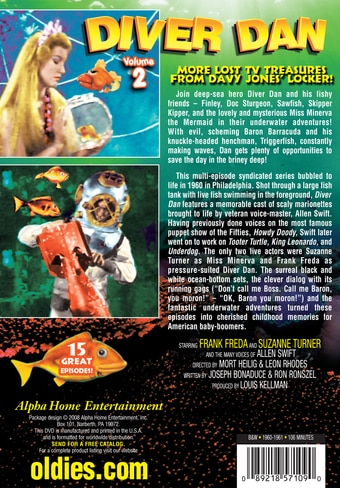 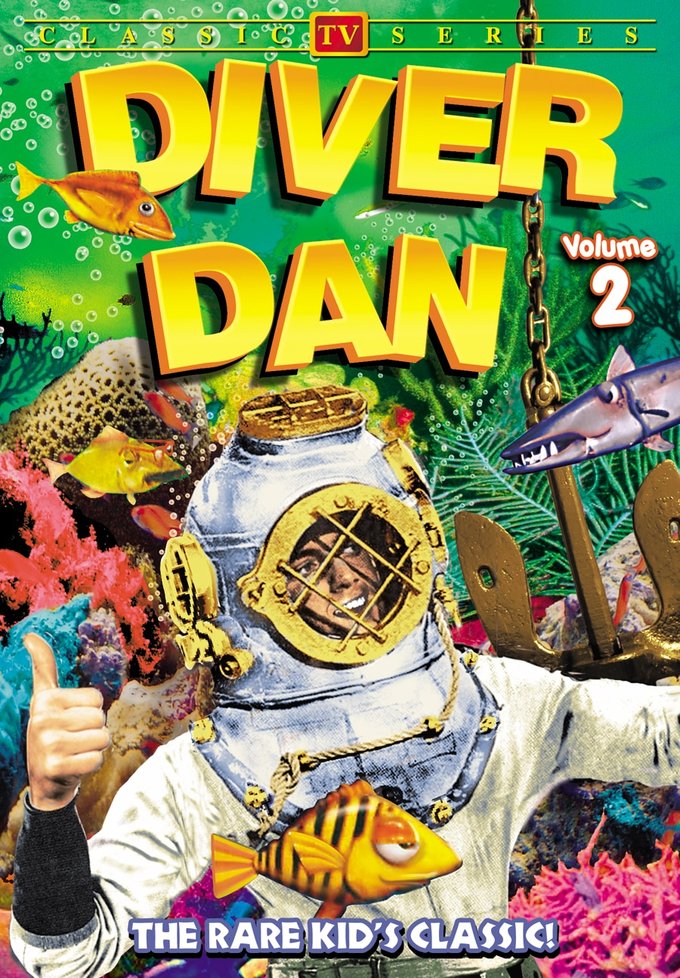 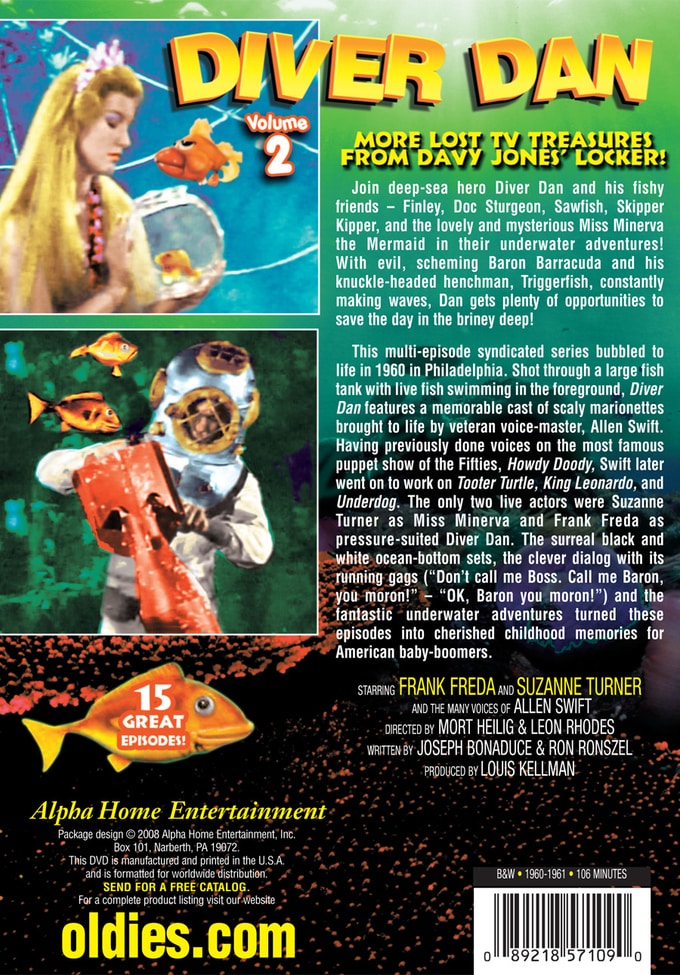 Join deep-sea hero Diver Dan and his fishy friends - Finley, Doc Sturgeon, Sawfish, Skipper Kipper, and the lovely and mysterious Miss Minerva the Mermaid in their underwater adventures! With evil, scheming Baron Barracuda and his knuckle-headed henchman, Triggerfish, constantly making waves, Dan gets plenty of opportunities to save the day in the briny deep!

This multi-episode syndicated series bubbled to life in 1960 in Philadelphia. Shot through a large fish tank with live fish swimming in the foreground, Diver Dan features a memorable cast of scaly marionettes brought to life by veteran voice-master, Allen Swift. Having previously done voices on the most famous puppet show of the Fifties, "Howdy Doody," Swift later went on to work on Tooter Turtle, King Leonardo, and Underdog. The only two live actors were Suzanne Turner as Miss Minerva and Frank Freda as pressure-suited Diver Dan. The surreal black and white ocean-bottom sets, the clever dialog with its running gags ("Don't call me Boss. Call me Baron, you moron!" - "OK, Baron you moron!") and the fantastic underwater adventures turned these episodes into cherished childhood memories for American baby-boomers.

Children | Television Shows
This product is made-on-demand by the manufacturer using DVD-R recordable media. Almost all DVD players can play DVD-Rs (except for some older models made before 2000) - please consult your owner's manual for formats compatible with your player. These DVD-Rs may not play on all computers or DVD player/recorders. To address this, the manufacturer recommends viewing this product on a DVD player that does not have recording capability.