Rolling Stone: 4 stars out of 5 -- "It is the most direct Clark has ever been with her lyricism, savagely cutting to the core of her feelings and her own mythology." 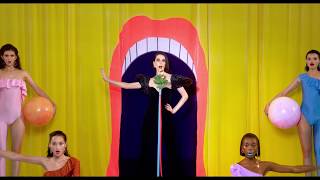 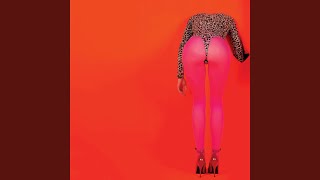 Rolling Stone
4 stars out of 5 -- "It is the most direct Clark has ever been with her lyricism, savagely cutting to the core of her feelings and her own mythology."
Spin
"There's no other contemporary artist applying such a chameleonic affect to the standard myth of singer with a guitar....Clark has carved out a space as a guitar hero in an era where that sort of thing is supposed to be over."
Entertainment Weekly
"A sleek piece of neon-pop machinery with a riot-girl heart, MASSEDUCTION felt like the fitting sonic vessel for a singularly disorienting year."
Uncut
"Clark's most personal work; a reflection on lost love that gave an already multi-dimensional work even greater layers of import and meaning."
Magnet
"Clark's wickedly sharp, vulnerable dissections of sex and loneliness, intimacy and power, feel more necessary than ever."
Mojo (Publisher)
"MASSEDUCTION is a revelation in terms of its raw and sometimes brutal emotional honesty."
NME (Magazine)
4 stars out of 5 -- "Perhaps the closest to home of all is 'Happy Birthday, Johnny': pedal steel, delicate piano and heart's blood, and the memory of "you've changed" recriminations from loved ones. 'Smoking Section' ends on a dark night of the soul..."
Paste (magazine) - "On MASSEDUCTION, Clark remains as unpredictable as ever, though there's one thing fans will have gotten right: so far, at least, Annie Clark has proven incapable of writing anything less than a knockout pop song."
Clash (Magazine) - "[T]he Texas native has digitalised her sound substantially, gravitating toward a caustic brand of electro-rock that's lent itself perfectly to her outlandish latex outfits and erratic on-stage antics."

Recording information: Compound Fracture, Los Angeles, CA; Electric Lady Studios, New York, NY; Rough Consumer Studio, Brooklyn, NY.
Photographer: Nedda Afsari.
If Masseduction is any indication, the success St. Vincent's Annie Clark had with her self-titled breakthrough album -- which included a Grammy for Best Alternative Album, playing with Nirvana at their induction to the Rock and Roll Hall of Fame, and a long-running, electrifying tour -- almost led to a breakdown. Fortunately, for an artist as keenly observant as Clark, personal chaos counts as field research, and on her fifth album she weaponizes the trappings of her acclaim. Working with an in-demand producer (Bleachers' Jack Antonoff, who has also shaped sounds for Lorde and Taylor Swift) and all-star collaborators including Kamasi Washington, Jenny Lewis, and Mike Elizondo, on Masseduction she creates a pop version of St. Vincent that's bigger and shinier -- but definitely not simpler. In its own way, it's just as complex as her previous album, and as its sound gets more lurid and massive, its songs get more revealing and anxious. "Hang on Me," which begins the album by comparing a relationship to a plane crash, is the first of many songs to go down in flames. On the title track, Clark sounds increasingly unhinged as she repeats the album's mission statement -- "I can't turn off what turns me on" -- over gleaming synths, outlandish guitars, and barely human harmonies. Here and on the deceptively sleek "Sugarboy," where she describes herself as "a casualty hanging from the balcony," she crafts potent cocktails of desire and destruction. Clark also transcends the familiarity of Masseduction's tropes just as skillfully as she subverts pop music's conventions. The perky irony of "Pills"' ode to pharmaceuticals could be clich‚d if its speedy verses weren't followed by a narcotized coda featuring Washington's woozily beautiful saxophone. Similarly, Clark finds new wrinkles on sexuality and boundaries on the Prince-ly "Savior" and injects new life into the tale of a partner's OD on "Young Lover," hitting wailing high notes that are equally fantastical and desperate. These cracking veneers allow more glimpses of real feeling than ever before in St. Vincent's music, most strikingly on "Happy Birthday, Johnny," a throwback to Marry Me's piano pop that finds a longtime friend calling Clark a sellout, and "New York," a farewell to a changing town and changing relationships. Even the glossy satire of "Los Ageless" is punctuated by whispered confessions ("I try to write you a love song but it comes out a lament") and limpid steel guitar that melts the rigidity of its beats, a motif that runs through the album. As it closes with "Slow Disco"'s bittersweet knowledge that it's time to leave "the bay of mistakes" and the glowering self-destruction of "Smoking Section," Masseduction delivers sketches of chaos with stunning clarity. It's the work of an always savvy artist at her wittiest and saddest. ~ Heather Phares

Everything Everything
Get to Heaven
$10.90 CD Sale
Add to Cart