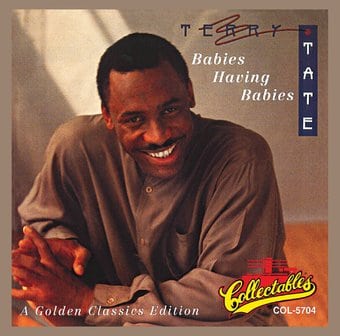 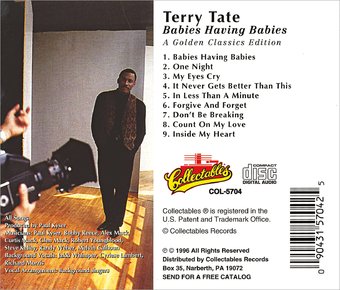 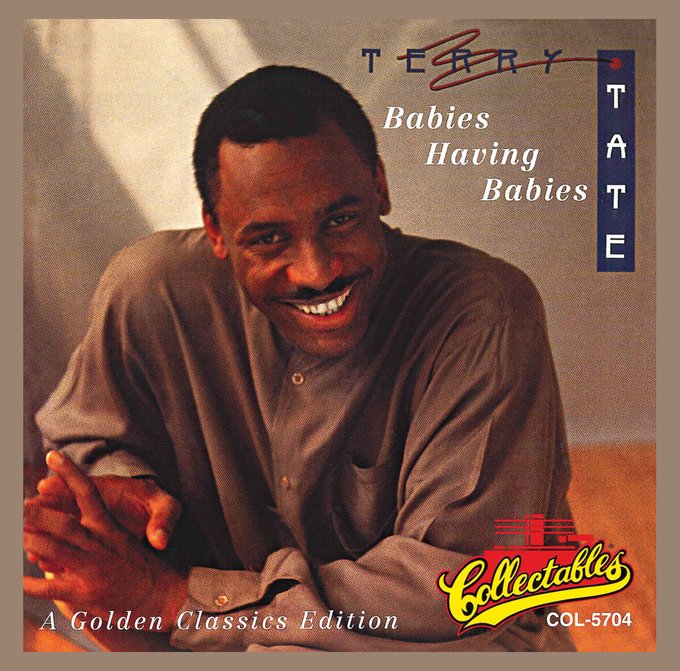 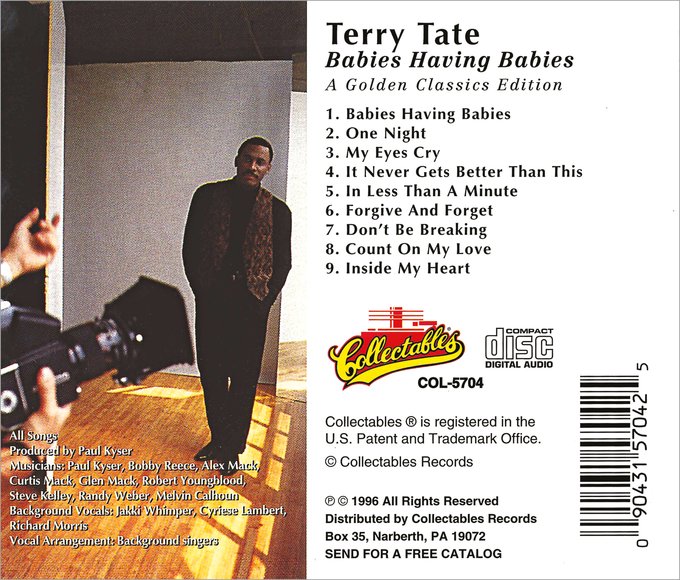 Terry Tate was a New Jersey teacher working with kids with special problems who also did some background singing work. He spoke to a producer about an idea he had for a message song about teenage pregnancy, and the hit "Babies Having Babies" was born. Tate's album featuring that song has long been a collector's item - listeners found it hard to reconcile his romantic singing side with his more message-oriented material.

80%off
Terry Tate
Babies Having Babies
$2.98 on Sale
Add to Cart