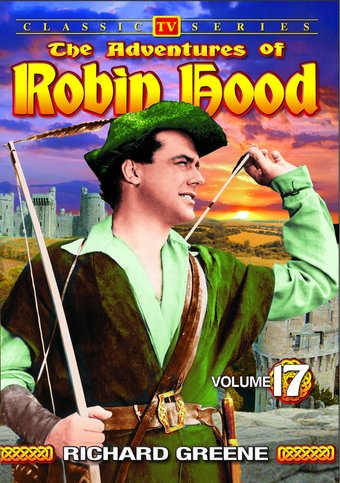 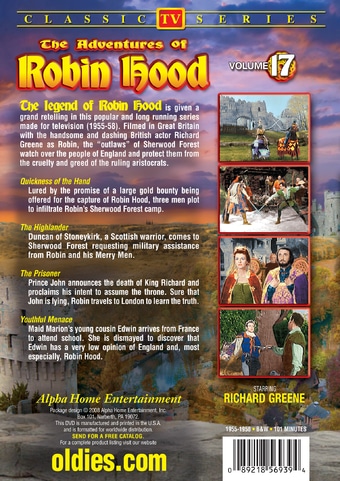 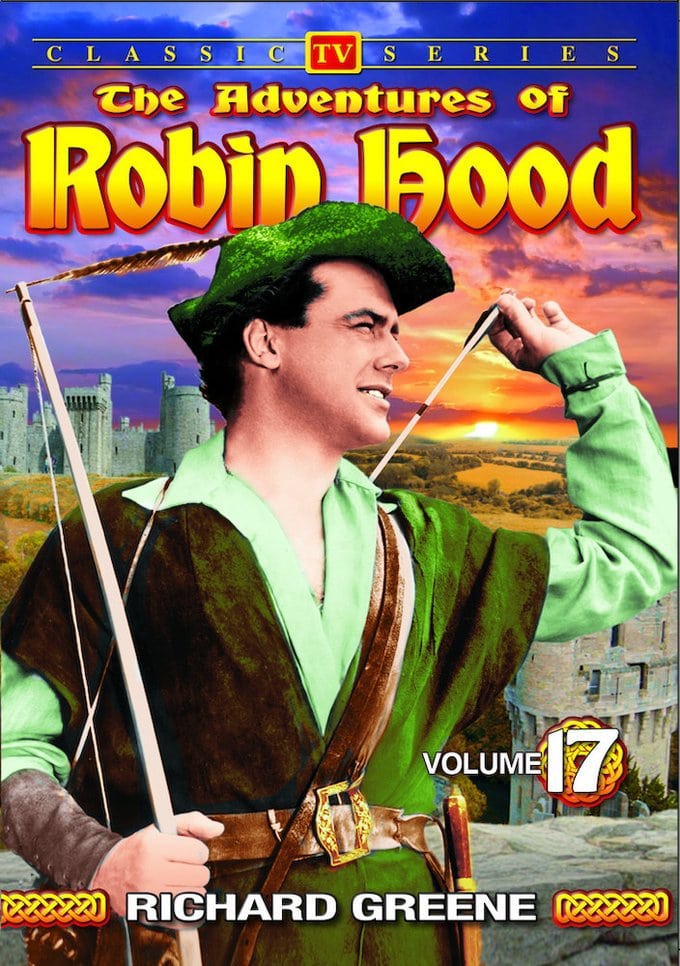 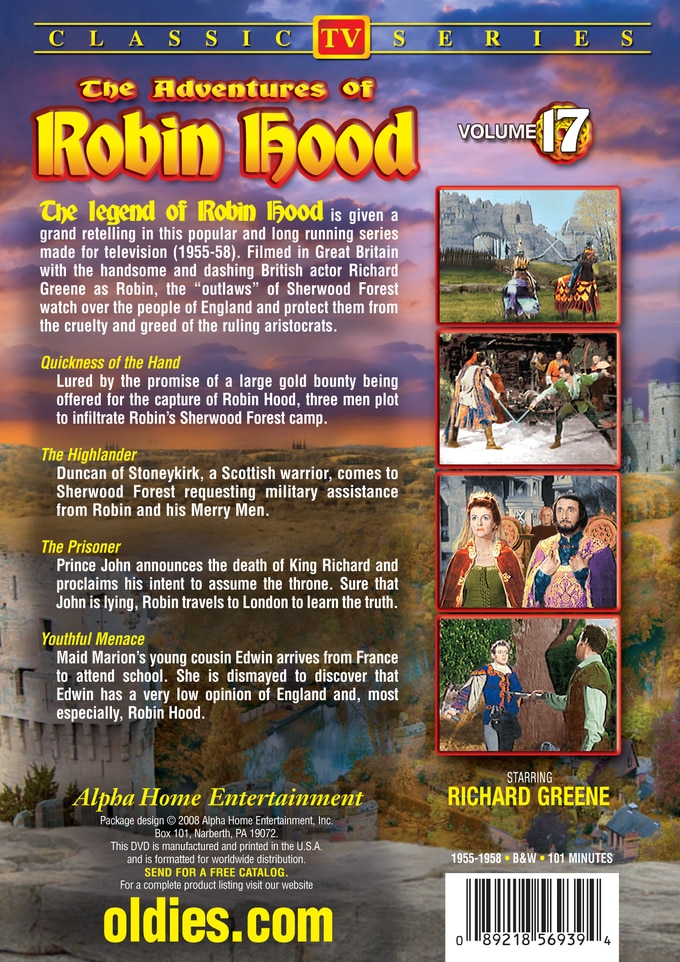 Quickness of the Hand: Lured by the promise of a large gold bounty being offered for the capture of Robin Hood, three men plot to infiltrate Robin's Sherwood Forest camp.

The Highlander: Duncan of Stoneykirk, a Scottish warrior, comes to Sherwood Forest requesting military assistance from Robin and his Merry Men.

The Prisoner: Prince John announces the death of King Richard and proclaims his intent to assume the throne. Sure that John is lying, Robin travels to London to learn the truth.

Youthful Menace: Maid Marion's young cousin Edwin arrives from France to attend school. She is dismayed to discover that Edwin has a very low opinion of England and, most especially, Robin Hood.

While trying to outwit Prince John and the Sheriff of Nottingham, Robin Hood and his merry men rob from the rich to give to the poor in this 1950s British television series. Richard Greene played Robin as an upbeat and expansive fellow, with a small repertory troupe playing different supporting roles. This collection presents four episodes from the show: "Quickness of the Hand," "The Highlander," "The Prisoner," and "Youthful Menace."