The man with the barbed-wire soul.

26K ratings
Out of Print: Future availability is unknown
Notify Me When Available
Add to Wishlist
Format:  DVD
sku:  6G3AD
Our customers love us! 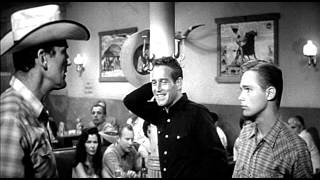 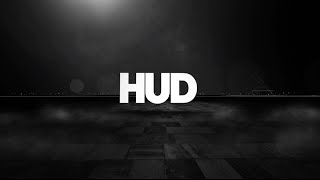 "Well I always say the law was meant to be interpreted in a lenient manner, and that's what I try to do. Sometimes I lean to one side of it, sometimes I lean to the other."
- Hud Bannon (Paul Newman)
"How many honest men you know' You take the sinners away from the saints, you're lucky to end up with Abraham Lincoln."
- Hud (Paul Newman) to his father Homer Bannon (Melvyn Douglas)
"Nobody gets out of life alive."
- Hud (Paul Newman)
Hud (to Lon): "The world's so full of crap a man's going to get into it sooner or later, whether he's careful or not."
"Man like that sounds no better than a heel. Aren't you all' Honey, don't go shootin' all the dogs 'cause one of 'ems got fleas."
- Hud (Paul Newman) to Alma (Patricia Neal)

Martin Ritt's HUD is an adaptation of Larry McMurtry's novel HORSEMAN, PASS BY, successfully transformed into an entertaining and ambitious contemporary Western. Set on a Texas ranch where Cadillacs, cattle, and transistor radios coexist uneasily, the film stars Paul Newman as the hedonistic, arrogant, and rebellious farmhand Hud Bannon. Hud is constantly at odds with his kind father Homer (Melvyn Douglas), who blames him for the death of his brother. Hud further strains their relationship when he begins taking his nephew out drinking and chasing women. But when it appears that Homer's herd of cattle may have contracted hoof-and-mouth disease, he asks his son's help and advice. Predictably, Homer and Hud disagree about what should be done with the cattle, so Hud tries to gain ownership of the ranch--which could mean taking away his father's sole possession and livelihood. Beautifully photographed, the film has a clean visual style, emphasizing both the open spaces of the Texan landscape and the Cadillacs and Dr. Pepper signs that adorn it. Patricia Neal won an oscar for her role, and Newman's performance gives the film its wit and considerable velocity; his character, Hud, is morally reprehensible but still likeable and charismatic, and he carries the film forward to its surprising and poignant ending.