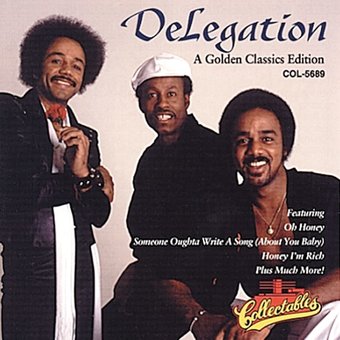 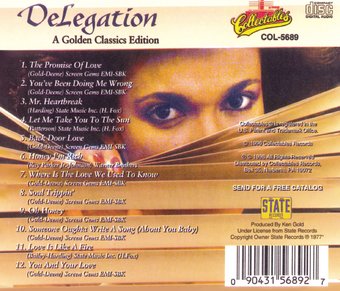 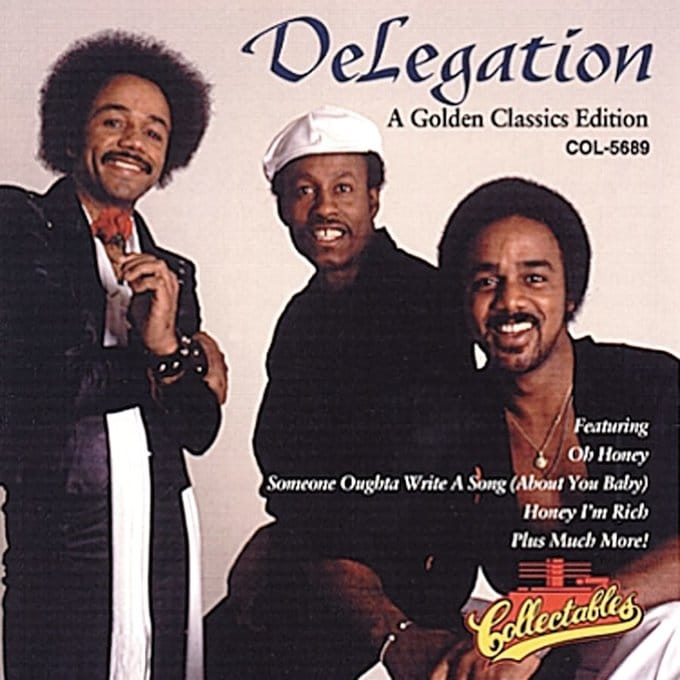 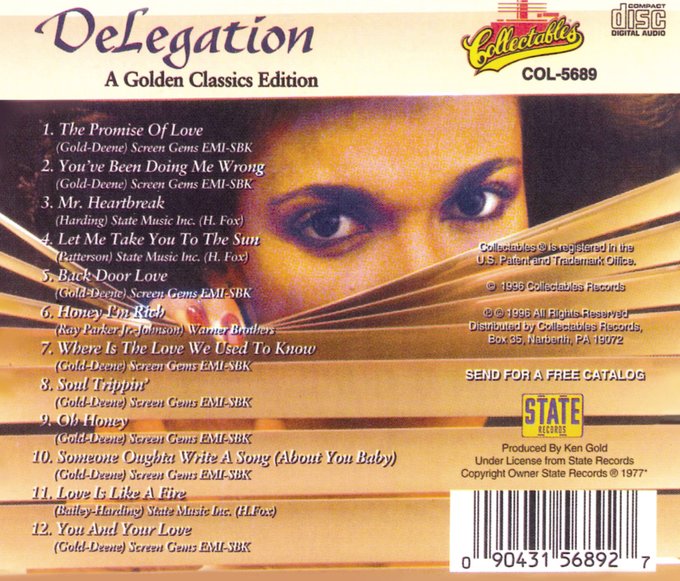 The three-man group Delegation was founded in the United Kingdom in 1975. The group gained some popularity in the late '70s on both sides of the Atlantic. They toured extensively in Europe and probably hit the foreign charts more often than they did the R&B and Pop charts in America). This collection features their best-known "The Promise of Love", "You've Done Me Wrong", "Honey I'm Rich", and more.

Originally released in 1976 as THE PROMISE OF LOVE on State (14).
Delegation: Len Coley, Ricky Bailey, Roddy Harris (vocals).
Additional personnel: John Januszewski (guitar); Jez Woodruff (electric piano); Gibson John (bass); Irwin Sylvester (drums).
Personnel: John Januszewski (guitar); Jez Woodruff (electric piano); Irwen Sylvester (drums).
Delegation's easy-flowing, pop-soul sounds only scored once with any wallop in the States, a #5 R&B charting for "Oh Honey," an endearing ballad that ranks as their best. The lead singer reminds you of a young Levi Stubbs trying to overcome a cold. Stubbs would have set these songs on fire, Delegation just nukes 'em on medium power for a few minutes. A more demanding producer and these would have been across-the-board hits, still their soul-lite style pleased many, tracks to check: "Mr. Heartbeat," "Back Door Love," "Where Is The Love We Used To Know," "Soul Trippin'" and of course - "Oh Honey."While little known in the States, Delegation was da bomb in England. ~ Andrew Hamilton

The Spinners
The Very Best of Spinners
$13.60
Add to Cart

Enchantment
If You're Ready: The Best of Enchantment
$16.30
Add to Cart

54%off
William DeVaughn
Be Thankful For What You've Got - A Golden Classics Ed.
$5.98
Add to Cart

54%off
Southside Movement
The Very Best of I've Been Watching You (Limited) (CD)
$5.98
Add to Cart