They don't make girls like "Charlie" anymore -- they never did! 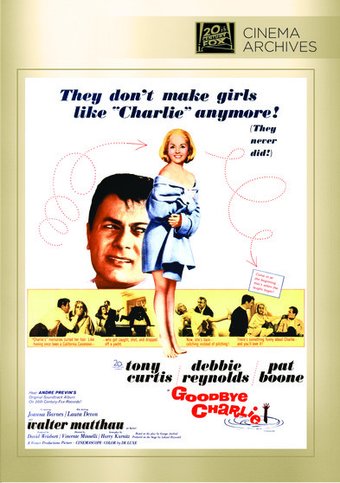 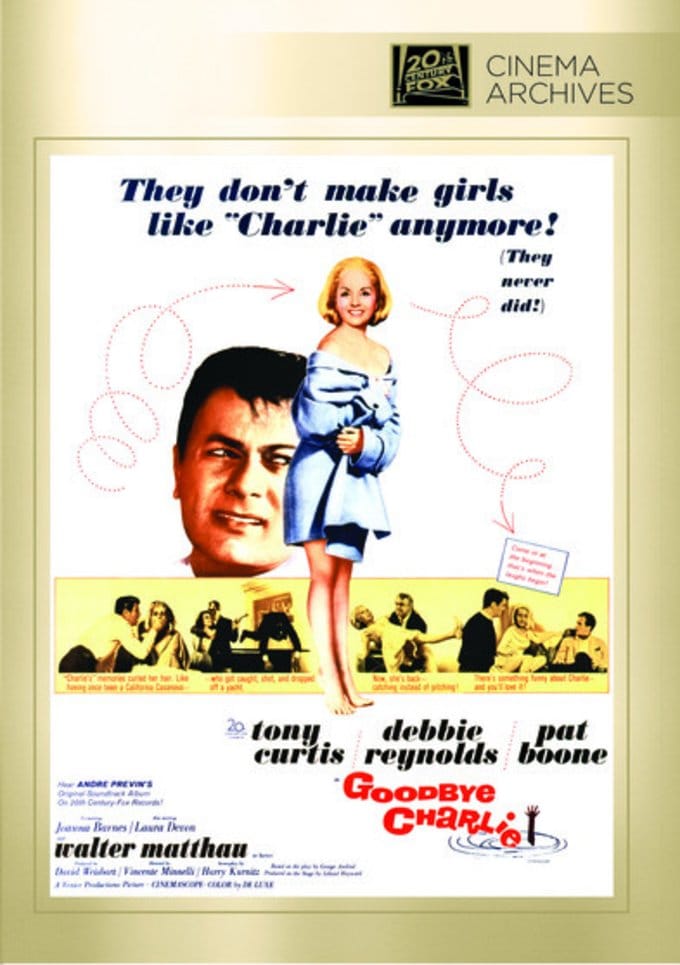 Shot by a jealous husband and lost at sea, Charles finds himself returned to the world as a woman named Charlie.?

George Axelrod's GOODBYE CHARLIE flopped on Broadway with Lauren Bacall in the lead, but fared a little better as a film vehicle for Debbie Reynolds. Charlie (Harry Madden) is an inveterate philanderer who is shot dead by jealous husband Walter Matthau. Through a celestial fluke, Charlie's soul enters the well-rounded body of Debbie Reynolds. In this form, Charlie/Debbie seeks to settle old scores with her murderer as well as several other enemies. As if these aren't complications enough, Charlie's best friend Tony Curtis falls in love with Debbie, knowing full well that Debbie isn't really Debbie. If you liked GOODBYE CHARLIE once, you'll love it twice: Blake Edwards retooled the whole megillah for Ellen Barkin, added a trendy feminist underlining, and came up with SWITCH (1991).

Afterlife | Fantasy | Playboy | Revenge | Affairs | Friendships | Gender Bending
This product is made-on-demand by the manufacturer using DVD-R recordable media. Almost all DVD players can play DVD-Rs (except for some older models made before 2000) - please consult your owner's manual for formats compatible with your player. These DVD-Rs may not play on all computers or DVD player/recorders. To address this, the manufacturer recommends viewing this product on a DVD player that does not have recording capability.

How to Stuff a Wild Bikini
$17.20 Super Savings
Add to Cart

Customer Rating:
Based on 2182 ratings.


You can see why Curtis and Reynolds were paired to a screwball comedy. "Charlie" was a womanizing cad, shot dead by a jealous husband (Matthau). He's resurrected and comes back to visit his buddy, as a woman (Reynolds). Tony Curtis did a couple of screwball comedies in the early sixties, this one and "Boeing, Boeing" especially come to mind. He's a good straightman for Reynolds. Had this movie been done 10-15 years earlier, I could've seen Cary Grant playing the Curtis role.