The Prodigy The Day Is My Enemy

Rolling Stone: "They ignore modern EDM conventions almost completely, opting instead for a high-velocity chug that recalls their style circa 1992, combined with the punky, jagged attack of recent M.I.A." 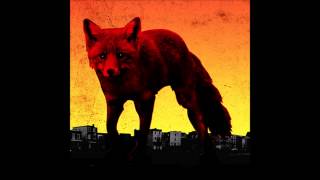 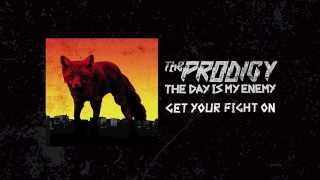 The Prodigy - Get Your Fight On (Music Video)

Rolling Stone
"They ignore modern EDM conventions almost completely, opting instead for a high-velocity chug that recalls their style circa 1992, combined with the punky, jagged attack of recent M.I.A."
Billboard - "THE DAY IS MY ENEMY stands out against the sugarcoated EDM ruling today's airwaves. In that context, Howlett and his bandmates get points for tenacity and consistency."
NME (Magazine)
"Unquestionably, every song has been written to add firepower to the band's live show, but it's nonetheless the strongest and most confident Prodigy album since THE FAT OF THE LAND."
Pitchfork (Website) - "The title song, which opens the album, is a malevolent high point. The guitar riff rains down like a buzz bomb and the quarter-note ride cymbal sounds like an anvil..."

Refusing to grow old gracefully, veteran ravers the Prodigy offer a wobbly, angry album with their sixth studio effort The Day Is My Enemy, an LP that supports titles like "Nasty" and "Destroy" with stadium-sized beats and '90s chants, as if they were what the kids were clamoring for in 2015. Even if they weren't, Liam Howlett and company have decided they need it, and collaborated in a way that makes this the most "band" Prodigy album in ages, something that benefits the twitchy disco number "Wild Frontier" and the aptly titled "Rhythm Bomb" with guest producer Flux Pavilion providing the rave sound of today. "Rok-Weiler" is a fashion-minded and fierce highlight that fits the band's catalog the same way the great "Paninaro" fit with the Pet Shop Boys, and as far as Howlett the musical innovator, there are plenty of new video game noises, wormholes of time, and tricky vocal edits that are razor-sharp. Add the way "Roadblox" provides the cinematic side of Prodigy that's often overlooked and the album seems a triumph, but lead single "Nasty" is a lesser "Firestarter" and at 14 cuts, this chunky effort is built for returning fan club members and not the EP-craving EDM crowd. ~ David Jeffries

The Prodigy
Music for the Jilted Generation
$26.70
Add to Cart

86%off
The Chemical Brothers
Come with Us
$7.98 on Sale
Add to Cart