Eleni Mandell I Can See The Future 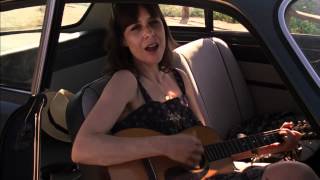 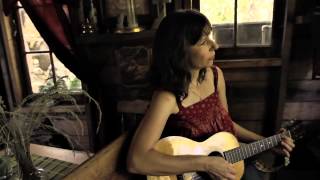 Far removed from the bluesy and jazzy, angular, noir-filled haze that hovered over much of 2009's Artificial Fire, 2012's I Can See the Future finds the Los Angeles-based singer/songwriter grappling with the speed of life with a newfound grace and sensitivity. Flush with the overwhelming joy of motherhood and tempered by the gut punch of being newly single, I Can See the Future feels like a love letter to both, and Mandell, whose hushed and measured delivery has always hinted at the darker of the two forks in the road, sounds remarkably content. Lush, cinematic, and languid, songs like "The Future," with its angelic, Brian Eno-esque synth work, and the Roy Orbison-inspired "Don't Say No" feel like late-afternoon, dead-of-summer hymns, while bouncier numbers like "Who You Gonna Dance With" and the warm and wonderful single "Magic Summertime" find their inspiration in classic Motown, soul, and Brill Building pop, layering sultry grooves with waves of fluttery organ and laid-back horns, sounding for all the world like they were unearthed from a lost Carly Simon or Dusty Springfield session. That said, for all of her torch singer sensibilities, Mandell's voice never rises above conversation level, resulting in a cool and collected vibe that permeates each and every track. Immaculately produced and performed, I Can See the Future is chock-full of breezy, likable retro-pop that's made for people who like their nostalgia delivered through the wonders of modern fidelity, and while it may put off, at first, those with a predilection for Mandell's darker side, it won't take but a spin or two make them see the light. ~ James Christopher Monger

Eleni Mandell
I Can See the Future
$16.20 Super Savings
Add to Cart