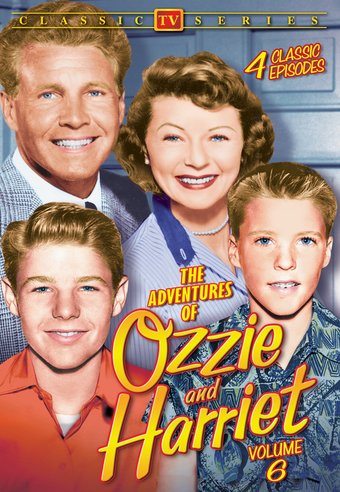 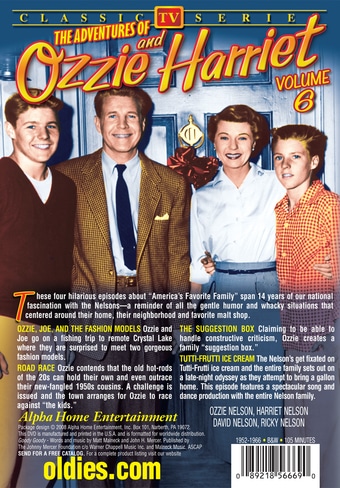 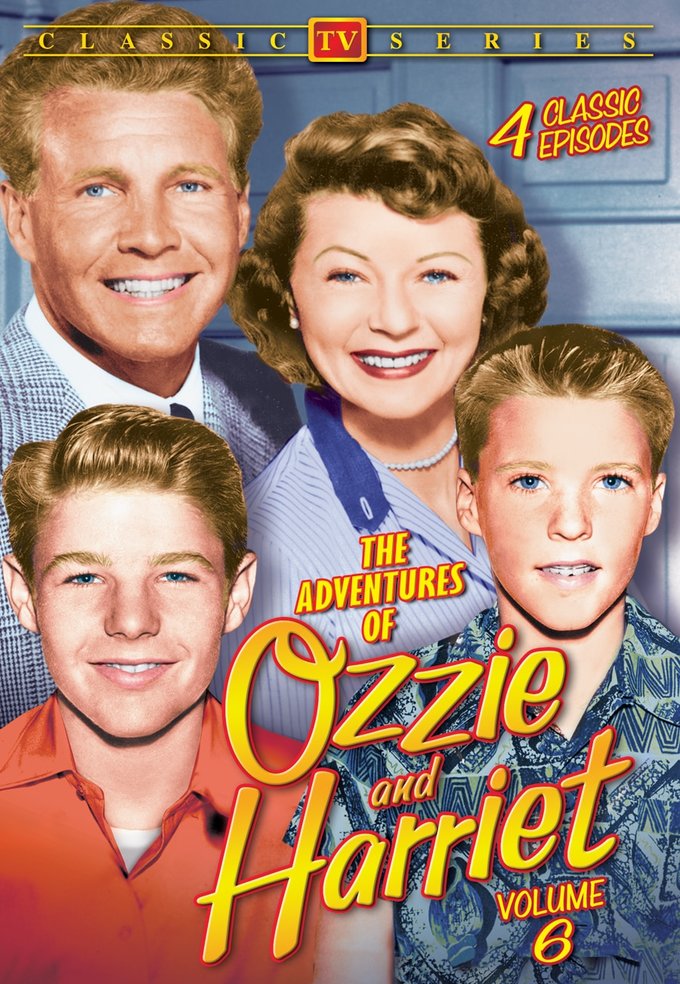 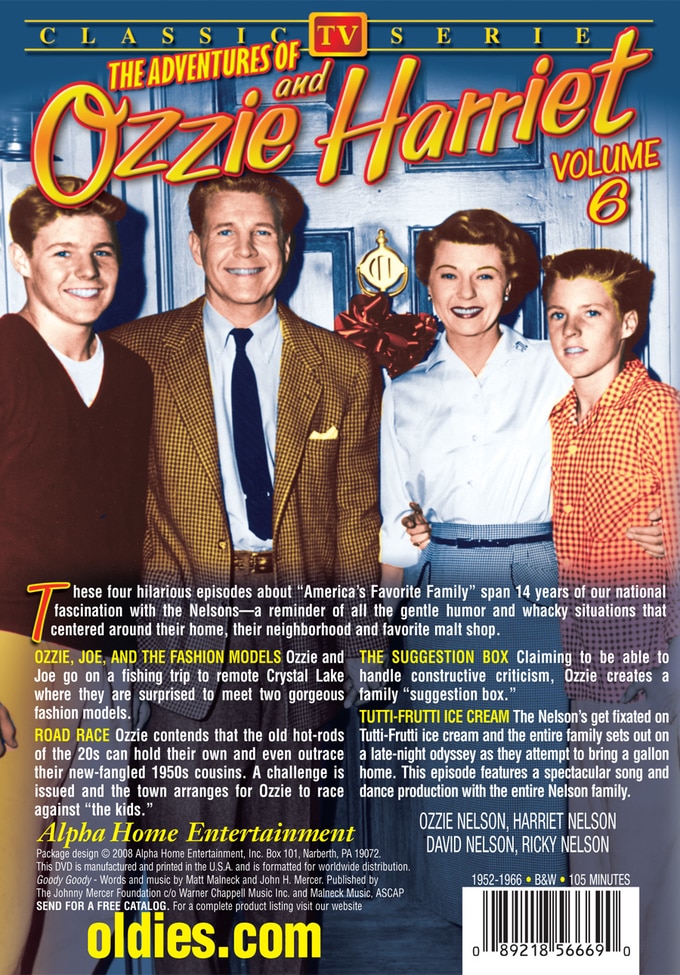 Ozzie, Joe, and the Fashion Models: Ozzie and Joe go on a fishing trip to remote Crystal Lake where they are surprised to meet two gorgeous fashion models.

Road Race: Ozzie contends that the old hot-rods of the 20s can hold their own and even outrace their new-fangled 1950s cousins. A challenge is issued and the town arranges for Ozzie to race against "the kids."

Tutti-Frutti Ice Cream: The Nelson's get fixated on Tutti-Frutti ice cream and the entire family sets out on a late-night odyssey as they attempt to bring a gallon home. This episode features a spectacular song and dance production with the entire Nelson family.

ABC's THE ADVENTURES OF OZZIE & HARRIET was a long-running sitcom that starred the Nelson family. The Nelsons, who were a real family off-screen, included parents Ozzie and Harriet and their sons, David and Ricky. Their wholesome exploits were transferred from radio to television in 1952, and many of the stories were based on real events that had occurred in their lives. The show lasted for 14 years, and this collection includes four episodes: "Ozzie, Joe, and the Fashion Models," "Road Race," "The Suggestion Box," and "Tutti-Frutti Ice Cream."