An apartment to die for. 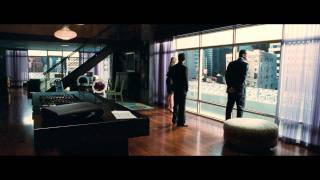 A reclusive Manhattan heiress finds her carefully structured world beginning to crumble after her elderly neighbor dies, and a young couple moves into the vacant apartment. On her 18th birthday, Abigail Clayton (Selma Blair) received a staggering inheritance from her late father, an affluent industrialist. That same day, Abigail also escaped the probing lenses of the paparazzi by sealing herself away from the world in her massive loft. Nearly twenty years later, the only people Abigail interacts with are Klandermann (Kevin Pollak) the Concierge, and Dr. Raymond Fontaine (Beau Bridges), a trusted family friend. One day, Abigail's elderly neighbor dies under mysterious circumstances, and Homicide Detective Frank Giardello (Giovanni Ribisi) comes knocking on Abigail's door looking for answers. Concerned that the open apartment could provide a perfect perch for prying eyes, Abigail inquires about purchasing it to no avail. Shortly thereafter, Abigail spies Charlie (Jason Lee) and Lillian (Amy Smart) moving into the apartment. In the weeks that follow, Abigail begins religiously using her peephole to scrutinize her new neighbors' every move. But she can't stay locked away forever, and the moment Abigail meets Charlie and Lillian in person, the nightmare begins.