The Texas Rangers: Rangers Take Over

The Texas Rangers ride into danger in this classic vintage western. 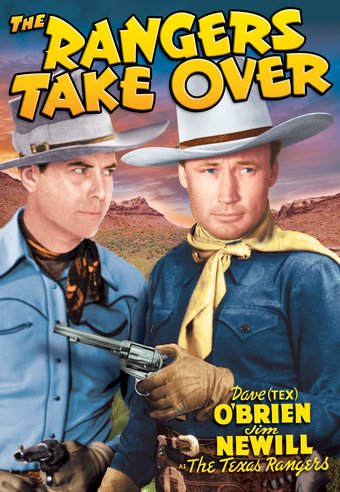 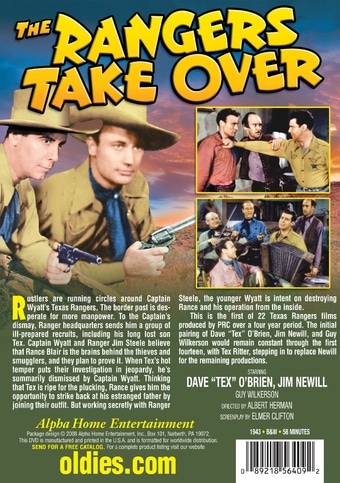 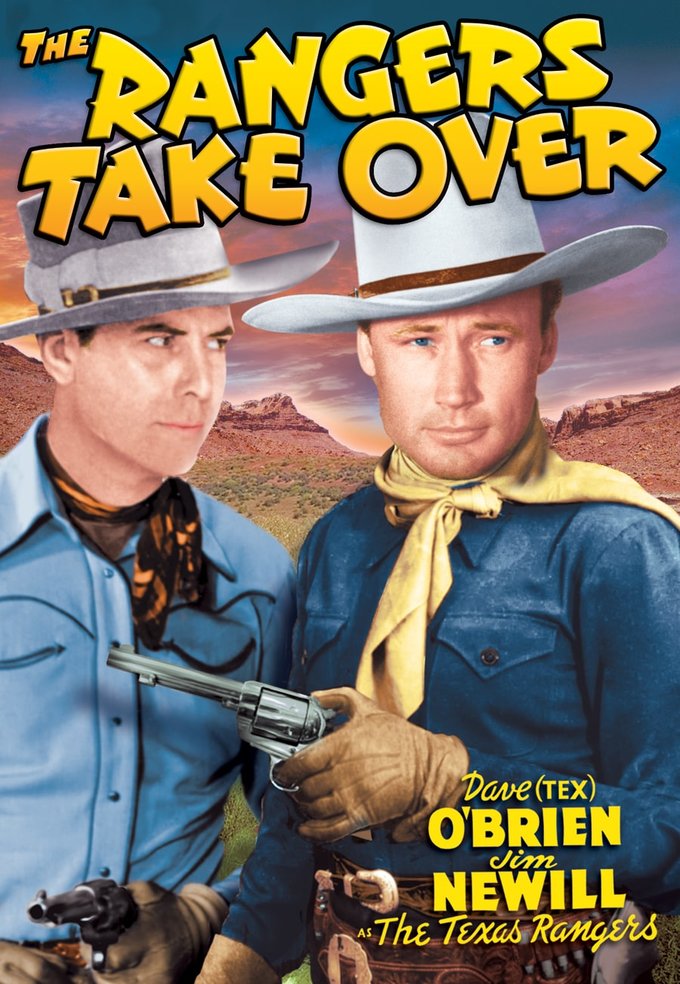 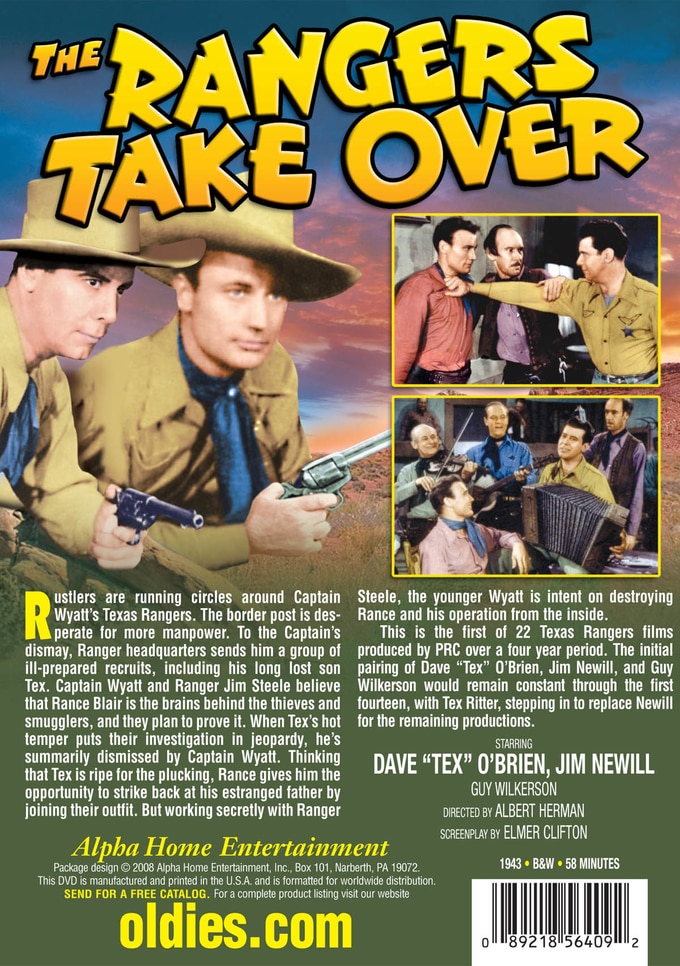 Rustlers are running circles around Captain Wyatt's Texas Rangers. The border post is desperate for more manpower. To the Captain's dismay, Ranger headquarters sends him a group of ill-prepared recruits, including his long lost son Tex. Captain Wyatt and Ranger Jim Steele believe that Rance Blair is the brains behind the thieves and smugglers, and they plan to prove it. When Tex's hot temper puts their investigation in jeopardy, he's summarily dismissed by Captain Wyatt.

Thinking that Tex is ripe for the plucking, Rance gives him the opportunity to strike back at his estranged father by joining their outfit. But working secretly with Ranger Steele, the younger Wyatt is intent on destroying Rance and his operation from the inside.

This is the first of 22 Texas Rangers films produced by PRC over a four year period. The initial pairing of Dave "Tex" O'Brien, Jim Newill, and Guy Wilkerson would remain constant through the first fourteen, with Tex Ritter stepping in to replace Newill for the remaining productions.