A hilarious compilation of wrong-headed documentaries shown in schools and churches in the 40's and 50's. 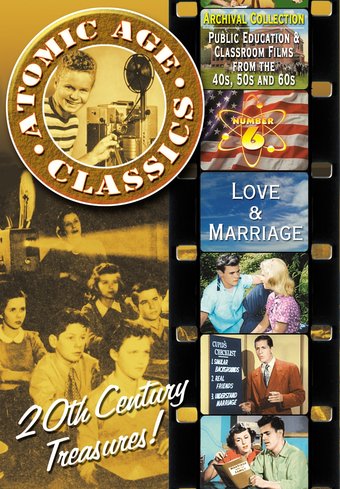 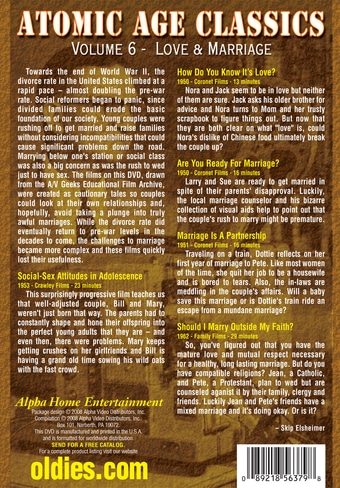 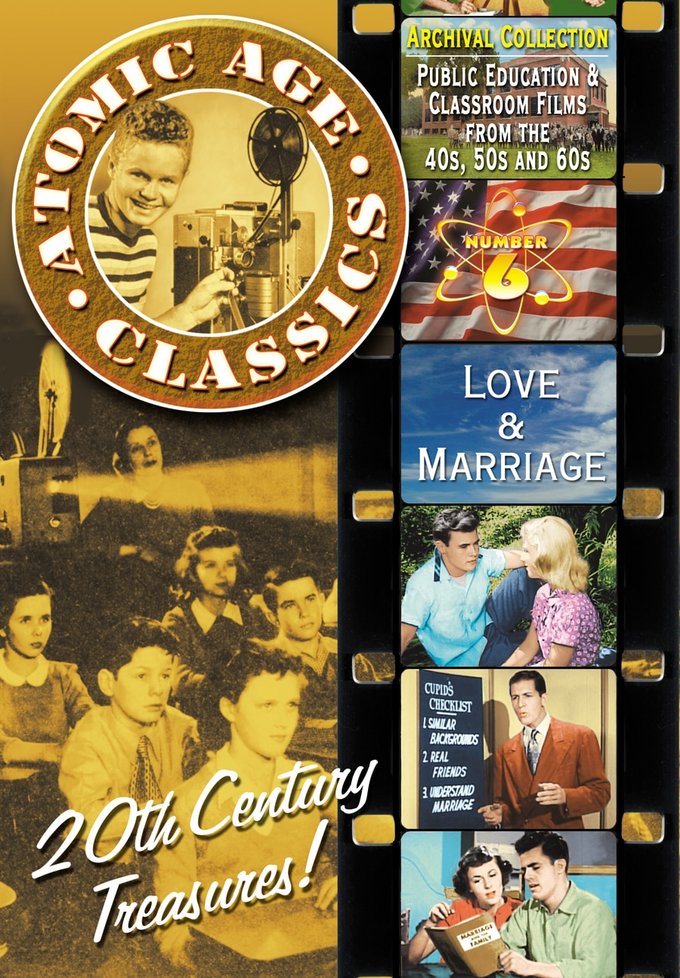 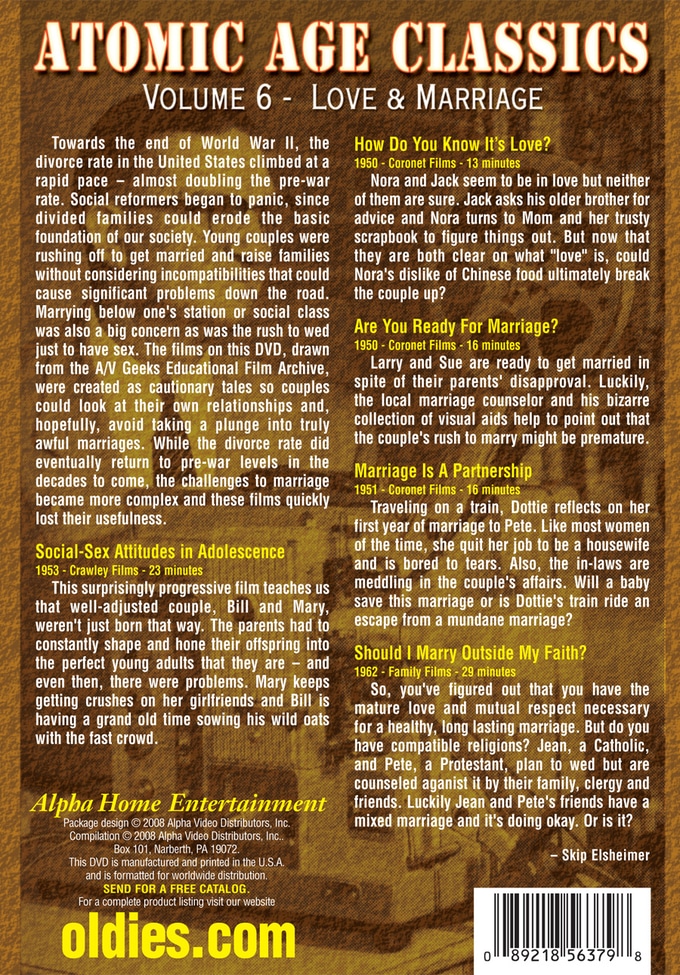 Towards the end of World War II, the divorce rate in the United States climbed at a rapid pace - almost doubling the pre-war rate. Social reformers began to panic, since divided families could erode the basic foundation of our society. Young couples were rushing off to get married and raise families without considering incompatibilities that could cause significant problems down the road. Marrying below one's station or social class was also a big concern as was the rush to wed just to have sex. The films on this DVD, drawn from the A/V Geeks Educational Film Archive, were created as cautionary tales so couples could look at their own relationships and, hopefully, avoid taking a plunge into truly awful marriages. While the divorce rate did eventually return to pre-war levels in the decades to come, the challenges to marriage became more complex and these films quickly lost their usefulness.

Social-Sex Attitudes in Adolescence (1953 - Crawley Films - 23 minutes): This surprisingly progressive film teaches us that well-adjusted couple, Bill and Mary, weren't just born that way. The parents had to constantly shape and hone their offspring into the perfect young adults that they are - and even then, there were problems. Mary keeps getting crushes on her girlfriends and Bill is having a grand old time sowing his wild oats with the fast crowd.

How Do You Know It's Love? (1950 - Coronet Films - 13 minutes): Nora and Jack seem to be in love but neither of them are sure. Jack asks his older brother for advice and Nora turns to Mom and her trusty scrapbook to figure things out. But now that they are both clear on what "love" is, could Nora's dislike of Chinese food ultimately break the couple up?

Are You Ready For Marriage? (1950 - Coronet Films - 16 minutes): Larry and Sue are ready to get married in spite of their parents' disapproval. Luckily, the local marriage counselor and his bizarre collection of visual aids help to point out that the couple's rush to marry might be premature.

Marriage Is A Partnership (1951 - Coronet Films - 16 minutes): Traveling on a train, Dottie reflects on her first year of marriage to Pete. Like most women of the time, she quit her job to be a housewife and is bored to tears. Also, the in-laws are meddling in the couple's affairs. Will a baby save this marriage or is Dottie's train ride an escape from a mundane marriage?

Should I Marry Outside My Faith? (1962 - Family Films - 29 minutes): So, you've figured out that you have the mature love and mutual respect necessary for a healthy, long lasting marriage. But do you have compatible religions? Jean, a Catholic, and Pete, a Protestant, plan to wed but are counseled aganist it by their family, clergy and friends. Luckily Jean and Pete's friends have a mixed marriage and it's doing okay. Or is it?

Documentary | Marriage | Divorce
This product is made-on-demand by the manufacturer using DVD-R recordable media. Almost all DVD players can play DVD-Rs (except for some older models made before 2000) - please consult your owner's manual for formats compatible with your player. These DVD-Rs may not play on all computers or DVD player/recorders. To address this, the manufacturer recommends viewing this product on a DVD player that does not have recording capability.