A boy with a fabulous singing voice charms the fishermen of San Francisco Bay. / A young boy is forced to leave his family move in with relatives he doesn't know. 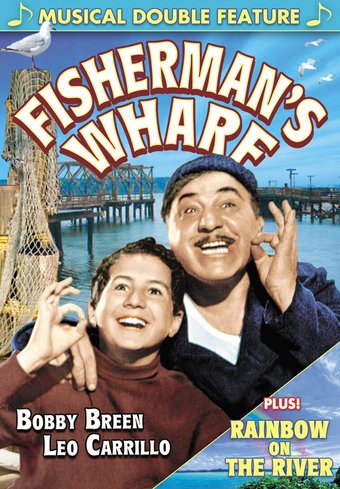 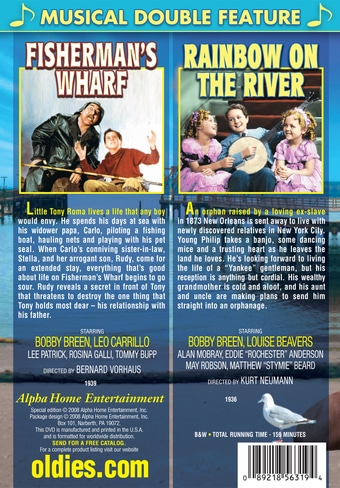 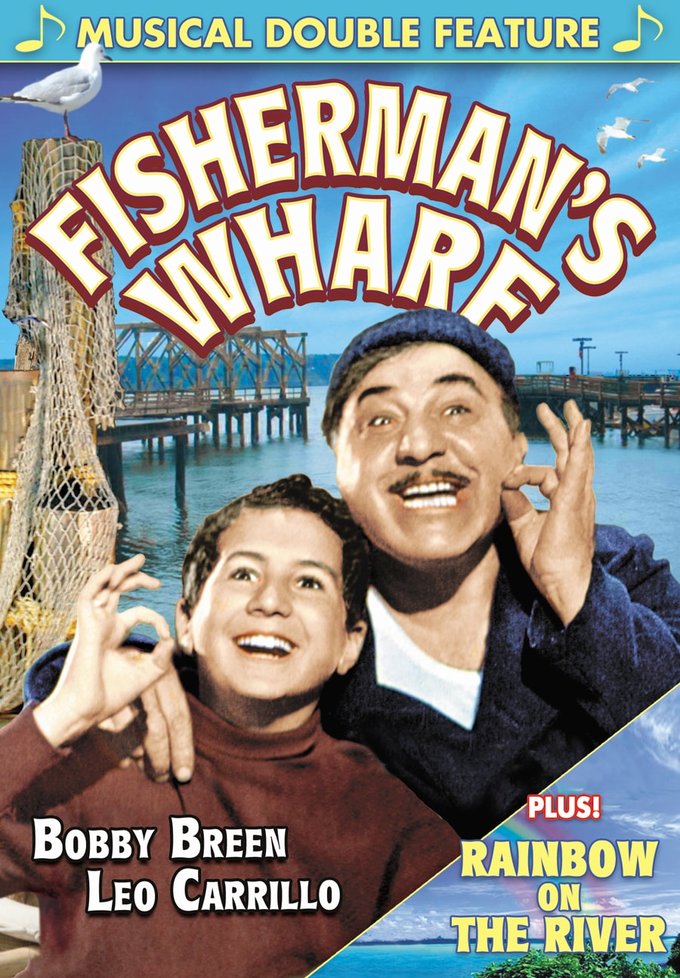 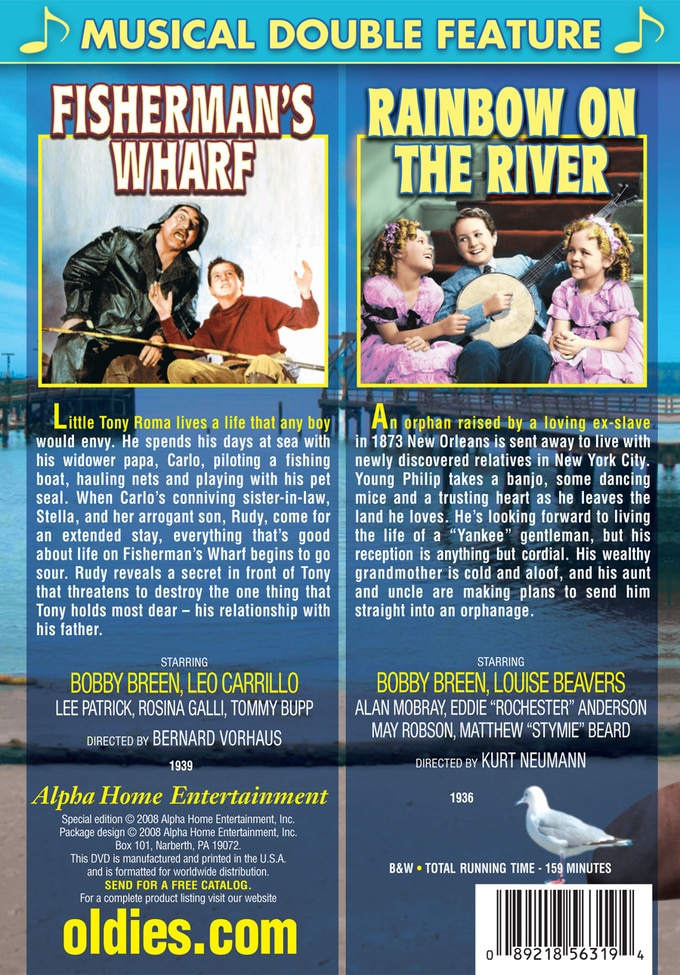 Fisherman's Wharf (1939, B&W): Little Tony Roma lives a life that any boy would envy. He spends his days at sea with his widower papa, Carlo, piloting a fishing boat, hauling nets and playing with his pet seal. When Carlo's conniving sister-in-law, Stella, and her arrogant son, Rudy, come for an extended stay, everything that's good about life on Fisherman's Wharf begins to go sour. Rudy reveals a secret in front of Tony that threatens to destroy the one thing that Tony holds most dear - his relationship with his father. Starring Bobby Breen, Leo Carrillo, Lee Patrick, Rosina Galli, Tommy Bupp; Directed by Bernard Vorhaus.

Rainbow on the River (1936, B&W): An orphan raised by a loving ex-slave in 1873 New Orleans is sent away to live with newly discovered relatives in New York City. Young Philip takes a banjo, some dancing mice and a trusting heart as he leaves the land he loves. He's looking forward to living the life of a "Yankee" gentleman, but his reception is anything but cordial. His wealthy grandmother is cold and aloof, and his aunt and uncle are making plans to send him straight into an orphanage. Starring Bobby Breen, Louise Beavers, Alan Mobray, Eddie "Rochester" Anderson, May Robson, Matthew "Stymie" Beard; Directed by Kurt Neumann.