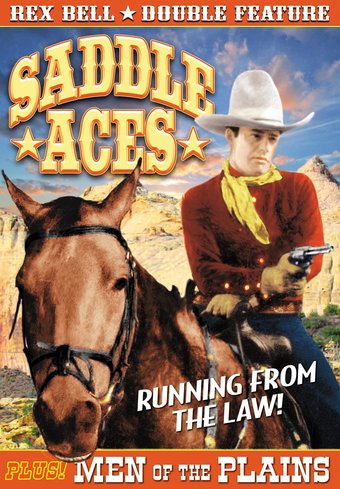 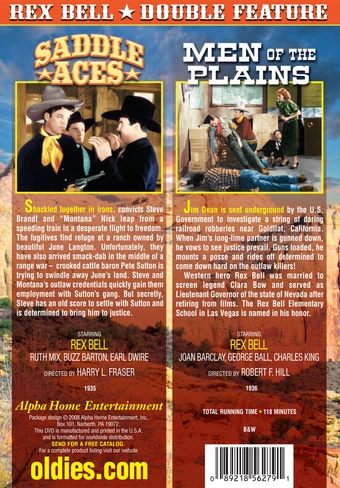 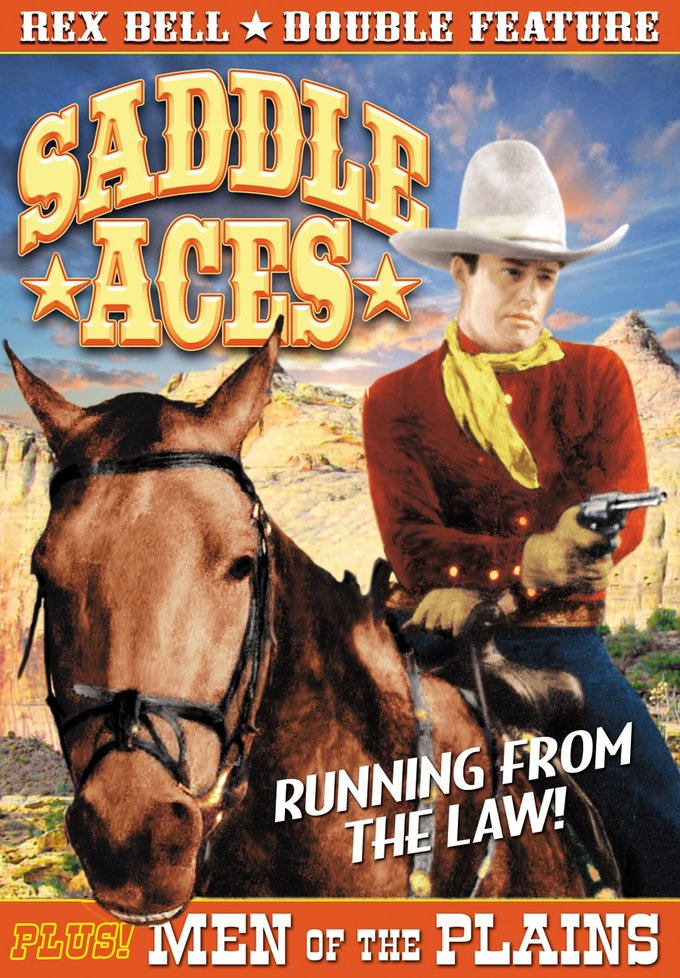 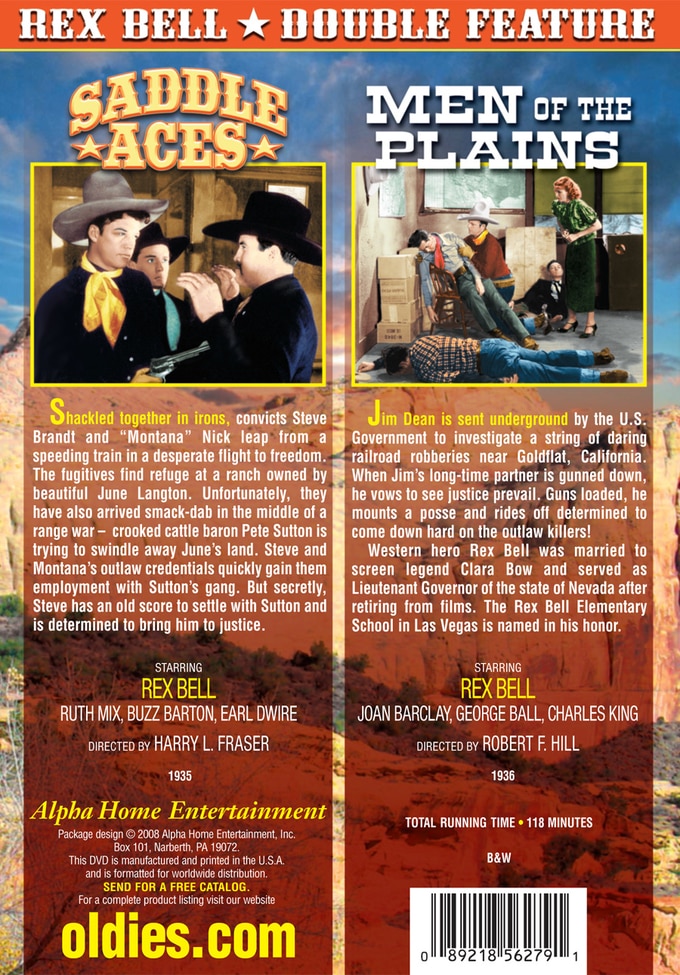 Saddle Aces (1935, B&W): Shackled together in irons, convicts Steve Brandt and "Montana" Nick leap from a speeding train in a desperate flight to freedom. The fugitives find refuge at a ranch owned by beautiful June Langton. Unfortunately, they have also arrived smack-dab in the middle of a range war - crooked cattle baron Pete Sutton is trying to swindle away June's land. Steve and Montana's outlaw credentials quickly gain them employment with Sutton's gang. But secretly, Steve has an old score to settle with Sutton and is determined to bring him to justice.

Men of the Plains (1936, B&W): Jim Dean is sent underground by the U.S. Government to investigate a string of daring railroad robberies near Goldflat, California. When Jim's long-time partner is gunned down, he vows to see justice prevail. Guns loaded, he mounts a posse and rides off determined to come down hard on the outlaw killers!

Action | Adventure | Outlaws | Compilation
This product is made-on-demand by the manufacturer using DVD-R recordable media. Almost all DVD players can play DVD-Rs (except for some older models made before 2000) - please consult your owner's manual for formats compatible with your player. These DVD-Rs may not play on all computers or DVD player/recorders. To address this, the manufacturer recommends viewing this product on a DVD player that does not have recording capability.